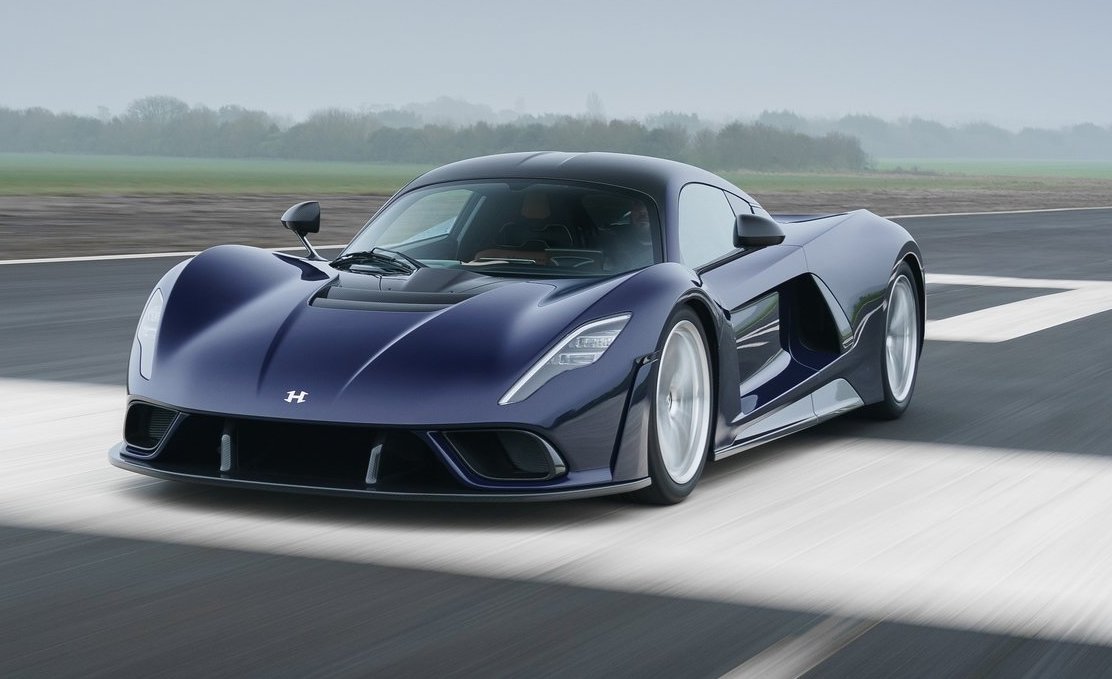 As promised, the production-ready specification of the 2021 Hennessey Venom F5 has been unveiled in all of its 1800hp glory. If you desire sheer speed, this one is right down your alley. 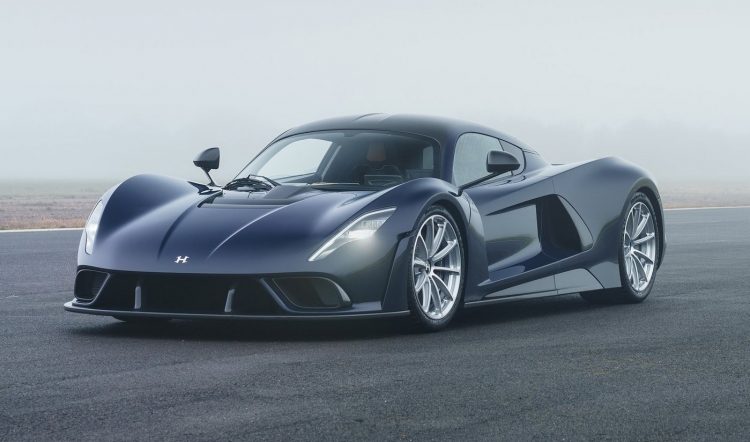 Power comes from a mega 6.6-litre twin-turbo V8 that belts out a mind-bending 1355kW (1817hp) at 8000rpm, and 1617Nm at 5000rpm. According to Hennessey, this is the most powerful production road car engine ever, offering a specific output of 205kW:1L of engine capacity. 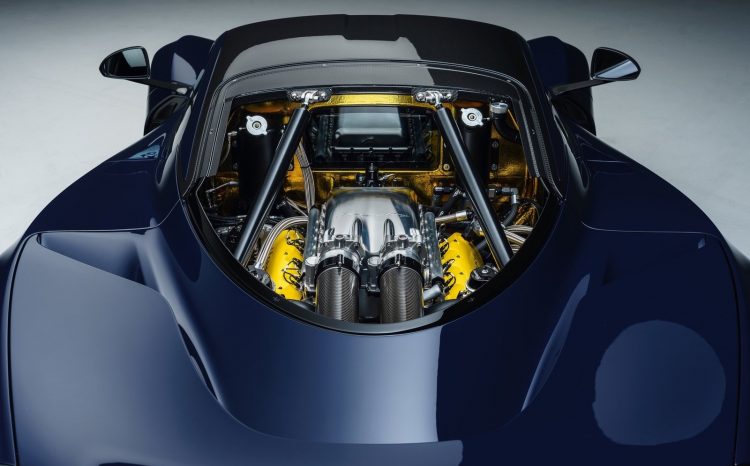 Some independently-verified speed runs by Racelogic Vbox engineers are scheduled for 2021 at the NASA Kennedy Space Center shuttle landing strip to lock in the numbers. The runway stretches 5.2km, which is not quite long enough for absolute top speed runs but should be long enough for the main acceleration stints and to hit the 500km/h mark.

To handle all of that power and speed, the F5 uses 19-inch forged aluminium wheels wrapped in 265/35 Michelin Pilot Sport Cup 2 tyres on the front, with 20-inch wheels on the back wearing 345/30 tyres. Behind these are 390mm carbon ceramic front and rear brakes, with six-piston calipers on the front and four-piston on the back. 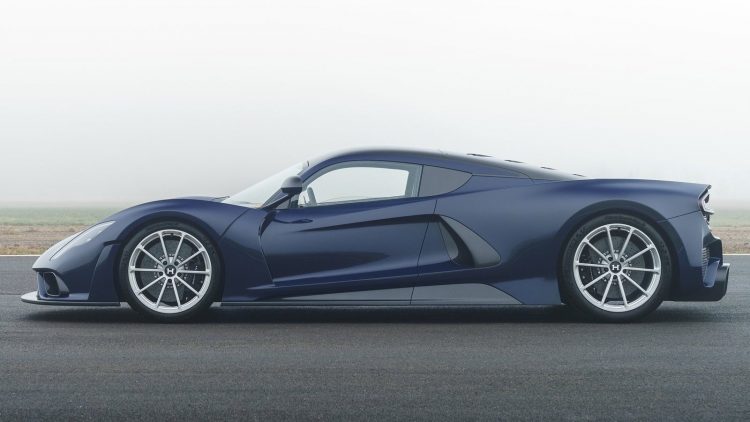 Some of the performance is also thanks to a very lightweight construction. It consists of a carbon fibre monocoque that weighs just 86kg. All body panels and the front and rear spoilers are also made from carbon fibre, leaving a kerb weight of just 1385kg. Speaking about the F5, company founder John Hennessey said:

“Our customers love speed, so we’re fired-up to push the boundaries of what’s possible to attempt the world’s fastest production car record, but the Venom F5 is about more than just speed and power. This car will handle superbly, quality is exceptional, there are more than 3000 bespoke parts, materials are exquisite, everything is a fitting tribute to 30 years of the Hennessey brand.” 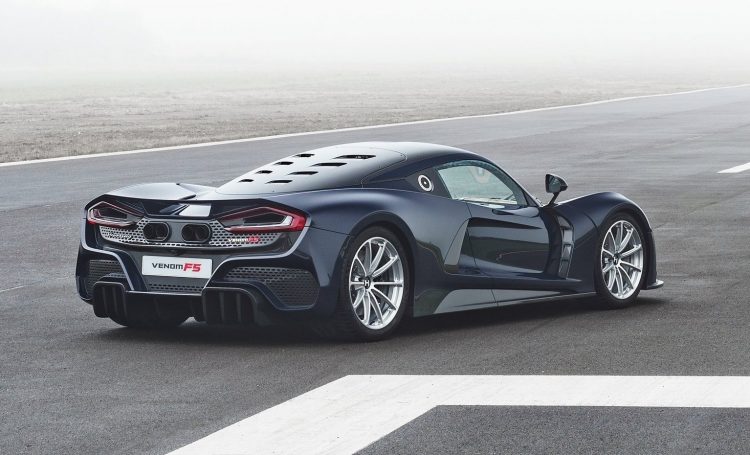 Handling is sure to be very impressive thanks to a double-wishbone configuration front and rear, with fully adjustable coil-over suspension using Penske dampers. Drivers can also toggle through the five-mode driving system, with Sport, Wet, Drag, Track, and F5 modes.

Hennessey is planning to build just 24 examples of the F5, with each order tailored to each customer. Prices start at a bargain US$2.1 million.