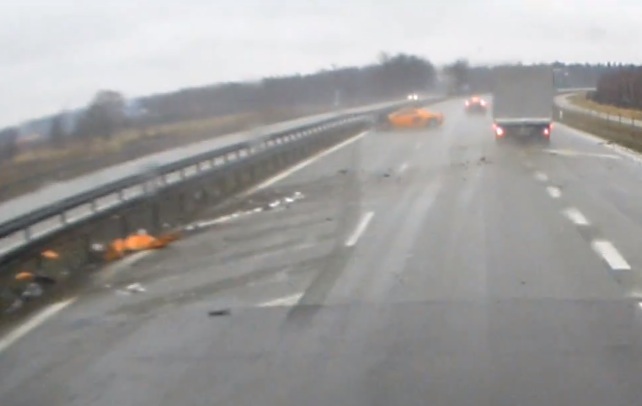 A McLaren 650S, reportedly with German number plates, has been caught in a bit of strife on a horribly wet day somewhere in Poland. 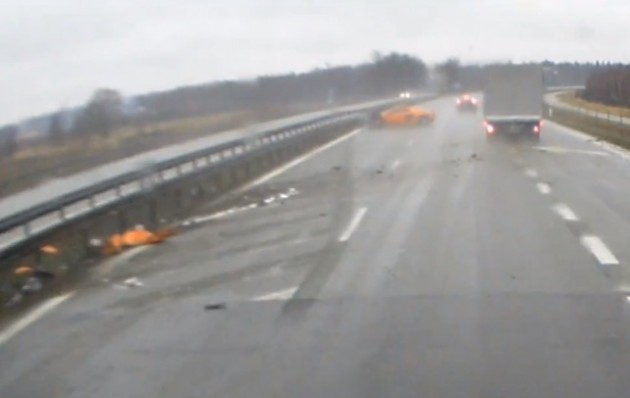 There is an up-side to some eastern European nations having such dangerous roads. For insurance purposes, a large number of vehicles have dashboard cameras to capture footage just like this.

The driver of the McLaren came in at a reasonable speed by the looks of it, only to be slowed by a car in the fast lane. The driver followed closely behind the car while overtaking two trucks. Conditions, as you can see in the video below, were terrible.

At around 10 seconds in, when the car in front returns to the slower lane, you can hear the McLaren’s twin-turbo V8 light up. The driver then loses control after the back end steps out, resulting in a nose-punch into the guardrail. The supercar then spins completely about three times, repeatedly hitting the rail on its way around.

It’s believed the driver did escape serious injury. As for the McLaren, it’s going to need some extensive surgery before it sees another road again.