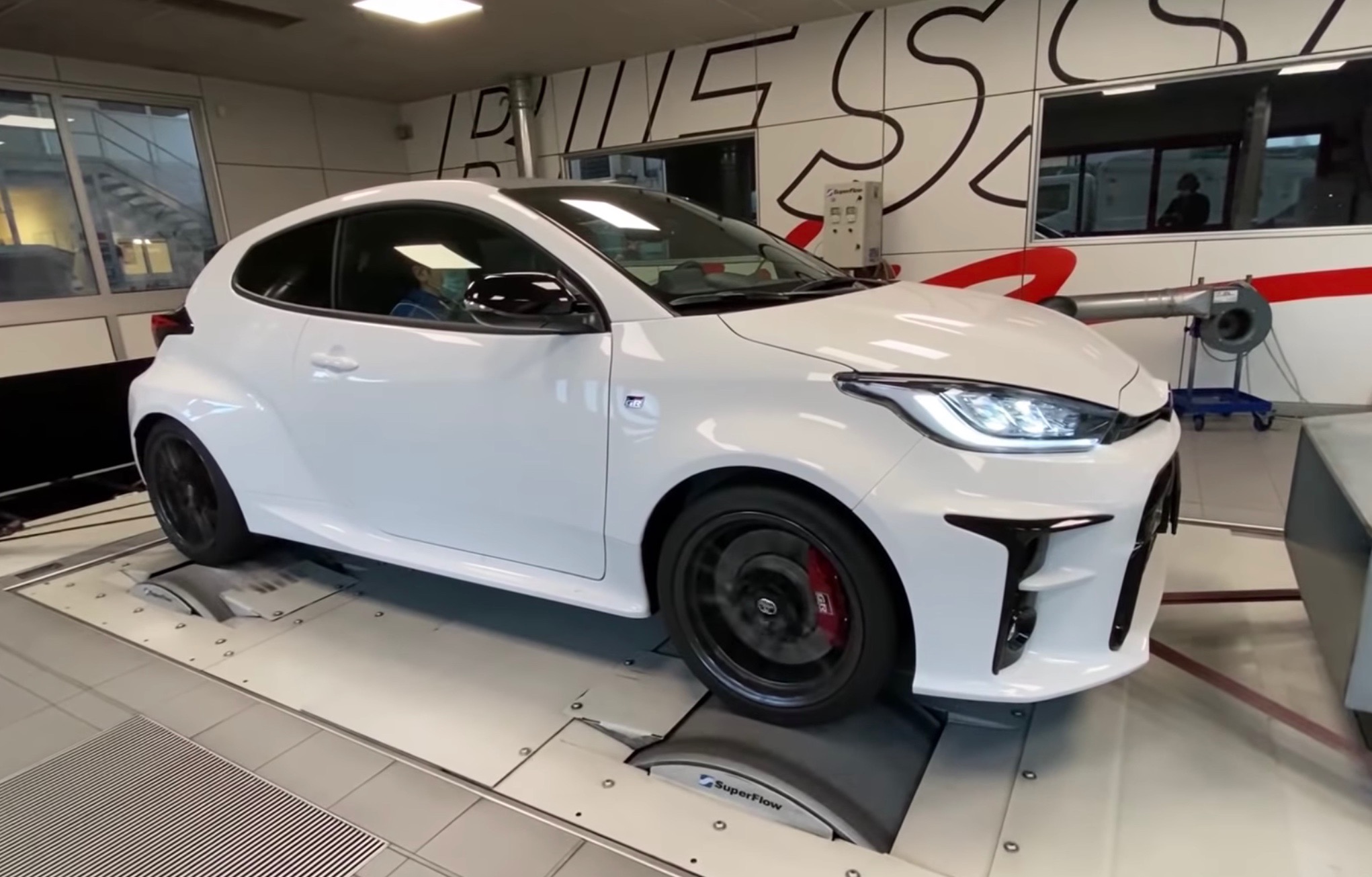 Toyota Australia hasn’t even launched the hotly-anticipated GR Yaris yet, but fans might be wondering what sort of power the engine actually produces when strapped to a dyno. Well, a tuner in Italy, Biesse Racing, managed to get ahold of one to see what sort of power it produces on its rolling-road dyno. The results are impressive indeed. 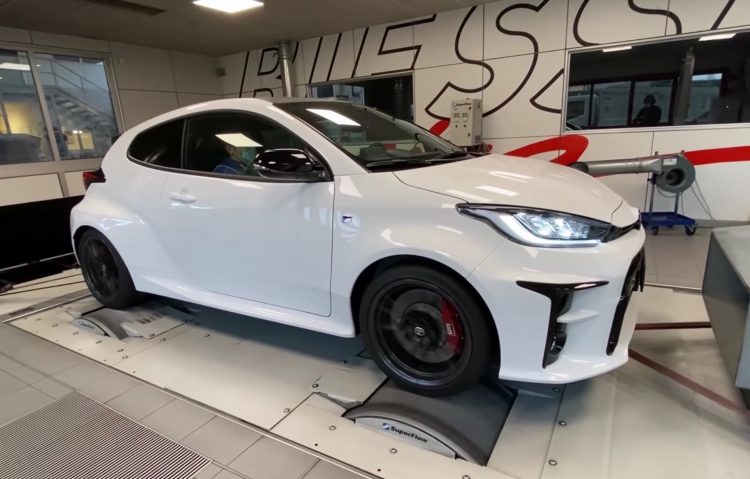 Before we get to the numbers we should point out that the dyno is showing output figures at the engine, as opposed to the more common ‘at the wheels’ readout. This is highlighted at around the 2:25 mark in the video, which shows “CEngHp”, which basically means corrected engine power. The dyno is able to calculate the driveline loads during the overrun, and then provides a reading for the engine output, at the crank.

It laid down a mean 278.1 metric horsepower (PS), which translates to 204.5kW, as well as 367Nm. That’s awesome considering this is all from a three-cylinder engine, with power going to all four wheels. It also stacks up well with Toyota’s official figures. 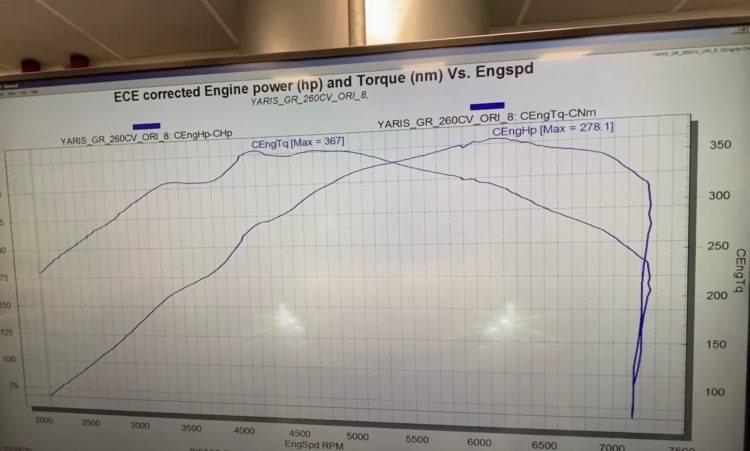 To refresh your memory the GR Yaris features the world’s most powerful production three-cylinder engine. It’s a 1.6-litre turbo. Toyota Australia claims an output of 200kW and 370Nm, making it the most powerful hot hatch in the compact car class. In fact, it’s about as powerful as some of the larger and more serious hot hatches, such as the Hyundai i30 N and Renault Megane RS.

According to the video title the car being tested is completely stock and was run on 98 RON fuel. We assume the tuner is laying down some baseline runs in anticipation for upcoming tuning. Speaking of which, it will be very interesting to see what sort of numbers tuners can extract from the micro machine in the future.

As reported yesterday Toyota Australia has sold out the first allocation of 1100 vehicles here, with more to come next year. A special GR Yaris Rallye edition will also arrive next year bringing in some harder-core highlights, such as limited-slip differentials for the front and rear, and forged wheels.

The official local launch takes place in December. In the meantime you can check out the dyno run in the video below – it also provides a nice preview of the engine sound.