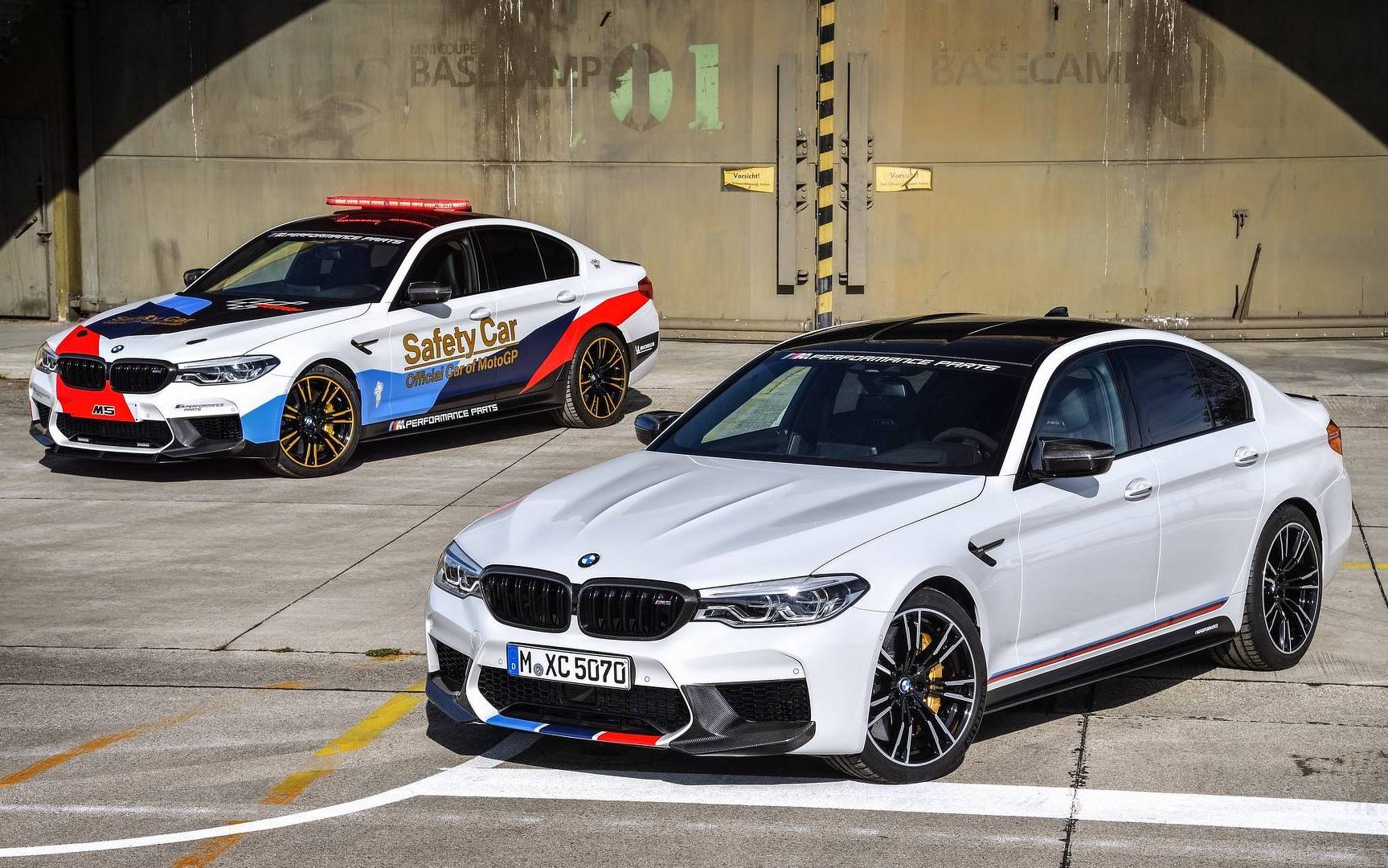 Yes, we know the 2018 BMW M5 has already been revealed. But this is the first time the tasty M Performance accessories have been showcased. They coincide with the announcement of the new M5 MotoGP Safety Car, which is covered in M Performance stuff. 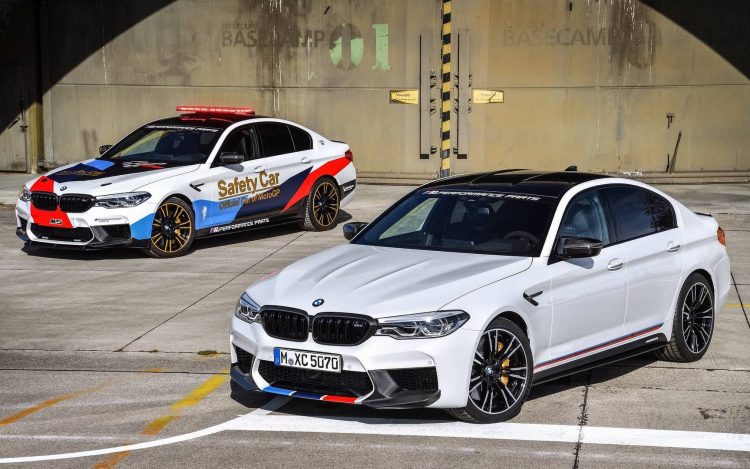 The new M5 will be one lethal machine when it arrives next year. It features a 441kW 4.4-litre twin-turbo V8 engine that also churns out 750Nm, and comes with a new eight-speed automatic transmission (non dual-clutch) that feeds twist into an all-wheel drive system for the first time. Fortunately for drift and burnout fans, there is a full rear-wheel drive mode that drivers can select from within the car.

For those wanting more, BMW’s sub-brand M Performance – not to be confused with M or M Sport – has developed some crafty bits and pieces that really boost the stately sedan’s street presence and overall attraction. 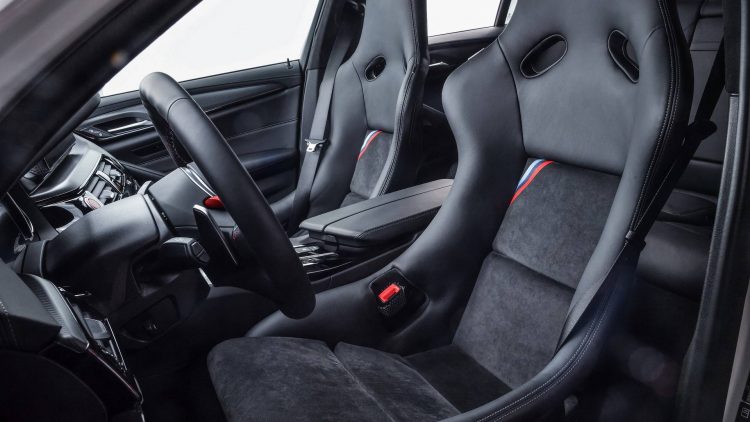 None of this really changes the performance of the M5, not that it needs any sort of improvement in that area. However, BMW says the parts and accessories meet all functional requirements in terms of aerodynamics, cooling and construction for use on the MotoGP car. In other words they will be more than suitable for owners and track-day fans.

The new M5 comes with a claimed 0-100km/h time of just 3.4 seconds, and a top speed limited to 250km/h as part of German formalities. It’s set to go on sale in Australia during the first half of 2018.