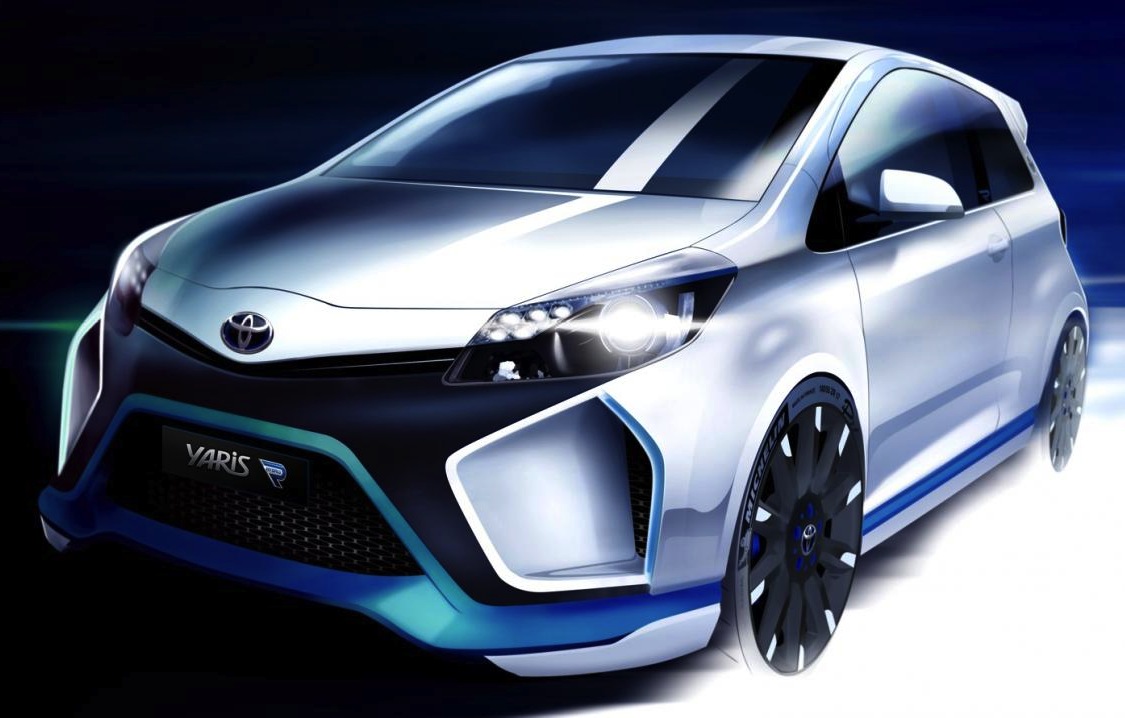 This is the first full image Toyota has released previewing the Yaris Hybrid-R concept car the company plans to unveil at the Frankfurt Motor Show next month. 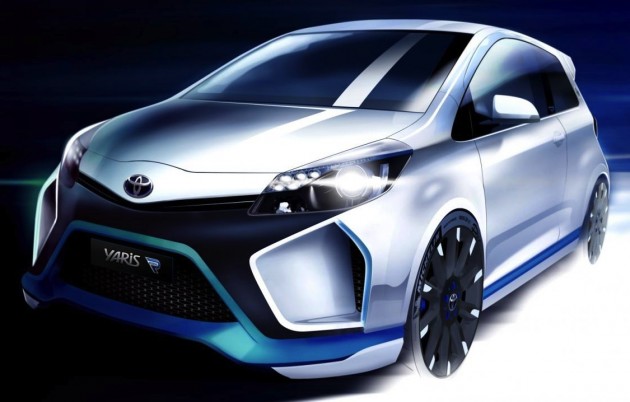 As the name suggests, the Yaris Hybrid-R is a racy version of the Yaris, including a sports hybrid system. Some of the technology for the powertrain is borrowed from the Le Mans TS030 race car.

The powertrain is made up of a 1.6-litre GRE (global race engine) engine developed by Toyota Motorsport. It’s paired with two electric motors that power the rear wheels. Using a clever energy recovery system, a super capacitor stores energy under braking. Toyota said in a recent statement,

“The result is a highly focused machine, designed to deliver the maximum driving pleasure, both on road and track.”

Specific outputs are yet to be mentioned, but by the looks of it, Toyota is going for a very sporty personality with the concept. It looks like it will feature lots of black highlights, huge intakes in the front end, and a somewhat bolstered stance with muscly wheel arches.

Although there are no plans for the concept to go into production, much of the technology is expected to eventually trickle down into a production car in the not-too-distant future.