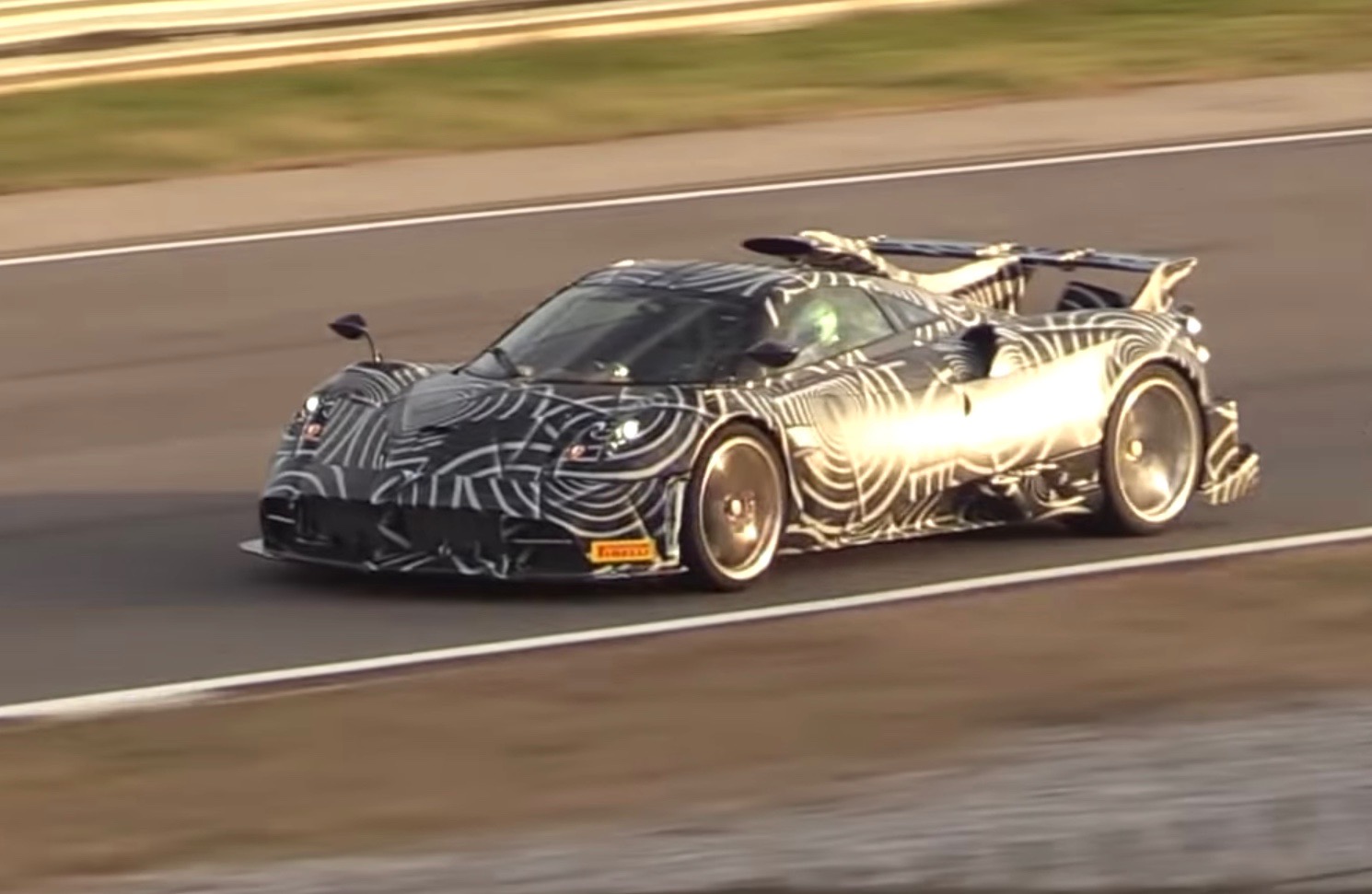 A hardcore Pagani Huayra has been spotted doing some test laps in France, wearing one of the craziest aero packages we’ve ever seen for the Huayra. It’s believed to be the makings of a new hypoactive track-ready version set for the market. 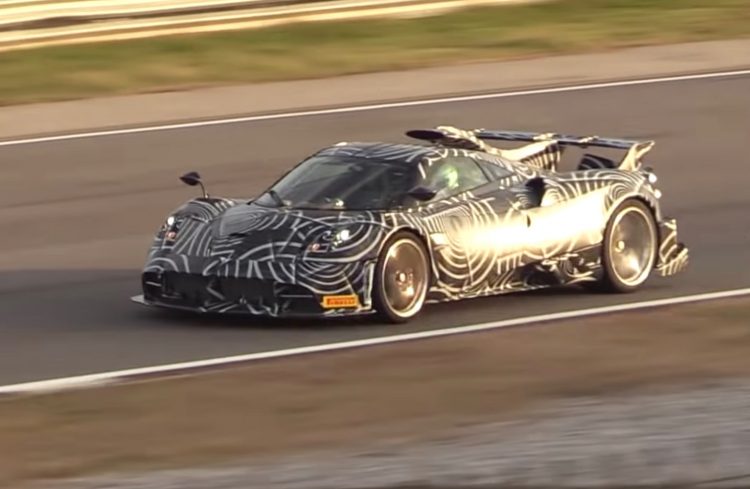 Concrete details are very scarce at this stage but it’s understood it will enter the market above the Huayra BC, featuring more power, more aero, less weight, and an even more driver-focused interior.

To refresh your memory, the BC was a special lighter weight version featuring a 6.0-litre twin-turbo V12 that produced 588kW and 1098Nm (up from 543kW and 1000Nm in the standard model).

For this example it’s clear to see the aero is massively enhanced. There’s a big roof scoop that gulps in air for the engine, while the front splitter is extended and features larger air dams, with a larger wing at the back. It looks like some of these parts are active as well, including the flaps on the bonnet and behind the engine cover like on the regular Huayra. 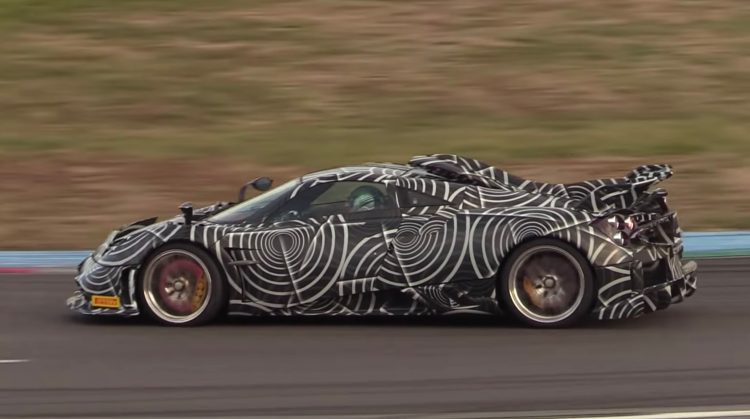 According to the video description the package was originally a kit commissioned by Russian tuning specialist TopCar Design, called the Huayra Dragon. But now Pagani is apparently using some of – or all of – the design for this production version. It says Pagani is planning to build just five examples.

You can hear the trademark V12 wail and whine around the circuit, however, it doesn’t give off a super-loud noise. Not like the old Pagani Zonda R, for example, which featured a naturally aspirated V12. In saying that, this could be seen as a successor to the Zonda R.

In the engine compartment we can probably expect some level of tuning. The 6.0-litre twin-turbo might be tweaked to produce well over 600kW, which, in today’s world of hypercars isn’t all that much. Ferrari just revealed a new supercar with 736kW earlier this week, called the SF90 Stradale. And that’s not even a ‘hypercar’.

We’ll have to wait and see what Pagani comes up with here. Click play below to see how she goes. It looks effortlessly quick, reeling in the straights like they’re not even there.