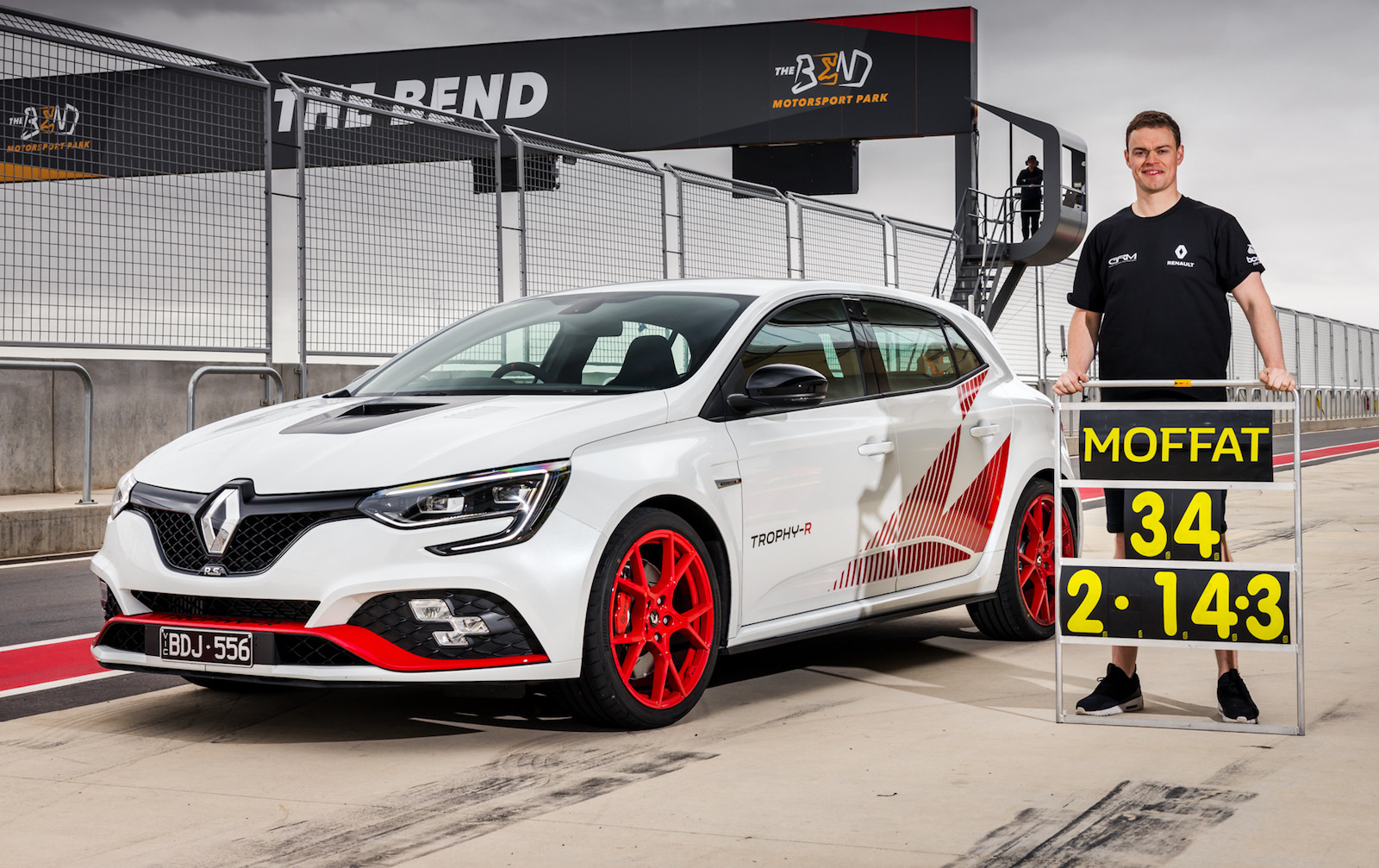 Coinciding with its local market arrival, the Renault Megane RS Trophy-R has already made its mark by setting a lap record around The Bend Motorsport Park in Adelaide, for a front-wheel drive production car. 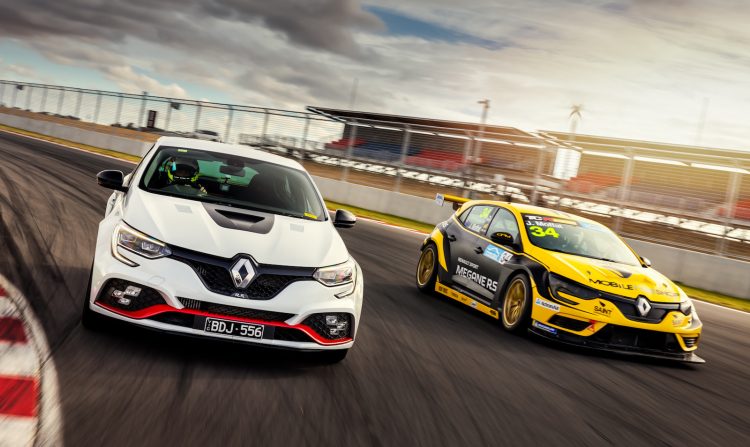 With TCR driver James Moffat behind the wheel, the new super hatch did a lap in 2:14.316 at the relatively new circuit. Although there was no previous record to conquer, this lap time is going down as the quickest-recorded for a production front-wheel drive.

The Australian market has only 12 Megane RS Trophy-R examples on offer, as part of the limited-build worldwide of just 500 units. All local versions were sold online, even before the car’s global release in July. 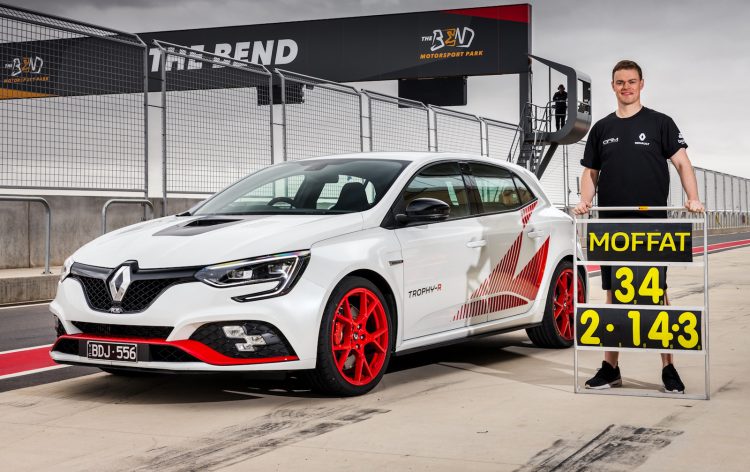 An additional example was also secured by Renault Australia, known as the Trophy-R Record Breaking edition. It was designed to celebrate the recent lap record it set at the Nurburgring, with a time of 7:40.1. This example, one of only 30 worldwide, will be sold in 2020 via a public auction.

As previously reported, the Trophy-R sits at the top of the foodchain in Renault’s now-extensive hot hatch lineup. It runs from the Megane RS Sport, RS Cup, and RS Trophy, to the Trophy-R. All are powered by a 1.8-litre turbo four-cylinder, however, the Sport and Cup produce 205kW while the two Trophy versions develop 220kW. Speaking about the lap, Moffat said:

“To be able to take a road car and put it onto a track such as The Bend Motorsport Park and set a record time at the circuit that rivalled the times of the production cars racing here this weekend really shows the capabilities of the car. The Megane R.S. Trophy-R was first of all a great fun car to drive and I was very impressed with not only the engine performance but the braking and cornering performance, I really have nothing but good things to say about it, it was just so much fun.” 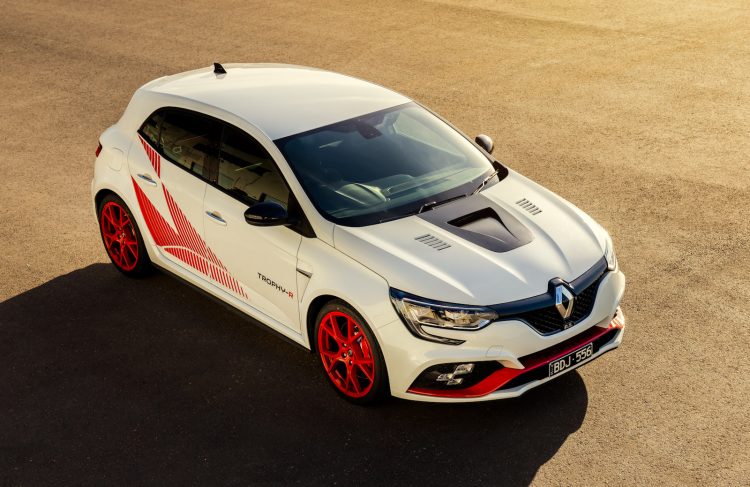 The Renault Megane RS Trophy range is on sale in Australia now from the following prices (excludes on-road costs). See further below for a video of the record lap at The Bend Motorsport Park.