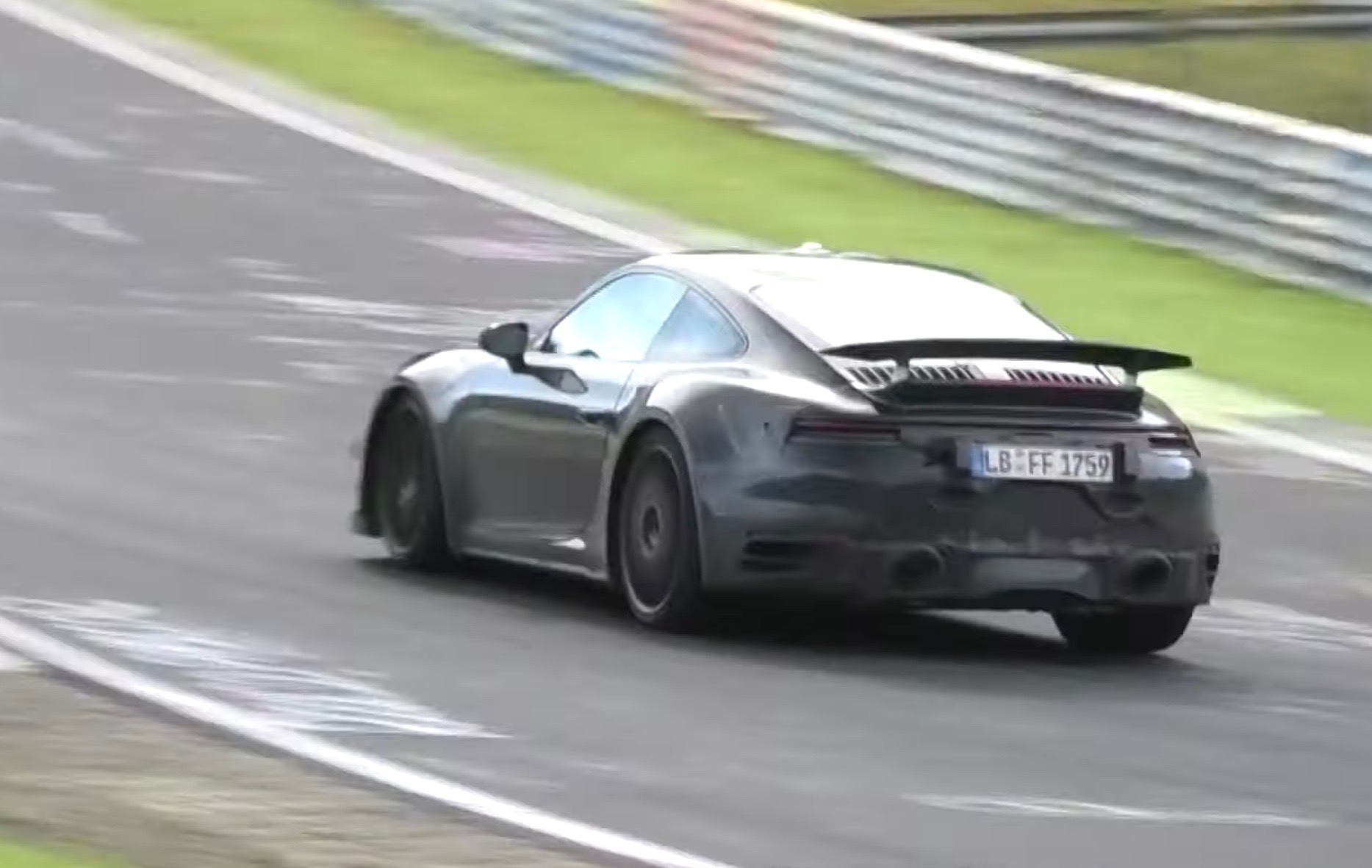 Porsche has been spotted once again pushing prototypes of the 2020 911 Turbo hard around the Nurburgring, as it prepares the new icon before its market arrival by the middle of next year. 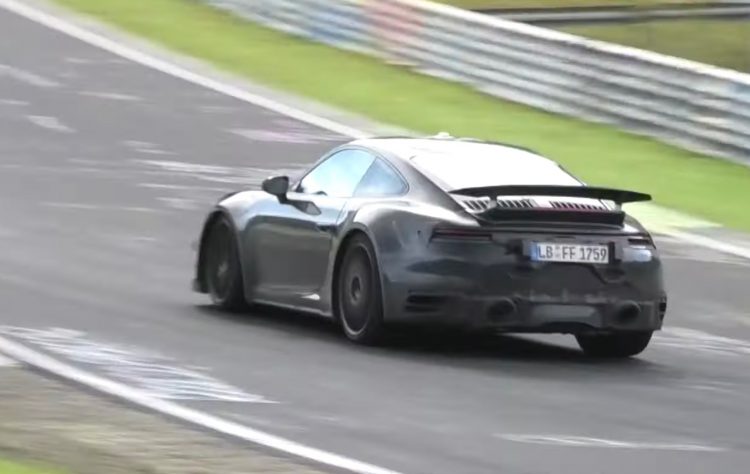 We now know quite a bit about the next-gen 992 911 Turbo thanks to media test drives conducted overseas. The Turbo S, in particular. It’s set to come with a yet-further-evolved version of the existing 3.8-litre twin-turbo flat-six engine, producing somewhere in the region of 478kW (650PS) and 800Nm.

As a result, the new model is very likely to come in as the fastest and quickest Turbo ever. There’s talk of a 0-60mph (97km/h) time of around 2.5 seconds, while the top speed will no doubt be well over 300km/h. Part of the extra speed will come from a switch to an eight-speed dual-clutch auto transmission, swapping out the existing seven-speed in the 991 911 Turbo.

In this latest video we get to see test drivers pushing some prototypes hard, beyond the limit of the tyres at some point. We get a clear taste of the engine’s soundtrack too, which sounds very familiar. And you can hear the quick gear shifts as the dual-clutch unit does its thing.

It’s understood the 992 version will continue with all-wheel drive but with a hydraulic limited-slip differential for the centre, and an electronic-type unit at the rear. As seen in the video, evidence of oversteer suggests the all-wheel drive system will continue to be rear-biased in torque split between the front and rear axles.

As for the exterior design, the 992 911 Turbo will showcase the new-look full-width taillight design as seen on the regular 992 models. The famous air intake behind the doors, within the rear haunches, is set to carry on from past generations. However, the extraction vents behind the rear wheels look very big and open, at least on the prototypes.

Check out the video below for a preview. The full reveal is expected to take place in the first quarter of next year.