Tarzan Yamada and the Cyber Mitsubishi Lancer EVO were crowned the winner of the 2011 Superlap World Time Attack Challenge at Eastern Creek Raceway yesterday. Tarzan managed a best time of 1:28.851 in the Pro class during the two-day event, which ran from Friday until Saturday afternoon. 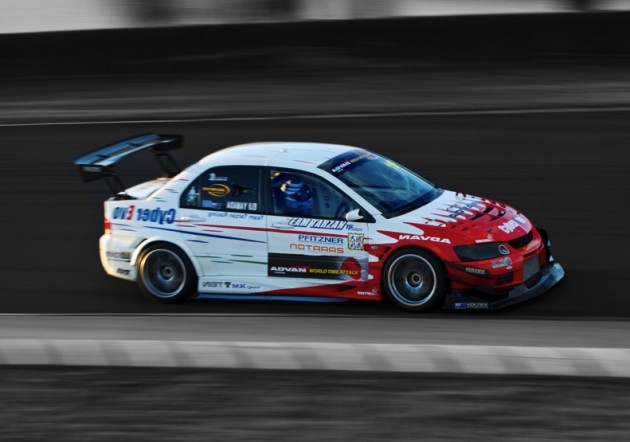 This is the second-year running Tarzan and the Cyber EVO have managed to win the Superlap Time Attack, but he did improve on his last year’s best time of 1:30.587 in the same car, albeit with slightly different settings. 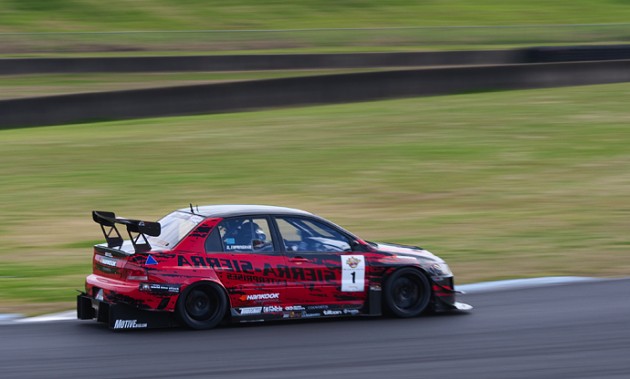 Also like last year’s 2010 Superlap Time Attack, the 2011 Superlap second fastest lap of the day went to David Empringham in the Sierra Sierra Mitsubishi Lancer EVO. He managed a best lap of 1:29.024 in the Pro class, improving on his 2010 second-place time of 1:31.884.

Empringham did hold the fastest lap for some of the early sessions yesterday, but that was before Tarzan had the chance to go out for a flat-out run. On Tarzan’s first proper attempt in attack mode, he posted what ended up being fastest overall time of the day. 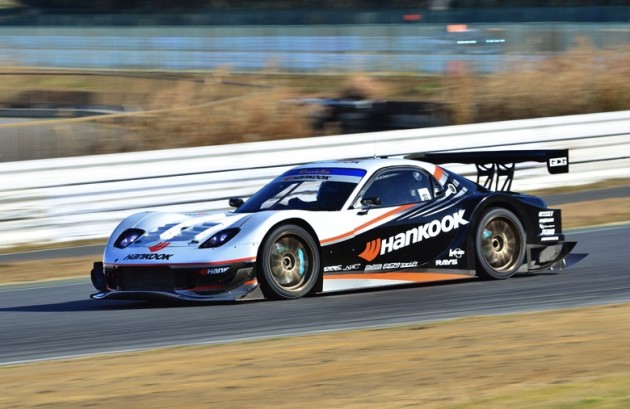 Third fastest lap of 2011 Superlap was Mitsuhiro Kinoshita in the Garage Revolution Mazda RX-7, also in the Pro class, with a best time of 1:30.501. The RX-7 uses a 13B rotary engine with a single GCG TO4Z turbocharger churning out 448kW (600hp) – plenty of power for a car weighing just 1000kg.

Check below for the top 10 fastest lap times in Pro, Open, and Clubsprint classes:

For more information on the event and more results, head over to www.worldtimeattack.com