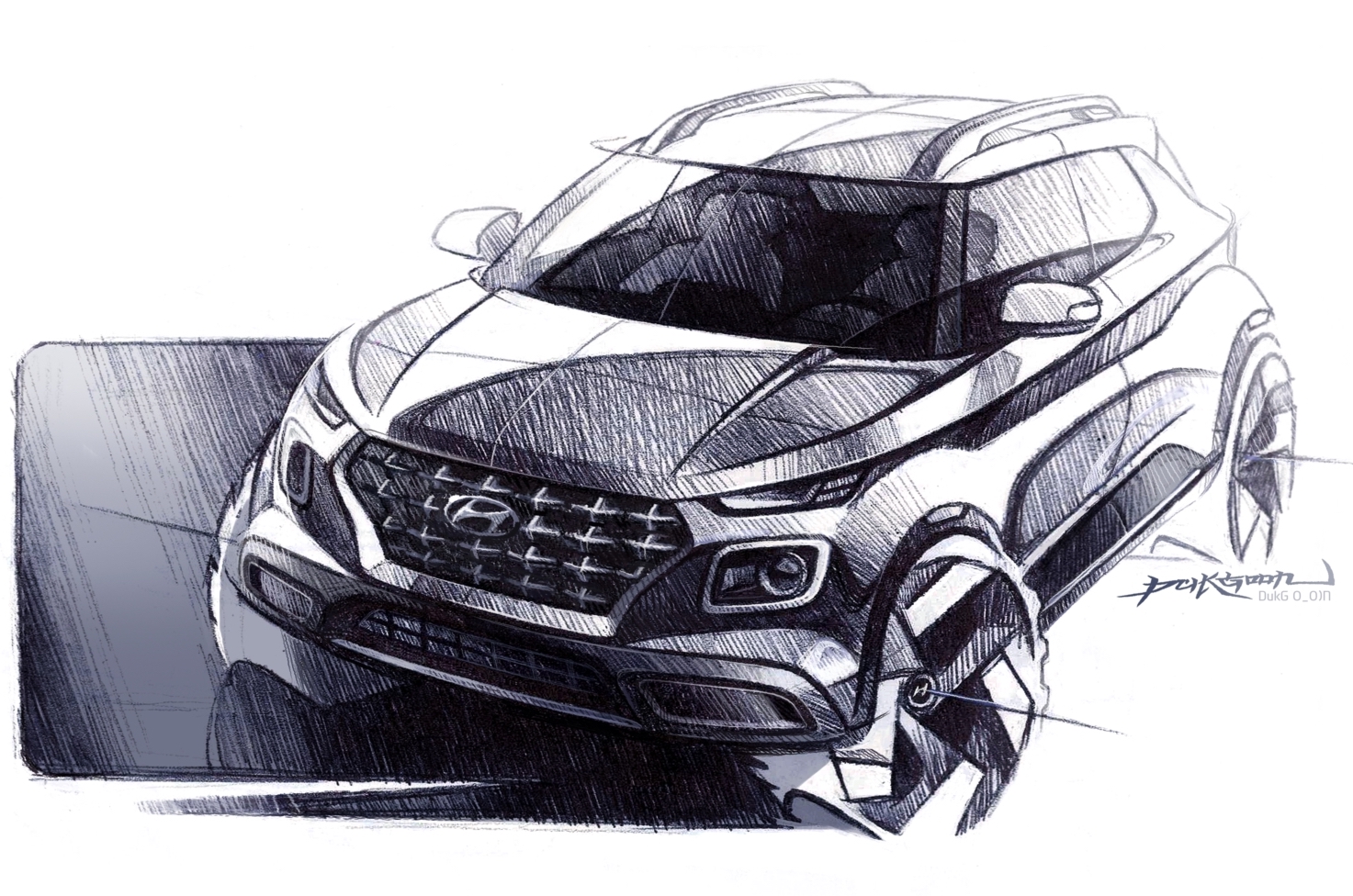 Remember how Hyundai confirmed an all-new compact SUV a couple of weeks ago and revealed it will wear the name Venue? Well, here are some new teaser sketches previewing its design. 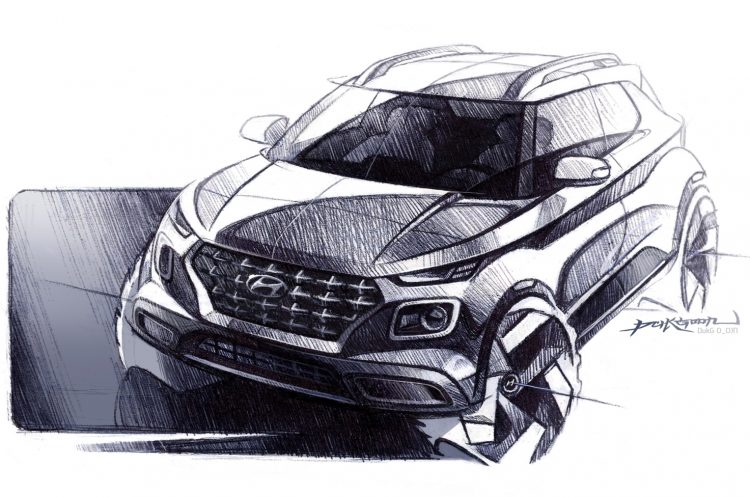 Hyundai says the Venue will symbolise a trendy, unique style, embodying the characteristics of both “the place to be,” and en route to a destination, wherever it may be. The company also describes the new model as being a great fit for everyday workplace activities as well as supporting weekend fun.

No concrete specs or anything have been released as yet, but at least now we do get a pretty good idea of its design. The official sketches show a unique interpretation of the ‘cascading grille’ layout at the front, supported by the split headlight layout that we’ve seen with the Kona and more recently the new Santa Fe.

Along the sides there appears to be some impressive wheel arches which give the SUV a decent stance on the road, while the rear looks like it tapers down in fashionable coupe-like form. There’s also some black A-pillars for a floating roof appeal. 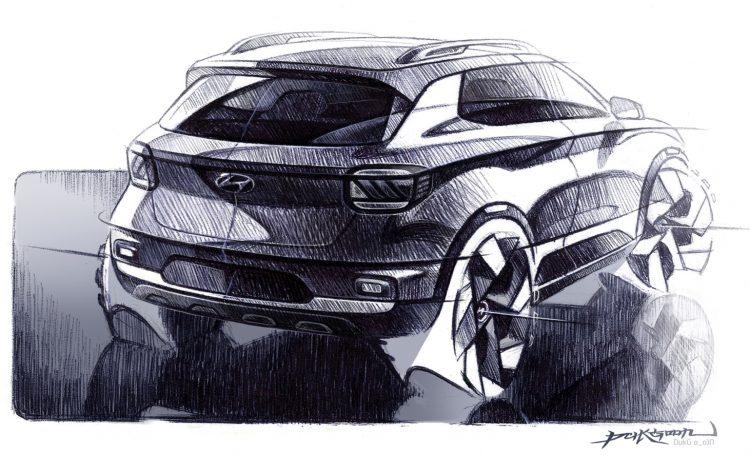 Around at the back it seems to venture away from Hyundai’s current themes. Presented are some square taillights, unlike the thin, elongated treatment given to the Kona and Santa Fe. A new tailgate hatch wraps around to a sporty bumper bar.

We also get a nice look at the interior, albeit in sketch from. There’s a floating-style tablet touch-screen on the dash, and relatively clean and straight lines that make up the rest of the main fixtures. A conventional centre console houses an arm rest and likely a storage box underneath.

This should be an exciting little car for the market, and it will give Hyundai an answer to vehicles such as the Suzuki Ignis and Ford EcoSport, and other compact SUVs.

The local arm confirms it will go on sale in Australia in the second half of this year. We assume it will sit in the same market segment as the Kona, although being slightly smaller. A public unveiling will take place at the New York auto show from April 18. 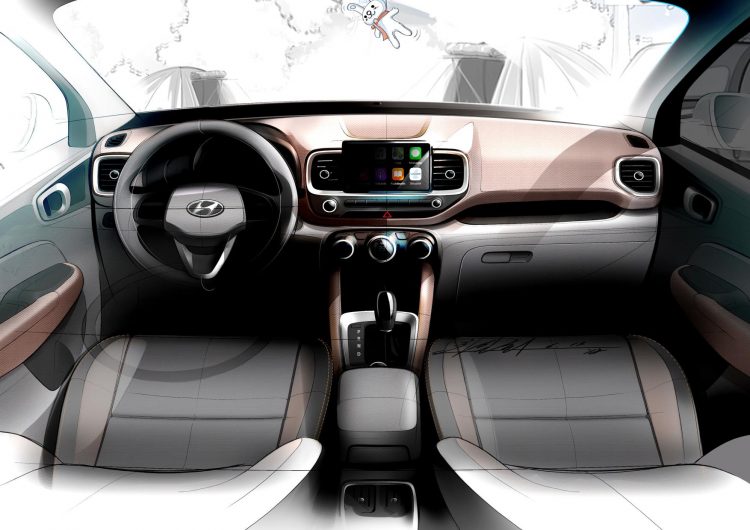