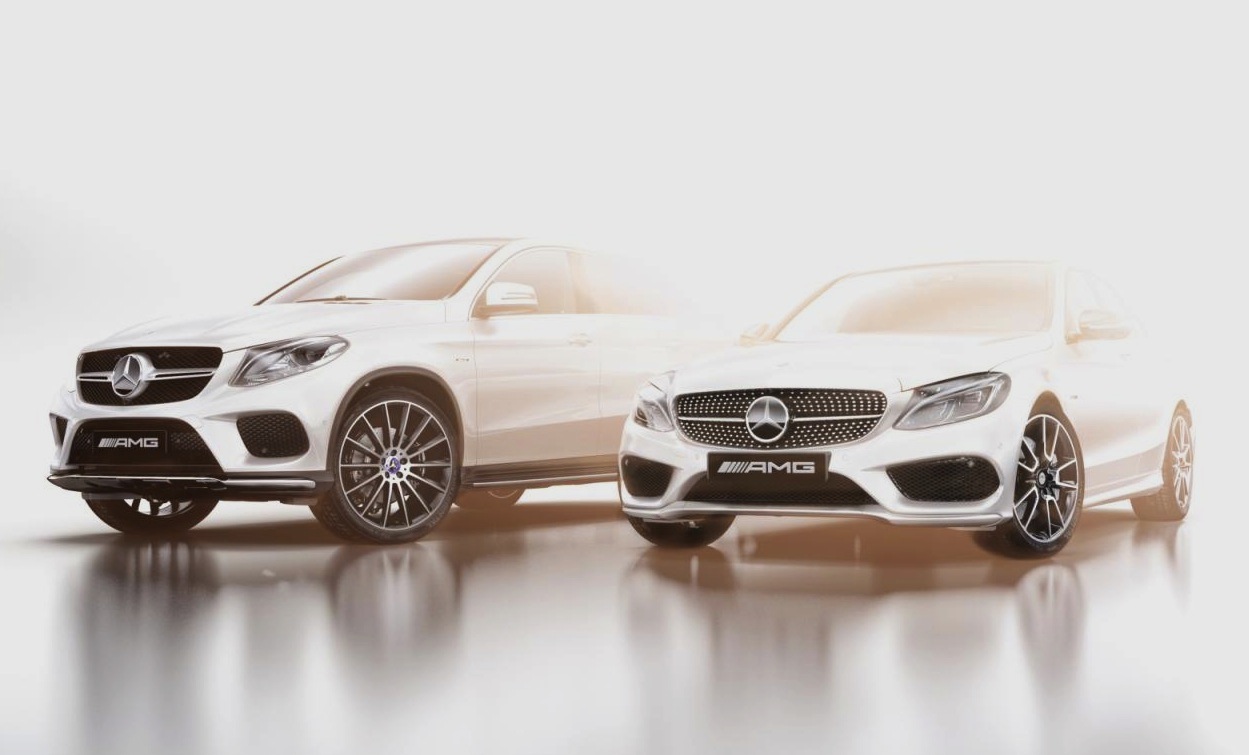 During a recent media event in Spain Mercedes-Benz reportedly confirmed two new models are on the horizon; the C 450 AMG and the GLE 450 coupe SUV. 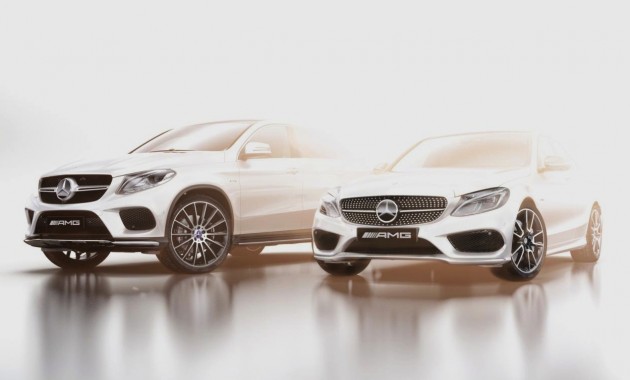 Mercedes-Benz is looking to bridge the gap between its regular models and its high-end AMG models. Earlier this week it announced the ‘AMG Sport’ sub-brand, which is being set up precisely to fill that gap and to provide competition for BMW’s M Performance brand and Audi’s Quattro brand.

To kick things off it will showcase two new models under the new brand at Detroit. According to a coches.net report, those two vehicles have been confirmed to be the C 450 and GLE 450. If we take a closer look at the teaser image (above) from a few days ago we can see the cars do fit the description.

It seems the company is indeed planning a sub-C 63 AMG model as previously expected. It will debut a powerful V6 bi-turbo engine producing around 280kW, making it a perfect variant to rival vehicles like the Audi S4.

Aside from a potent V6 engine, the special model is expected to come with various performance enhancements like uprated brakes, suspension, and a bespoke bodykit. Some interior highlights might also help distinguish the mid-sizer from its regular all-business-and-no-play brothers.

As for the GLE, Mercedes has confirmed it is working on a large coupe SUV and has even unveiled a concept to prove its intent. The new model will be a rival to the BMW X6, with the first of the lineup set to be a ‘GLE 450’ AMG. It’s understood it will get the same bi-turbo V6 engine as the C 450, producing similar figures.

These sound like quite attractive models, especially as they will be priced sharper than the less-accessible AMG top dogs. We’ll keep you updated with any official info that we hear, including in the lead up to the big show which starts on January 12.