A successor to the mighty Bugatti Veyron, also known as the fastest production car in the world (431km/h), is coming. The vehicle’s chief engineer recently revealed development has begun. 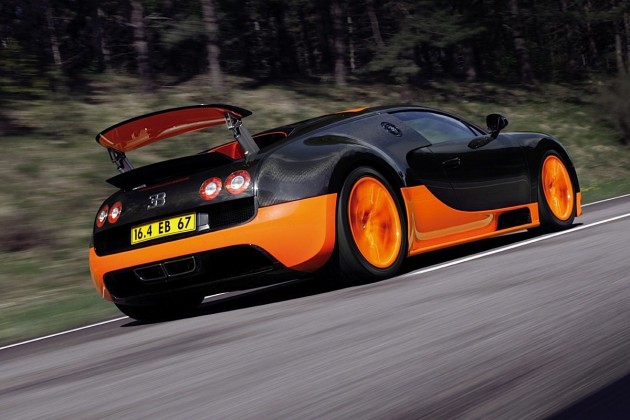 Speaking with UK publication Auto Express, Bugatti chief vehicle engineer Jens Schulenburg confirmed that work has begun on a Veyron successor. He revealed some challenges the engineers are going to face with new model, saying,

“The big challenge on the next car will be reducing weight – we are looking at some incredible technologies, such as wheels made entirely from carbon fibre. Hybrids are definitely something we’re looking at, too.”

With more and more companies turning to hybrid technology to improve overall fuel efficiency and to reduce emissions, Bugatti certainly has the capabilities – with help from its parent company, Volkswagen – to really push the boundaries of such technology.

The main criteria it will have to live up to is of course, speed. With a very powerful monster of a petrol engine producing upwards of 736kW (1000PS), some additional electric assistance may push the Veyron beyond its recording-breaking top speed.

No details have been revealed on what sort of engine Bugatti is thinking yet, so it is all up to your imagination at this stage.

Will it, or any other upcoming production car, ever crack the huge 431km/h top speed do you think?