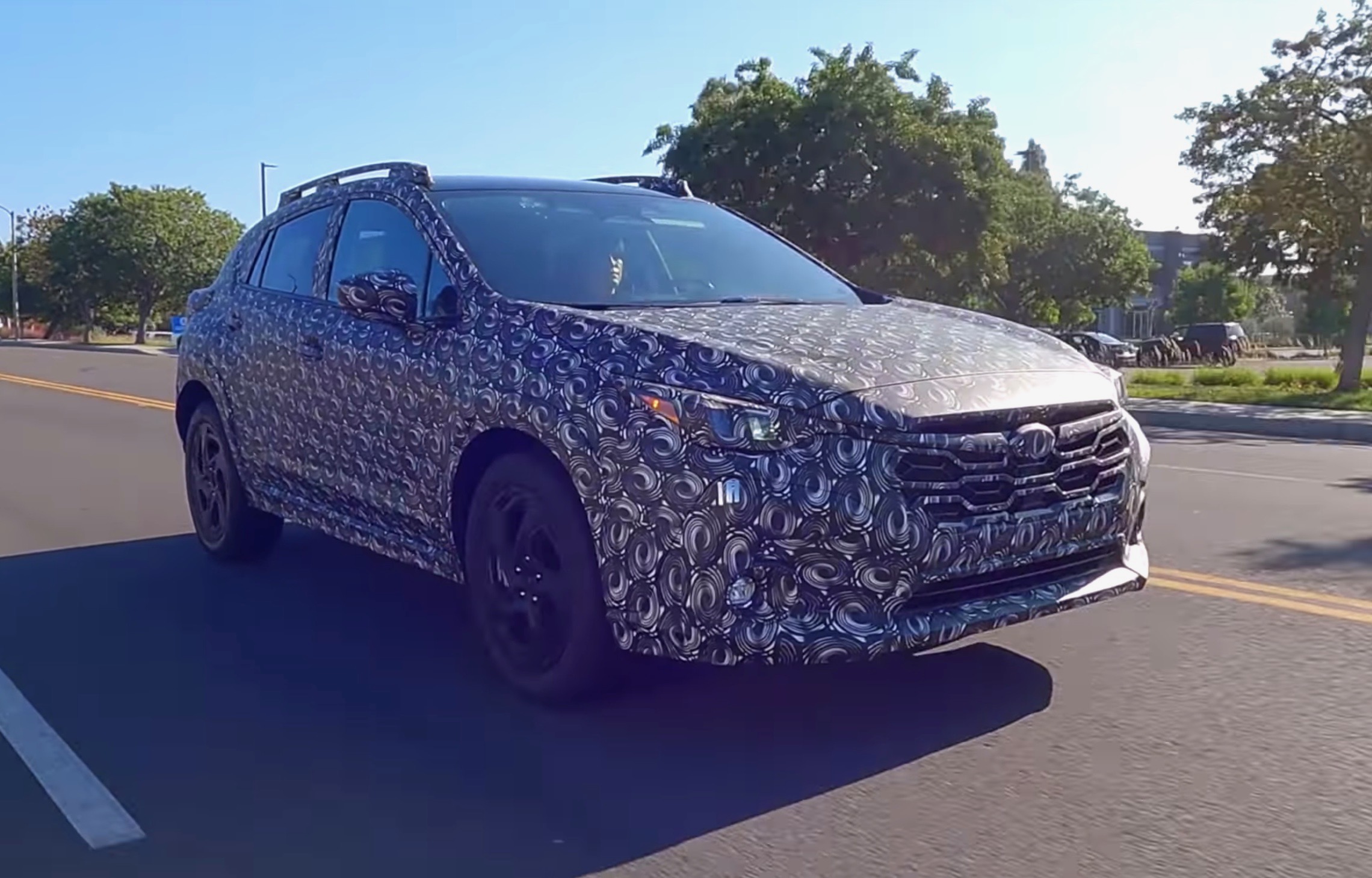 Subaru has been spotted test driving a prototype version of the next-gen 2023 XV (also called the Crosstrek in some markets), which could be revealed some time late in 2022. The current model has been around since 2017. 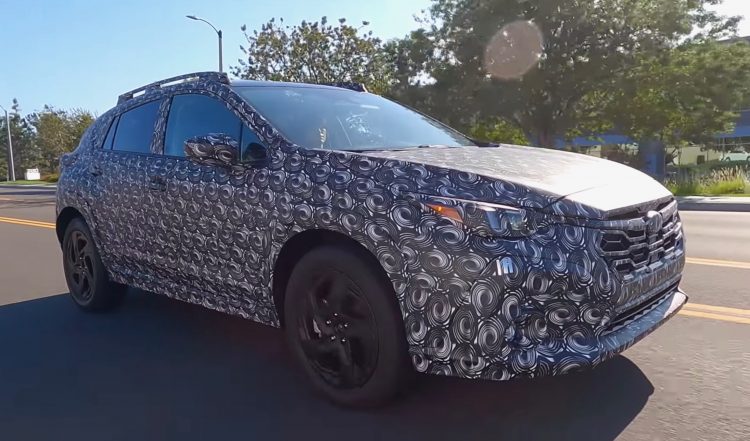 Although the current model is based on Subaru’s latest global platform, the XV is now one of the oldest models in the showroom, along with the Impreza. Perhaps the main areas that are dating are the technology and in particular in-car features and design compared with other new Subarus. As such, this prototype shows evidence of the company’s big new touch-screen inside. 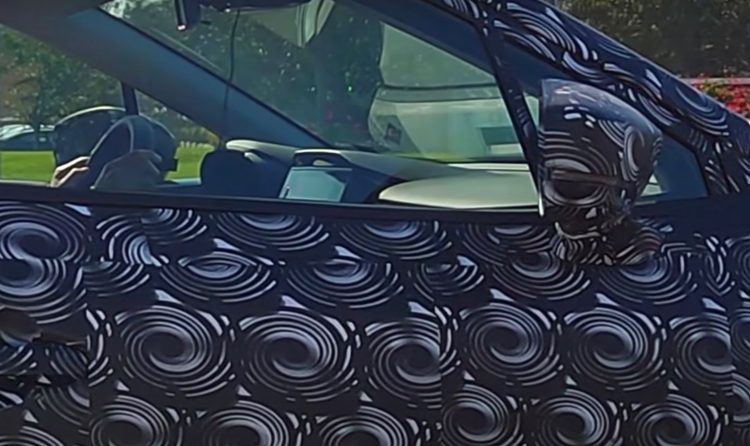 On the outside, the design is also set to receive a major update. As we can see by this prototype, which was spotted recently on the streets in America, the next-gen XV will adopt the company’s modern C-shaped taillights, a more seamless version of its rugged, bolstered wheel arches, and a new front end. 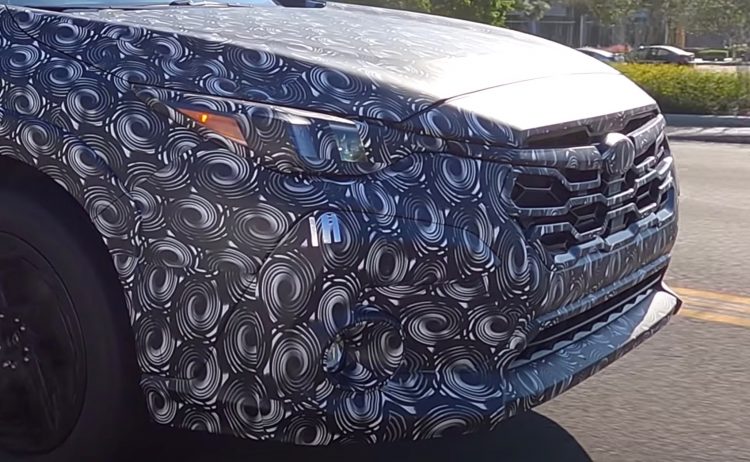 The front end is quite interesting actually as it appears to incorporate a new cross-bar that runs from the headlight, through the grille and badge, and over to the other headlight. The headlights are also slimmer than now, and peel back further up the bonnet. Plenty of inspiration will no doubt be drawn from the VIZIV Adrenaline concept from 2019.

As outlined by the Michigan number plate – with an M in the middle signalling it as a manufacturer-registered vehicle – engineers are doing some on-road tests on the streets in the US. After all, Subaru runs a research and development centre in Van Buren, Michigan. 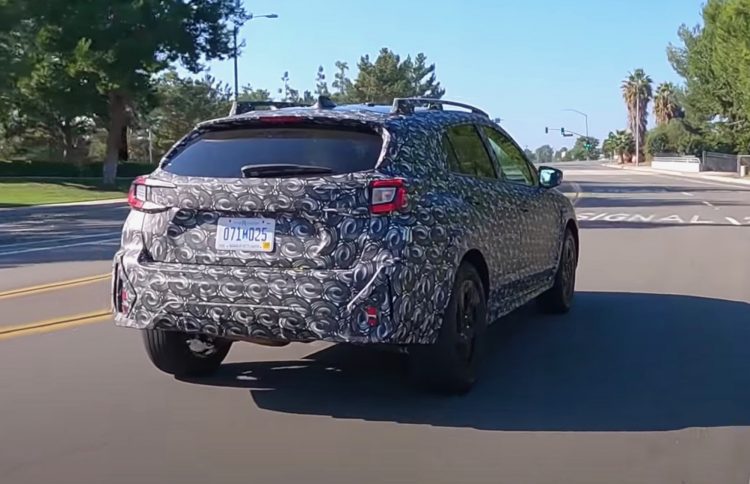 In terms of the powerplant? As previously reported, Subaru is known to be developing a new 1.5-litre turbo flat-four engine. This is set to fall under the CB naming structure, featuring direct injection just like the recent CB18 1.8-litre turbo that was introduced in the Levorg in Japan. The CB18 was brought in essentially as a replacement for the aged 2.5L non-turbo.

The 1.5L unit is expected to replace the similarly-aged 2.0-litre naturally aspirated flat-four found in the XV and Impreza, and it’ll reportedly develop around the same power of about 115kW. However, torque levels are likely to spike further than the current 2.0L unit that peaks at just 196Nm. 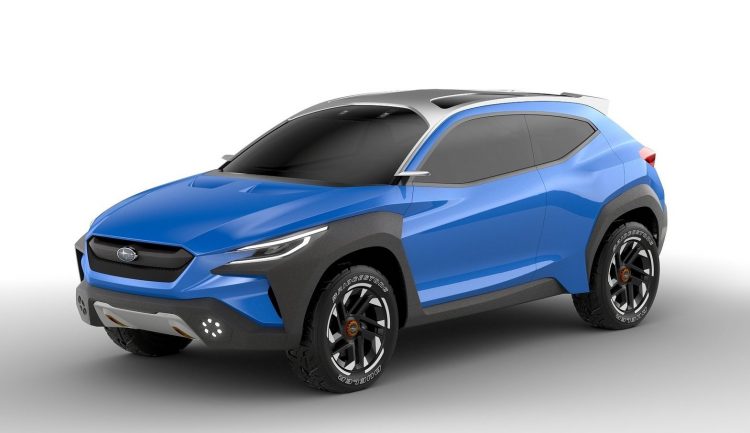 Even though performance isn’t everything, especially for a small, practical and reasonably rugged SUV, the current XV is one of the slowest vehicles we’ve tested across 0-100km/h, for its specific class. The best we’ve seen is 11.61 seconds in the 110kW XV, and 11.06 seconds in the 115kW 2020 Impreza (according to Racelogic Vbox results).

Along with improved performance thanks to a likely lift in torque and improved response, the engine will no doubt offer increased efficiency. A hybrid version is also set to continue.

An initial reveal may take place later next year, with market entry in Australia not likely until 2023. Click play below for a preview.