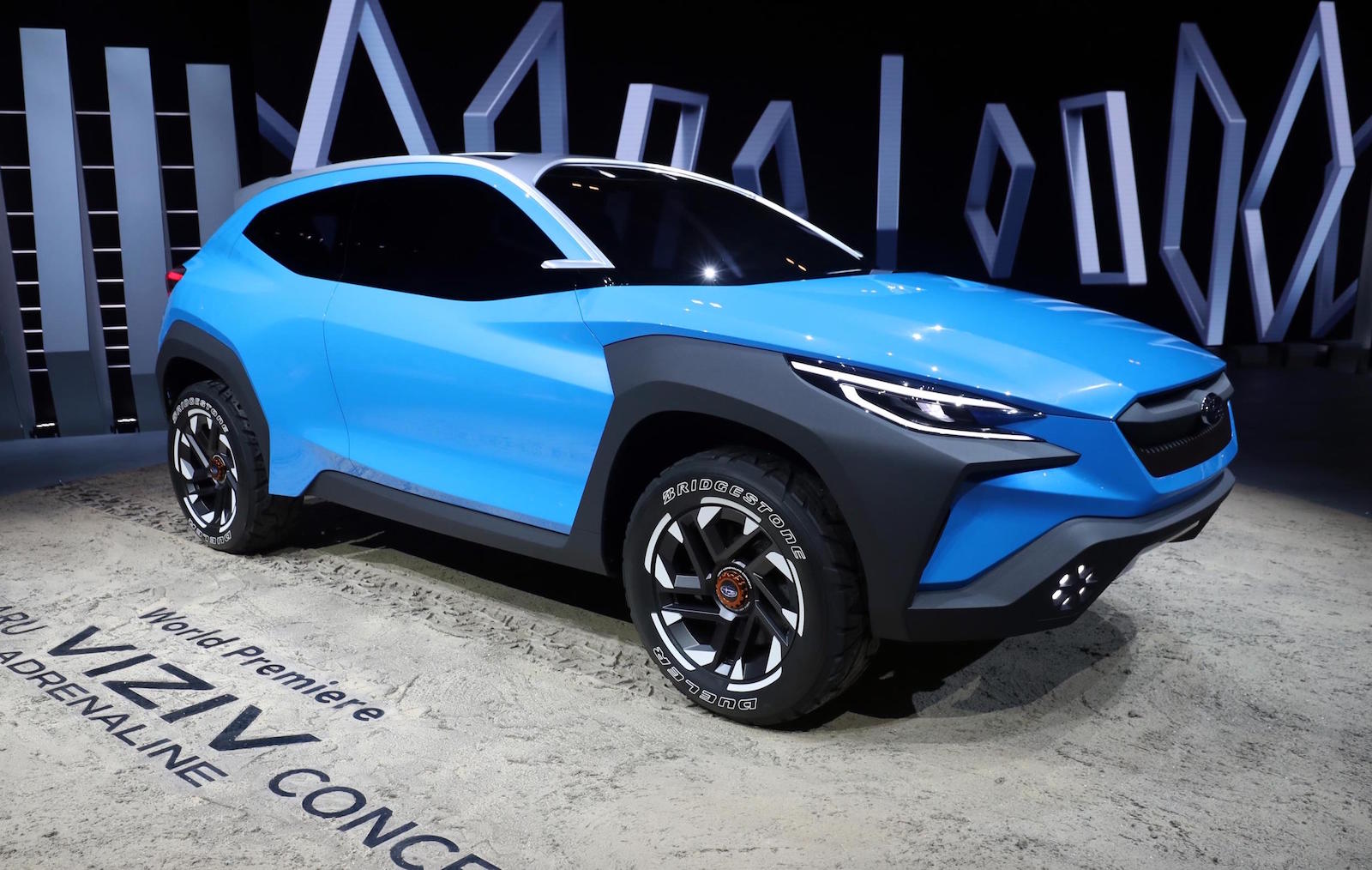 Subaru has unveiled its new VIZIV Adrenaline concept at the 2019 Geneva Motor Show, potentially giving us all a preview of the design of the next-generation Subaru XV. 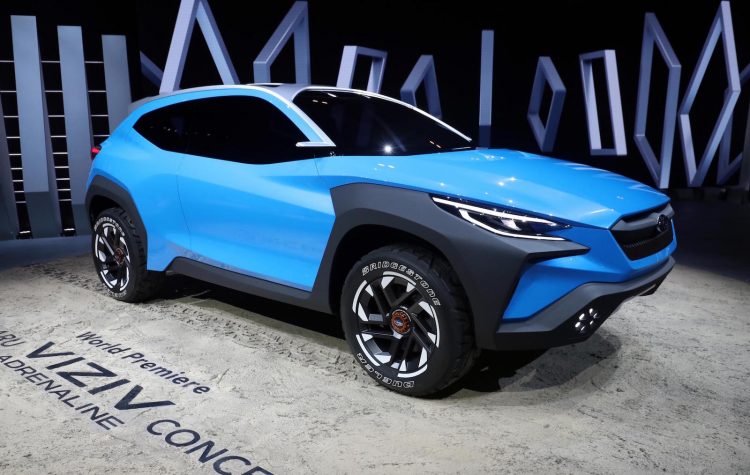 The concept showcases what Subaru calls a “BOLDER” design philosophy, evolving from its ‘Dynamic X Solid’ language. It certainly looks bold, with its crazy sharp angles and rugged body trimmings. Check out the roof, too, which is like a cage and extends and forms an almost seamless twin rear spoiler.

From the front you can see some of the current Subaru grille theme, but from there the sunken LED headlights sit on top of the front wheel arches in a unique way, with a pronounced bonnet complete with twin heat-extraction vents for that sporty look. There’s also a silver protection skid plate under the front end.

You’ve probably seen black plastic mouldings on SUVs. This ‘scratch-resistant’ concept is applied in large doses on the VIZIV Adrenaline. In fact, pretty much the entire front guards are made from the stuff, merging to make up a large portion of the front bumper bar. It extends the side sills, and wraps around the chunky rear wheel arches, with a silver skid plate at the back matching the front. 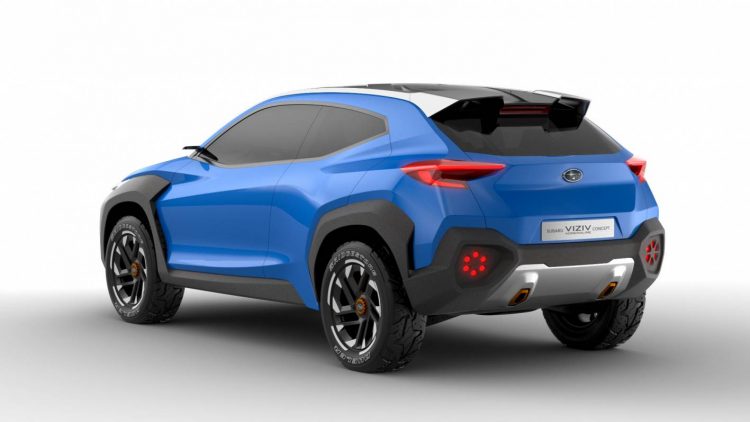 No details on the powertrain are revealed, but we’re guessing it has a hybrid of some description. All-wheel drive is also a given, potentially with some adventurous drive modes.

Perhaps the biggest thing we can take from the concept is that it will probably inspire the design of the next-gen XV. Although the production version isn’t likely to be as dramatic, the general theme could be carried across.