As expected, the Levorg borrows much of its design from the Levorg prototype that Subaru revealed in October last year. In fact, it looks almost identical. The front houses some interesting and edgy new headlights, a larger hexagonal grille than the outgoing model, and additional sculpting around the back for a sportier stance.

One of the biggest changes though is under the skin; the switch to the Subaru Global Platform. This layout debuted with the current-generation Impreza a few years ago. But, like the current WRX, the Levorg has been based on the old Impreza layout up until now. With the fresh layout we can expect improvements in driving dynamics, chassis rigidity, and safety, as per the Impreza when it made the switch. 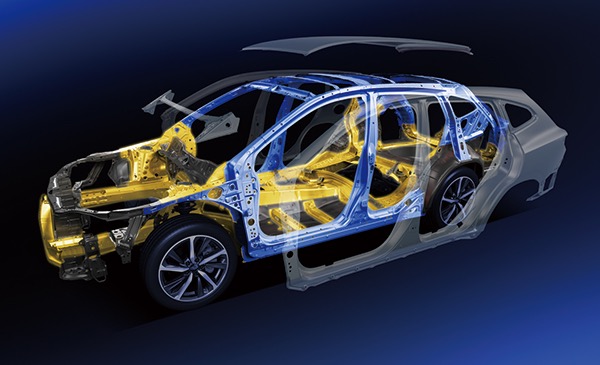 Bringing in this foundation has also seen some dimensional changes. The new model is 65mm longer with 20mm attributed to the wheelbase. That means, inside, there’s more passenger space than before, and even the boot has grown. In fact, the boot capacity is up 39 litres to 561L.

Another major change is the introduction of a 1.8-litre turbo flat-four engine. As reported in July, Subaru apparently has two new engines on the horizon, including the 1.8 and a new 1.5-litre turbo. Both are set to incorporate Subaru’s latest tech, including direct injection. 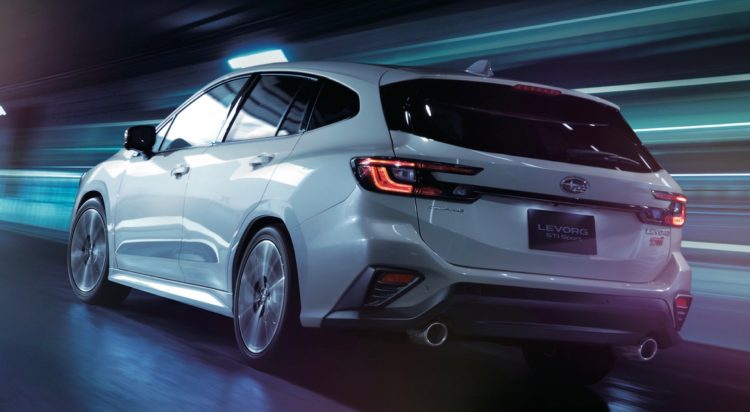 It’s our understanding that the 1.8 turbo will essentially replace the current 2.5-litre non-turbo, found in the Liberty and Forester, while a 1.5-litre turbo could replace the lacklustre 2.0-litre non-turbo found in vehicles like the Impreza . Power is likely to be somewhere around the 110-120kW mark for the 1.5, but with more torque than the 196Nm offered with the current 2.0L non-turbo.

As for the 1.8, it develops 130kW and 300Nm. This is well down on the current 2.0-litre turbo ‘FA20’ offered in Australia for the Levorg (and WRX), which develops 197kW and 350Nm. However, there is scope for a sportier STI-tuned version on the way, as depicted by the Levorg STI Sport prototype unveiled in January.

In other areas the 2021 Levorg boasts a next-generation EyeSight safety suite which includes 360-degree sensing, and there’s a new 11.6-inch touch-screen introduced inside and a 12.3-inch digital instrument cluster for the driver. It’s unclear if these features will be standard across the board for all markets.

For Subaru fans, the debut of the 2021 Levorg could be quite an important one as it could preview what’s to be expected of the next-gen WRX. The new model isn’t set to debut until next year but our guess is the styling, obviously the front end, could look quite similar to this.

We’re not convinced the 1.8 turbo will be enough for the WRX, at least in 130kW tune, but there has been reports that Subaru might introduce its new 2.4-litre turbo ‘FA24F’ for next WRX. In the latest Liberty/Legacy it produces 194kW and 376Nm. The next-gen WRX STI, expected to arrive in the second half of 2022, is tipped to receive a tuned version of the 2.4 developing around 260kW or more.

Subaru Australia is yet to confirm local details for the 2021 Levorg – the unveiling has only just taken place overseas. However, we will update this report when we hear more.

UPDATE: Subaru Australia has sent over a statement regarding the new model and its local relevance, saying:

“Australia will get next generation Levorg, but the specification, including engines and timing, will be considerably different to that in the Japan domestic market, which is launching later this year.

“It’s too early to provide fine detail, but we’ve clearly demonstrated the niche market for this performance wagon and it’s one we will develop and explore, but in a slightly different direction, which we believe will appeal to an even greater customer base.

“We will communicate detail and timing on what promises to be an exciting next generation model at the earliest opportunity.”