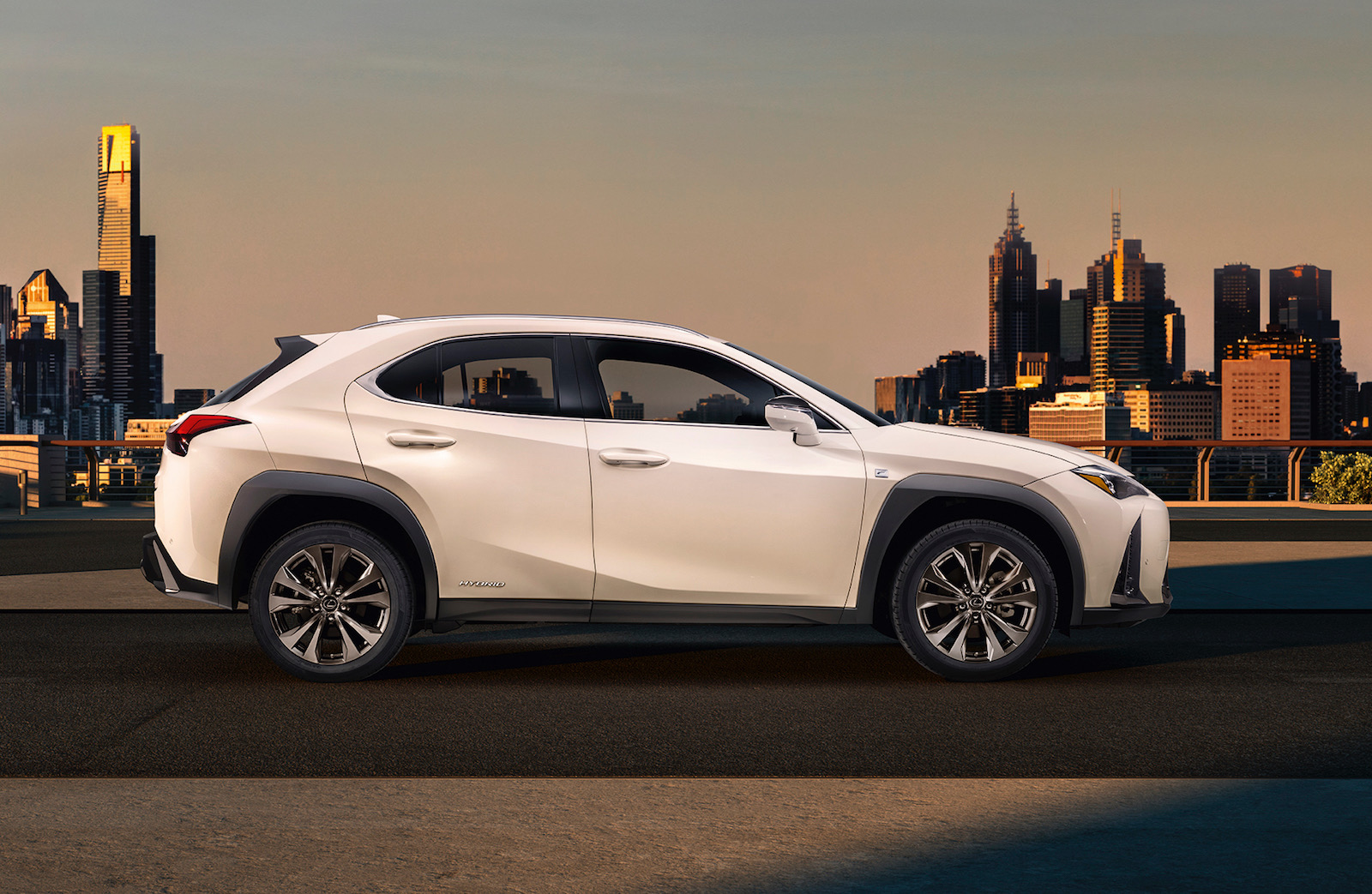 You might as well get used to seeing this. It’s the new Lexus UX compact premium SUV. And it’s expected to become quite a popular contender in the premium compact SUV class when it arrives next year. 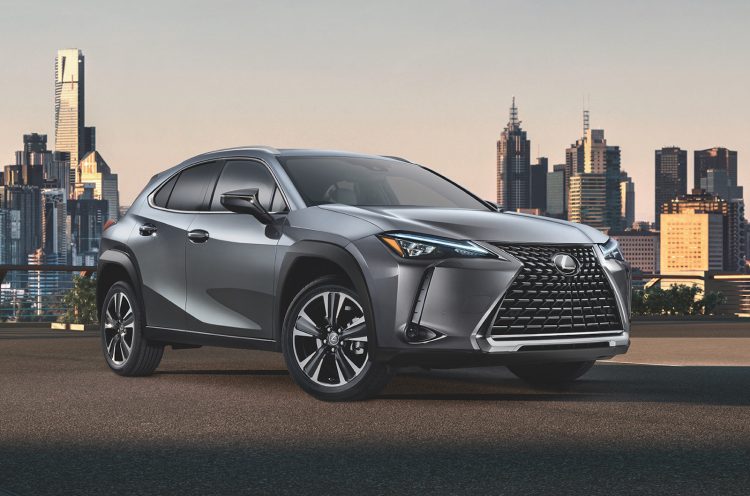 Lexus pulled the wraps off the UX at the 2018 Geneva motor show, just getting underway now. The SUV shows off a sharp and typically Lexus design, with a spindle grille layout adopted at the front, thin headlights and taillights, and plenty of modern Japanese attitude and angle.

The UX will be offered in two main badges; the UX 200 and the UX 250h. Both are powered by a fresh 2.0-litre four-cylinder four-cylinder – likely the Dynamic Force Toyota unit recently announced. Power output hasn’t been confirmed for the UX 200 but Lexus says the UX 250 produces a combined output of 131kW.

Lexus also says the UX 200 specifically is available with a new direct-shift CVT automatic, and we assume the hybrid UX 250 uses the same unit as standard. The UX 200 is front-wheel drive while the 250h adopts an ‘E-Four’ four-wheel drive system with an electric motor for the rear axle. 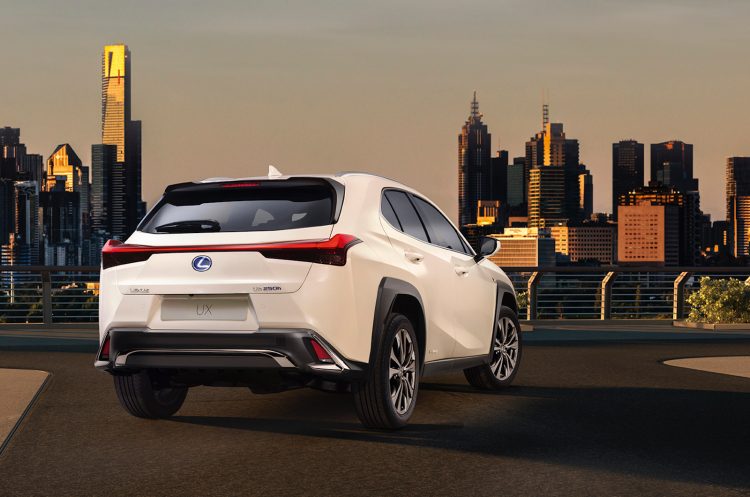 Lexus will be offering an F Sport pack like other models in the showroom. It comes with a unique bodykit with larger fog light clusters at the front, chrome trimmings, and a set of 18-inch alloy wheels (standard 17s). There’s also bespoke F Sport seats, steering wheel and shift knob, and some alloy sports pedals to play with.

To ensure safety the UX will come with Lexus Safety System+ that includes pre-collision autonomous emergency braking with pedestrian detection, along with road sign recognition, and lane tracing assist.

It’s been confirmed the UX will go on sale in Australia early in 2019. Prices are yet to be locked in but it is expected to kick off at around the $35-40k mark. As mentioned, it is likely to become a popular one. Lexus Australia chief executive Scott Thompson said:

“The UX with its all-inclusive luxury will further broaden our range and enable Lexus sales to cross over the 10,000 sales barrier for the first time in our history. For the first time, Lexus can compete in the luxury small-SUV segment, growing that category by attracting new, younger customers while offering an aspirational alternative to our long-standing customers.”