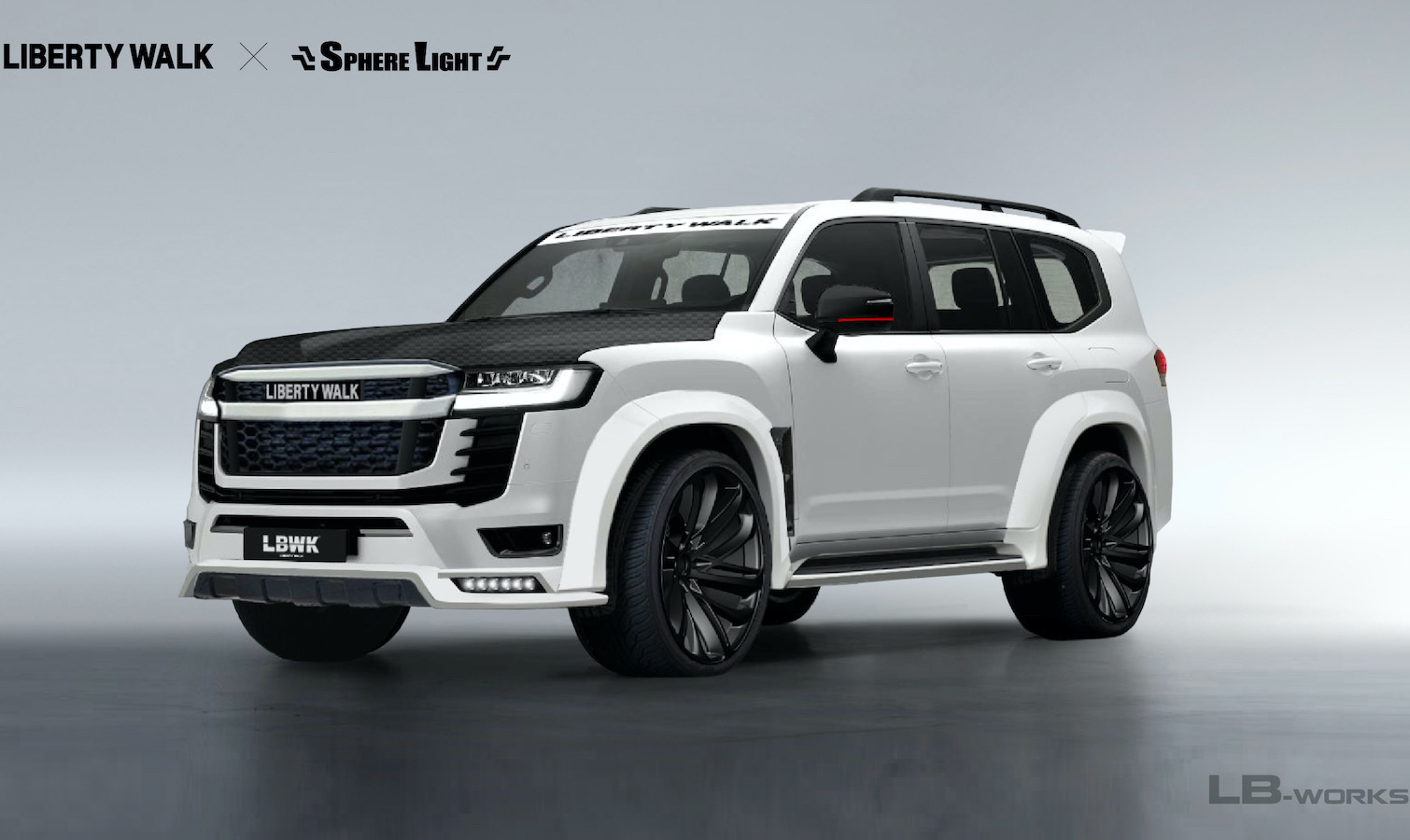 Love it, loathe it, or downright lament over it, Liberty Walk has just revealed plans for a super-duper wide-body kit for the incoming 300 Series Toyota LandCruiser. 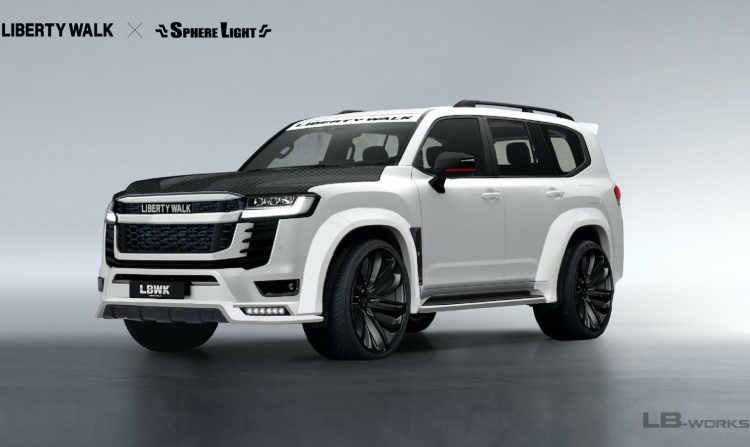 This is already a very large vehicle. However, in the world of cars at least, fatter is almost always better. So, the Japanese tuning firm, with the help of Sphere Light, has devised a full bodykit including big wheel arch flares.

Exact measurements for the added width haven’t been mentioned, but the arches obviously boost the big boy’s badass presence. They also provide a deeper envelop for the Earth-sized alloy wheels.

Around at the front is a new-look arrangement for the grille and neatly-tucked Liberty Walk badge, with a black mesh section right in the middle creating a sinister face. And then down below is a sharp chin spoiler.

At the back things look just as aggressive. You’ll spot the finned diffuser from a mile away, surrounded by anhedral-style exhaust tips. From this angle you can see neat air vents that are placed in the backs of those giant wheel arches.

Completing the package are a set of integrated side skirts, twin rear spoilers, and what appears to be a carbon fibre bonnet. Liberty Walk is offering these parts in three main packages, including Light, Full, and Premium kits. 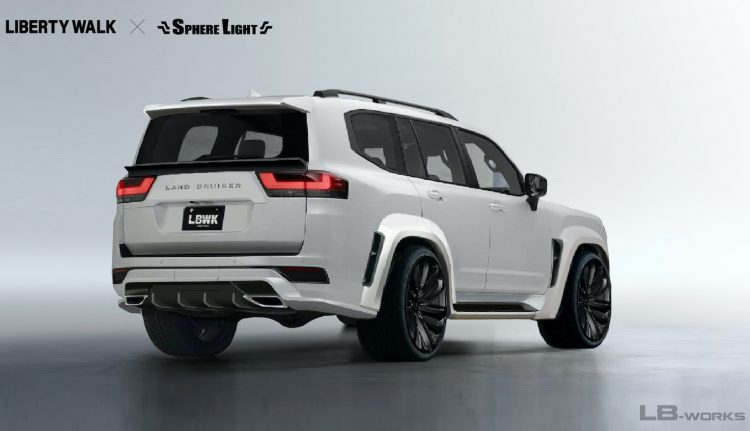 There’s no mention of any under-bonnet performance modifications, which likely means the new 3.5-litre twin-turbo V6 petrol engine is left at the factory 305kW/650Nm output.

In Australia, the new model is being offered with a new 3.3-litre twin-turbo diesel V6 only, churning out 227kW and 700Nm. There are going to be some delivery delays for the the new model, and probably not just in Australia. Both of these engine are matched to a 10-speed auto.

Feel free to tell us what you think about the Liberty Walk kit? Perhaps it needs a big turbo conversion with 700hp to match the go-fast looks?