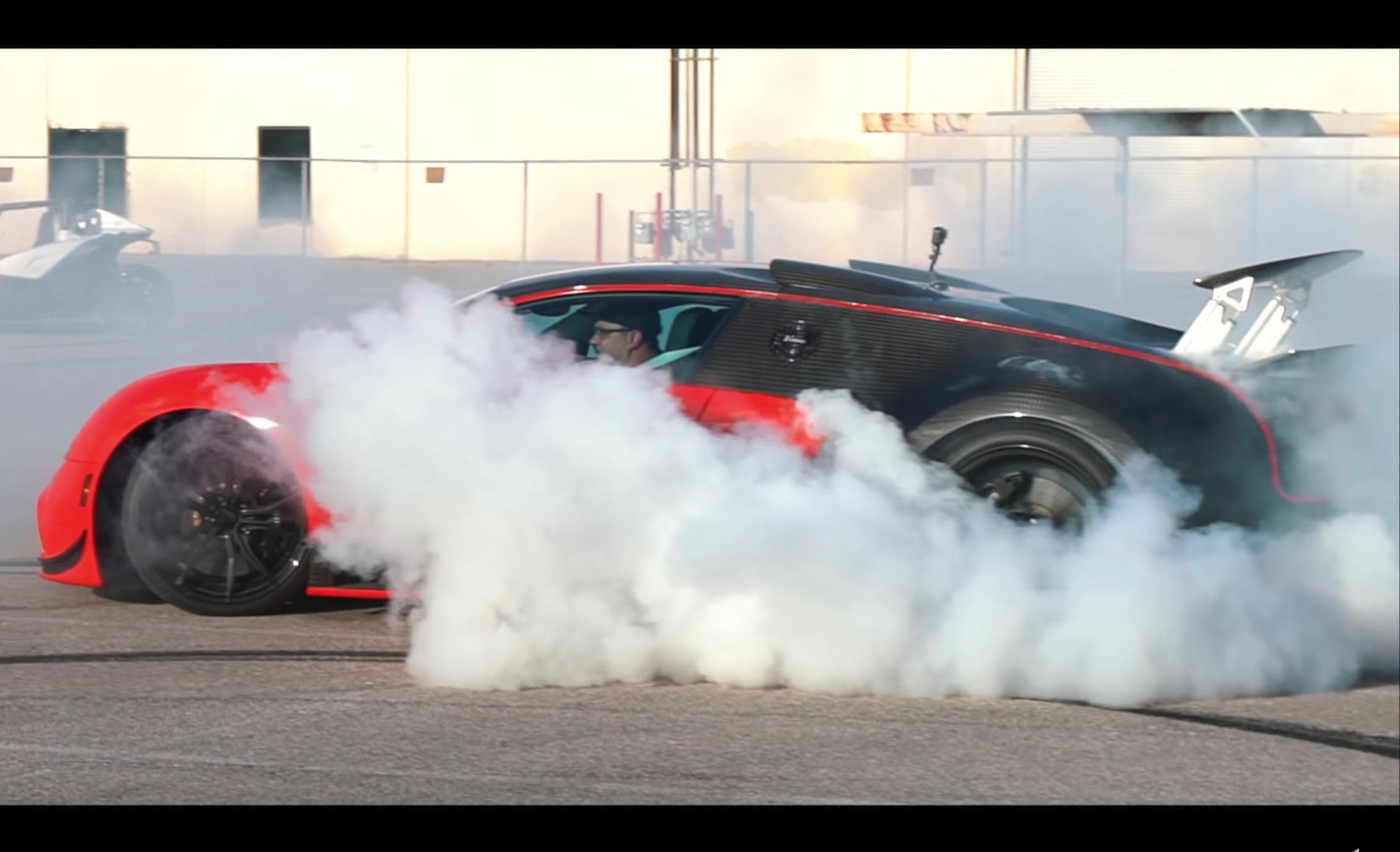 When you think Bugatti Veyron, do you instantly think ‘burnout’? The all-wheel drive top speed king isn’t really know for its burnout capability but it seems some guys in the US have found a neat trick to fix that. 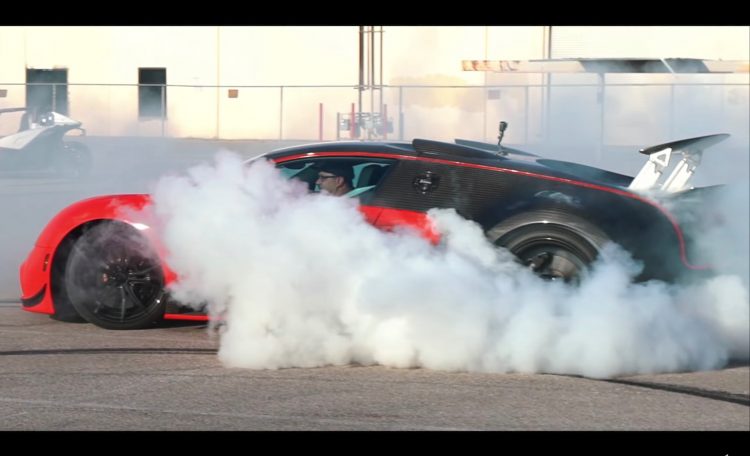 Royalty Exotic Cars has posted up a video giving us a demonstration on how to convert the Bugatti Veyron into a rear-wheel drive machine. And it looks like a fairly straight forward task, especially compared with performing other simple maintenance on the Veyron – apparently just changing the oil involves dismantling most of the rear end.

It’s not just a simple case of removing a relay or fuse or making some electronic change. Nope. The guys end up removing the front differential, the front axles, and the driveshaft that leads up from the engine mounted in the back.

All of these components weigh quite a bit, and it seems the owner is just as interested in experiencing the weight reduction than the donut capability. However, the overall balance of the Veyron would be disrupted somewhat, given that huge 8.0-litre quad-turbo motor is mounted at the rear.

Most of the action starts in the last part of the video. But, if you enjoy mechanics, the main chunk of the video is interesting as you get to understand how some of the mighty Veyron’s underpinnings work. Check it out below.