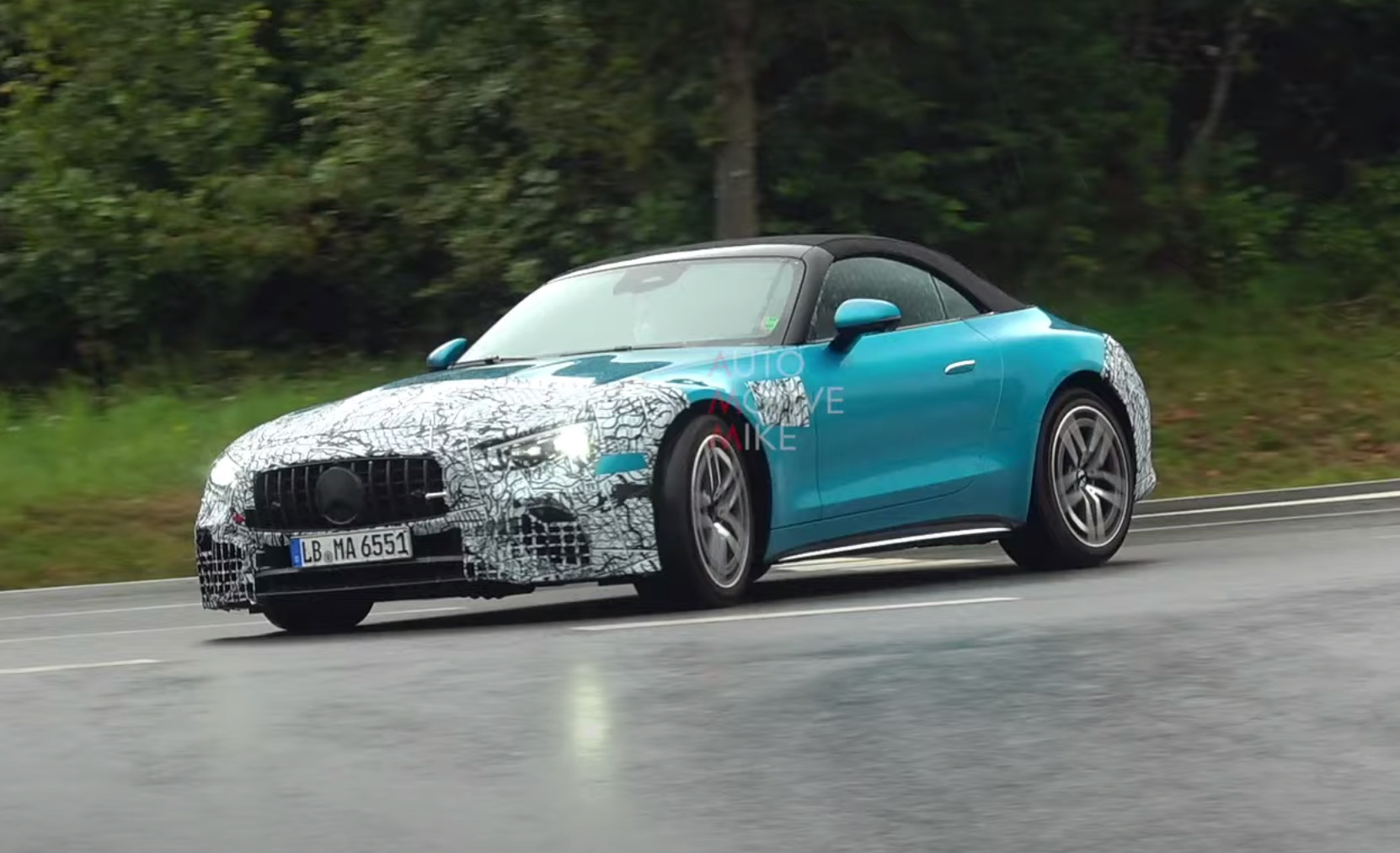 The all-new 2022 Mercedes-AMG SL has been spotted testing in and around the Nurburgring in Germany, revealing more of its sleek design. 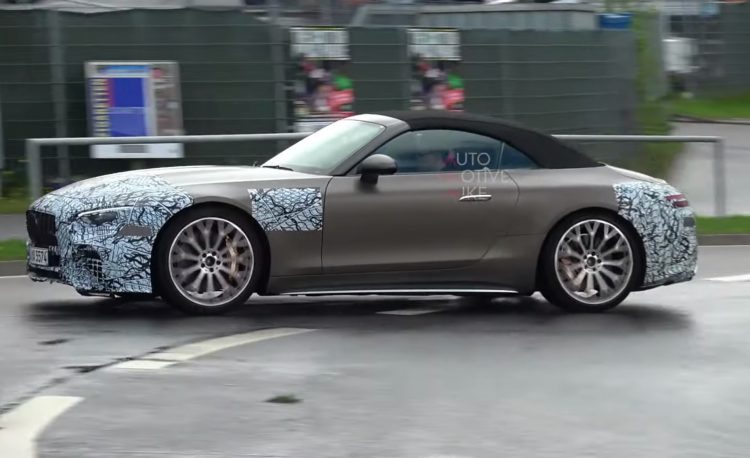 Although it is still in prototype form as development continues, the spy video confirms some very sharp details. The angular, almost triangular headlights are a fresh look, with a shark-nose large central grille. Closer inspection also confirms big corner intakes, neat side skirts, with a very smooth and uninterrupted upper-body line.

Around at the back things turn classically seductive in our opinion. The tail smoothly drops off, almost like the iconic 300 SL, with a tidy lower section giving clues to its AMG performance via quad-outlet exhausts. 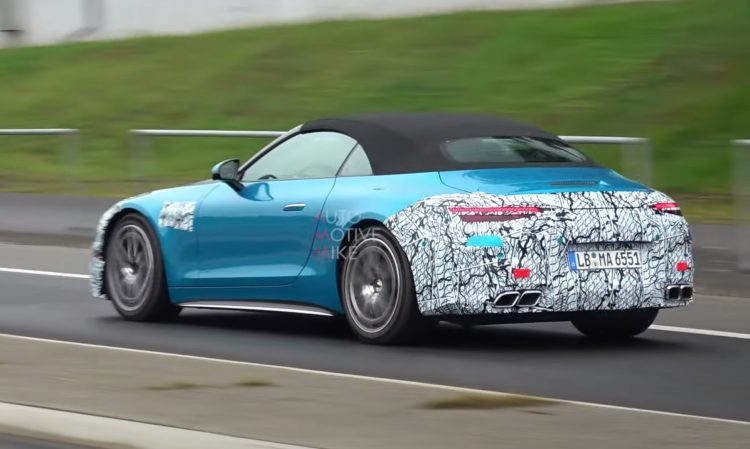 As previously confirmed, the 2022 Mercedes SL will be an AMG-only model. And it’ll come exclusively in all-wheel drive. Likely powertrain options include the AMG 53 mild-hybrid 3.0-litre twin-turbo V6 – produces 320kW in other applications – and AMG 63 S, potentially with up to 460kW.

Along with some potent engines, being an AMG model line means it’ll come with all the fruit in terms of performance. Expect high-tech suspension with adjustable settings, crazy brakes, and potentially active aero, as well as a very rigid and lightweight chassis. In fact, Mercedes has confirmed the new chassis is made from aluminium, magnesium, and steel. Mercedes says it is applying more of its sporting heritage for the new ‘super light’ model line.

The company has already given us a look at the stunning interior, which showcases a new tablet-style touch-screen running down the dash fascia. It’s actually a folding screen so drivers can adjust the angle to eliminate glare. There’s also a fully digital instrument cluster, although, we love that it isn’t just a flat rectangle stuck on the dash. Instead, it’s a fully formed and embedded unit.

A complete debut has been locked in for later this year, and we suspect there will be more teasers to fill the gap in the meantime. Check out the spy video below, by Automotive Mike, for more.