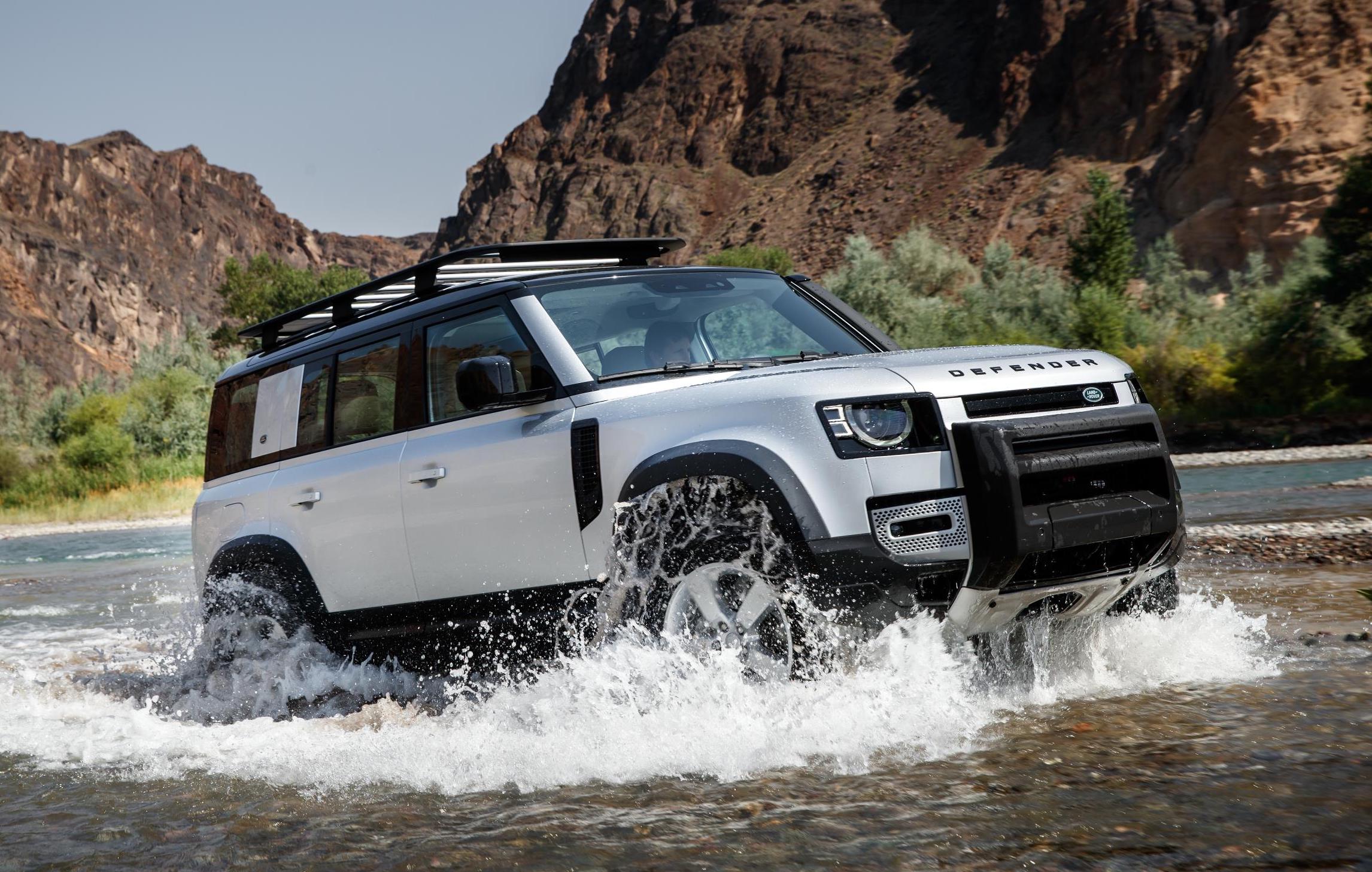 It’s official. The 2020 Land Rover Defender has been unveiled at the Frankfurt motor show in Germany, showcasing all-new levels of practicality, technology, design, and powertrain performance. 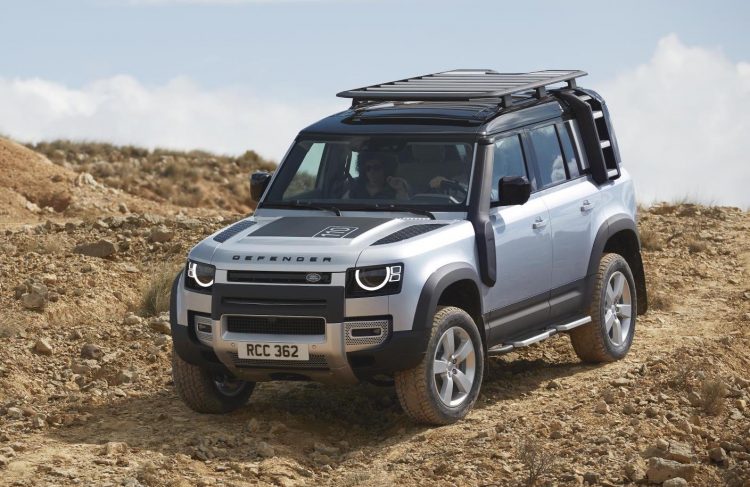 Firstly, let’s go over the powertrain options. As previously leaked, the 2020 Land Rover Defender will come in a range of power levels, spanning from the D200 diesel producing 147kW, to a range-topping P400 developing an impressive 294kW.

The 110 version will be offered with a 110kW, 132kW, 147kW, and 177kW diesel, all developing 430Nm. At the top of the range will be the 294kW 3.0-litre petrol, featuring mild-hybrid technology. All engines come matched to an eight-speed automatic transmission, with permanent all-wheel drive. 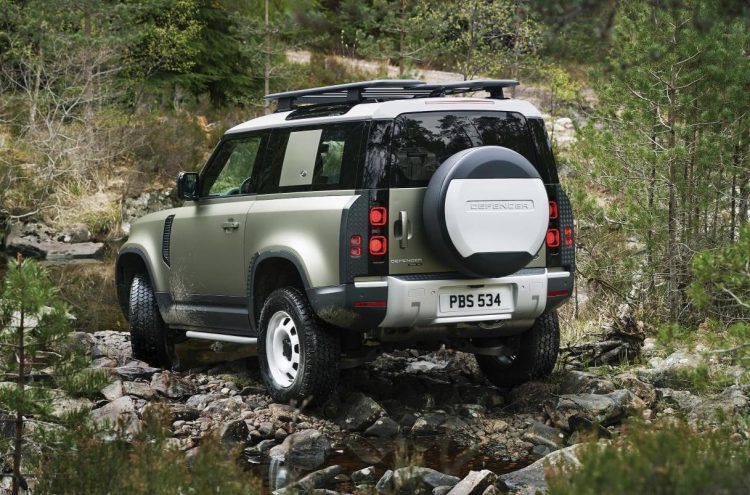 As for the more hardcore specs, the suspension comprises of an SLA front end with twin lower links, and an integral link rear end. Air suspension will be available as an option. There’s also an electric power steering system with a rack and pinion mechanism, and high and low range gearing for all gears.

In the 110, the approach angle is up to 38 degrees at raised height, with a 40-degree departure angle. The ground clearance ranges from 218mm to 291mm, with a water wading depth of 900mm. The towing capacity is 750kg, or 3500kg with a braked trailer, across all models (Australian spec). 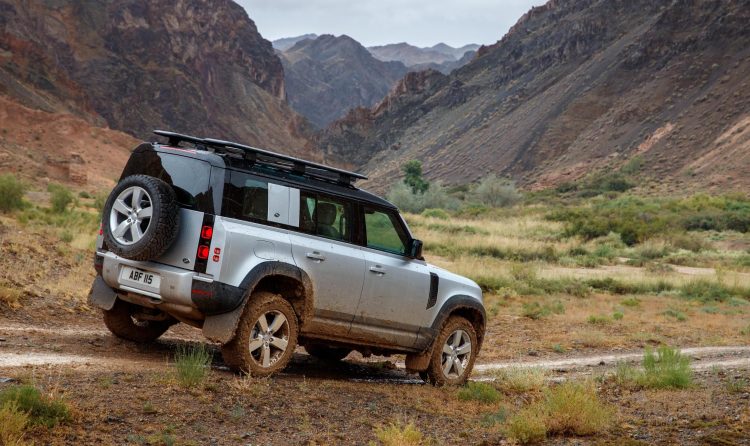 As for performance, if you’re wondering, the best 0-100km/h is achieved in the 90 with the 294kW six-cylinder, offering a claimed sprint of 6.0 seconds. The 110 with the same engine isn’t far behind, clocking the sprint in 6.1 seconds. Needless to say, this makes the 2020 Defender the quickest model ever.

Aside from all of the tech stuff, the new model showcases an “emotionally charged design”, according to Land Rover. It’s rather funky and a bit retro, with plenty of inspiration visibly drawn from the classic models. There is also going to be a heap of accessories available, including steel wheels for the more hardcore off-road fans. Speaking about the styling, Land Rover chief designer, Gerry McGovern, said:

“The new Defender is respectful of its past but is not harnessed by it. This is a new Defender for a New Age. Its unique personality is accentuated by its distinctive silhouette and optimum proportions, which make it both highly desirable and seriously capable – a visually compelling 4×4 that wears its design and engineering integrity with uncompromised commitment.” 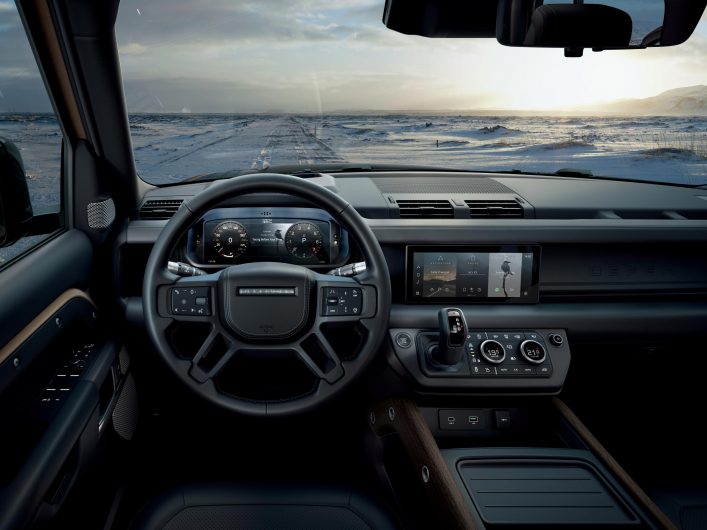 Inside, it is miles ahead of the predecessors in terms of technology, features, and comfort. The 90 offers accommodation for up to six passengers, while the 110 will be available in five, six, or 5+2 seating layouts. All models come with a touch-screen media interface that debuts Pivi Pro with over-the-air updates.

The 2020 Land Rover Defender will go on sale in Australia priced from $70,000, with the 110 available from June next year and the 90 arriving “late 2020”. Full prices will be announced during the second quarter of next year.