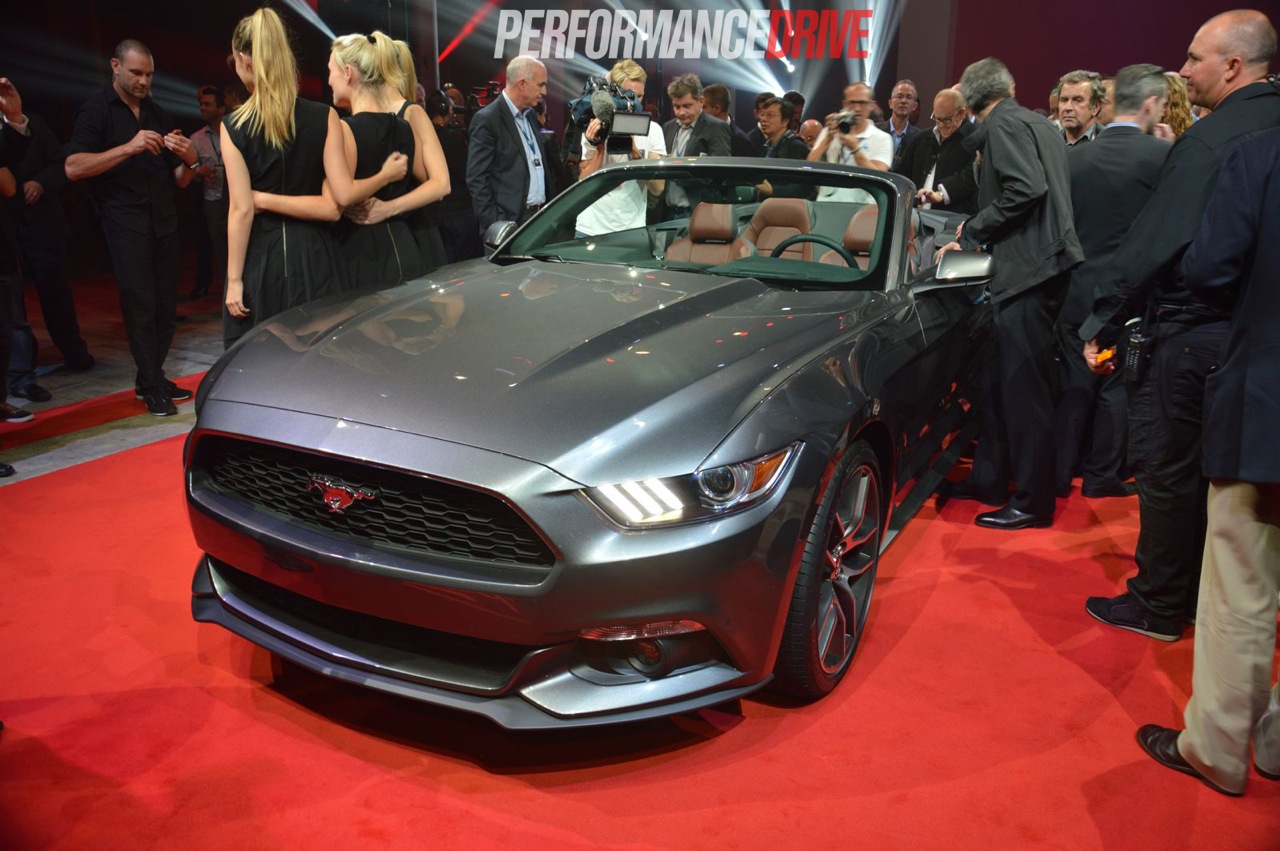 As part of a global unveiling extravaganza, which included six cities around the world all unveiling the 2015 Ford Mustang simultaneously, Ford Australia was able to show the world the new Mustang convertible version. 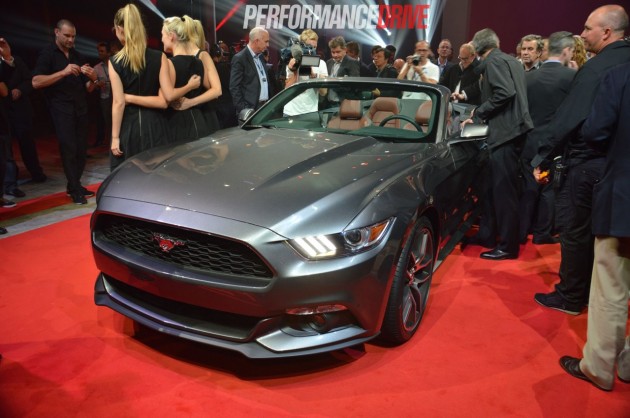 The special event took place in the old locomotive workshop in Redfern where around 300 exclusive guests were treated to a big show, including talks from some of the company’s highest-ranking decision-makers, two live bands, and a handful of Mustang exhibits from all generations.

Of course, the star of the event was the all-new 2015 Mustang. A convertible version in Australia’s case. As reported yesterday, the 2015 Mustang is being marketing and has been developed as a truly global vehicle fit for various markets, not just the US.

It features an all-new independent rear suspension system, for starters, three new engines – two of which will be available in Australia – fresh styling in tune with the company’s latest design language, and a vastly modernised interior and accompanying gadgets. 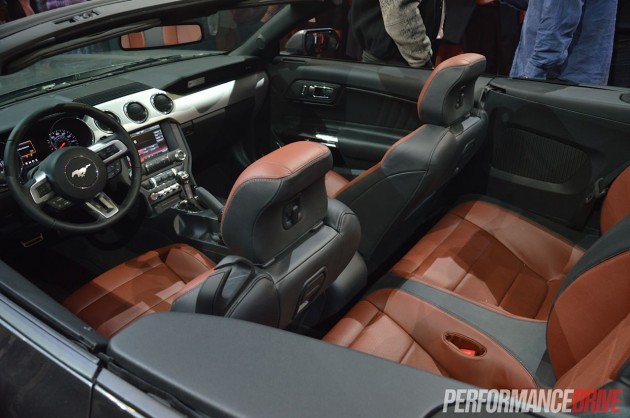 The engines include a 3.7-litre V6 with 220kW and 366Nm, and a newly built 5.0-litre V8 which features larger intake and exhaust valves than the predecessor. The V8 also comes with forged conrods and a forged crankshaft, helping to produce 313kW and 529Nm.

For the first time, the Mustang will be offered with a four-cylinder as well. Specifically, a new 2.3-litre EcoBoost turbo unit producing an impressive 227kW and 407Nm. The EcoBoost motor also comes with forged conrods and crankshaft, an aluminium block, and ladder frame bearing caps.

All engines will be available with a six-speed manual or automatic transmission (with paddle shifters), feeding power to the rear wheels via a limited-slip diff. Ford has confirmed the Australian market will receive the 2.3 EcoBoost and 5.0 V8 engine options when it arrives by 2015. 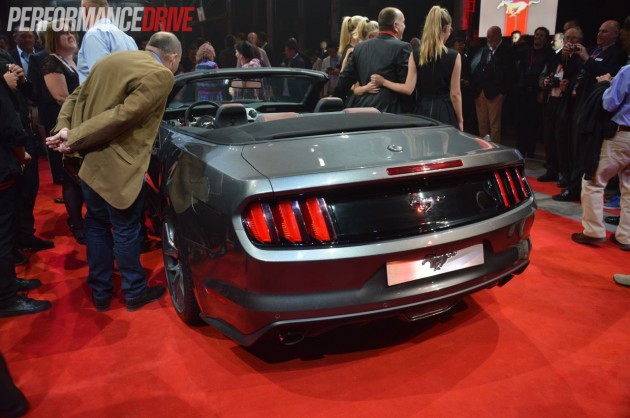 Ford says the new model will be the most nimble and fastest Mustang ever, with a new, stiffer front sub-frame, fully independent suspension, and a set of powerful brakes. The company also says customisation options will be made available for buyers, including racing stripes and a degree of special enhancements.

Prices for the local market are yet to be finalised. Whatever it starts at though, it is expected to be a very popular model for Ford with literally millions of fans around the world including many in Australia. Raj Nair, Ford group vice president, global product development, said,

“Ford Mustang inspires passion like no other car. The visceral look, sound and performance of Mustang resonates with people, even if they’ve never driven one. Mustang is definitely more than just a car – it is the heart and soul of Ford.”

See below for the full specifications on the Aussie-destined models.