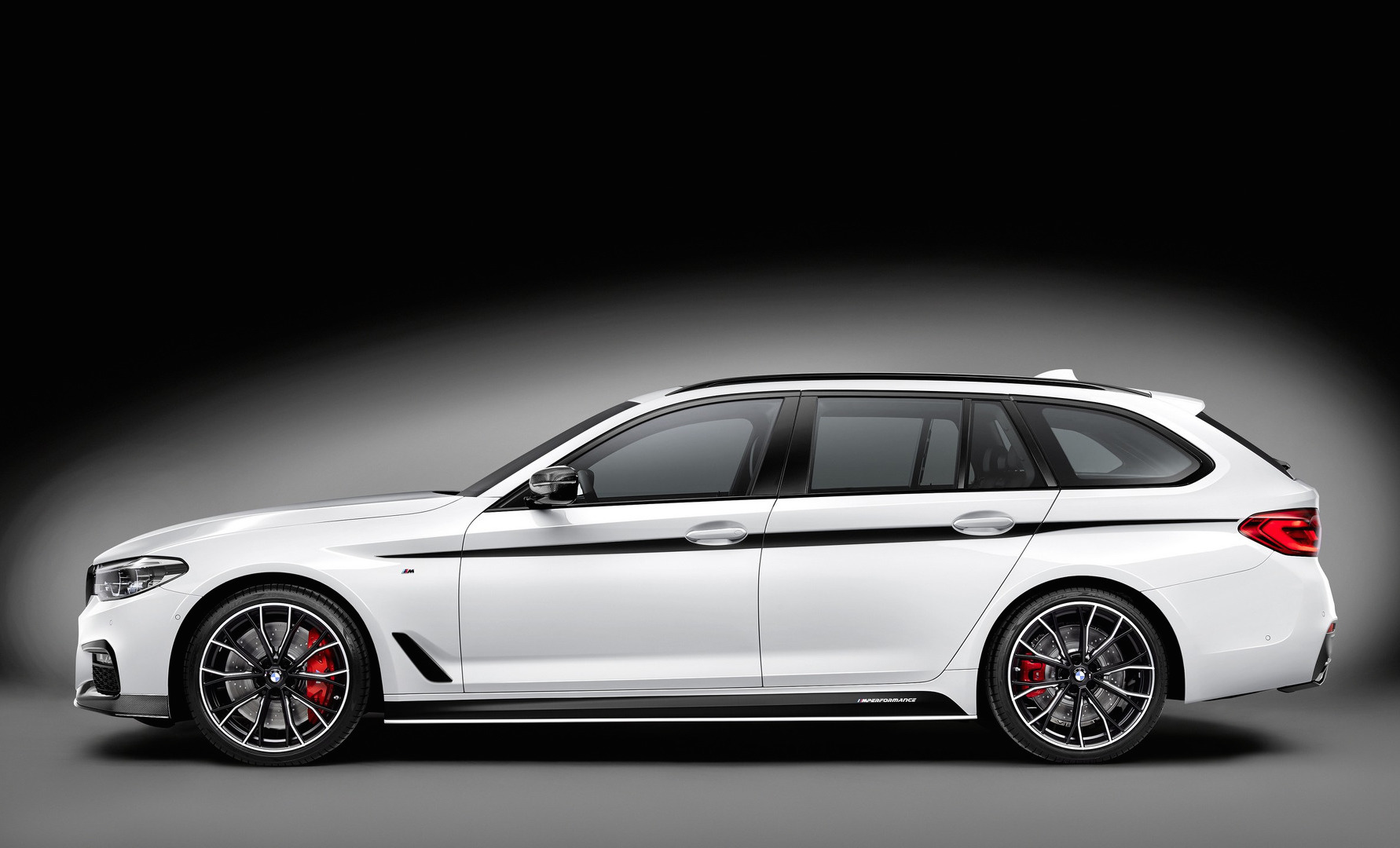 BMW is using the 2017 Geneva Motor Show to show off its latest range of M Performance parts and accessories for the new 5 Series Touring wagon. 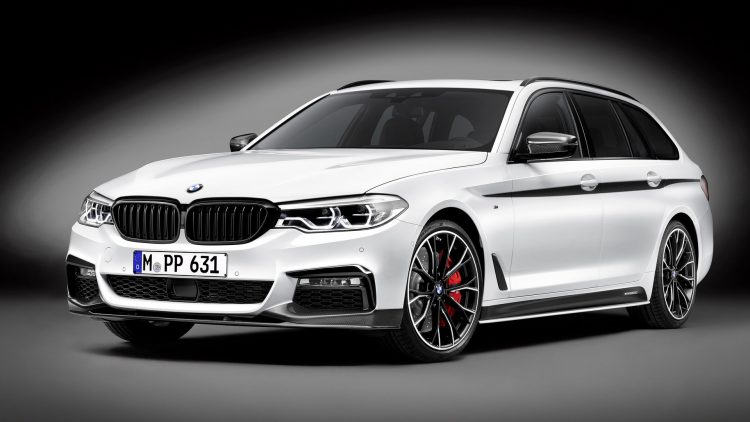 For the exterior, buyers have a big range of aero enhancements to choose from, including a carbon fibre front lip spoiler, black-highlighted side skirts, and a carbon rear diffuser.

There are also a heap of carbon and darkened trimmings, including side mirror caps, black front grilles, black gill vents, black roof rails, and some striking black racing stripes down the sides.

From the rear in particular, the 5 Series Touring looks pretty awesome with the kit, with the dual exhausts poking out from beneath. The sedan adds a discreet lip spoiler for added sportiness. 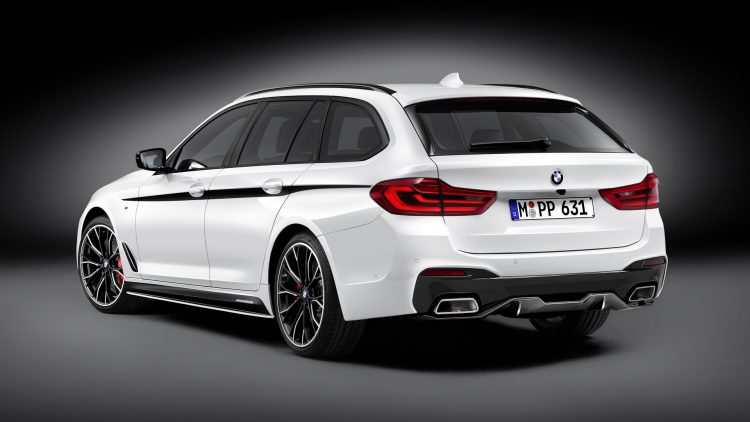 There are a similar range of enhancements for the interior as well, with unique pedals, carbon console and dash trimmings, and a sports three-spoke steering wheel complete with an M badge.

It’s not all just about the cosmetics either. BMW’s M Performance division also offers some engine tuning options. For the 3.0-litre turbo line six 540i, power can be taken up from 250kW to 265kW. Some exhaust options are presented for diesel models.

BMW Australia does offer M Performance options for most models in the showroom range. The new 5 Series has only just gone on sale locally, so it might be a bit of a wait before ordering M parts.