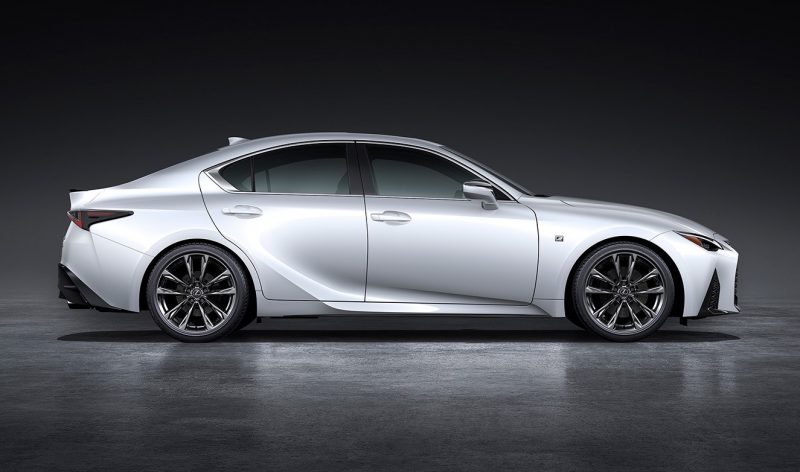 As promised, Lexus has unveiled the new-look 2021 Lexus IS sedan, which receives a dramatic new body design, neatly updated interior, while welcoming some fresh new-for-Lexus technologies and trimmings inside. 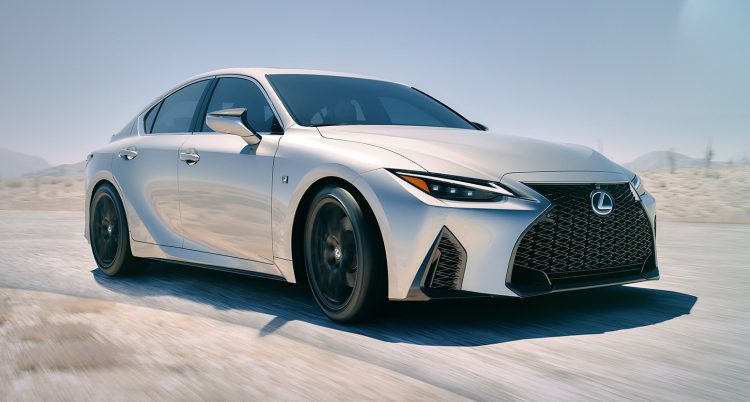 What about power? We’ll start off with the confirmation that, despite earlier rumours, there is no twin-turbo V6 and no 5.0-litre V8 option, unfortunately. The entry IS 300 and its 2.0-litre turbo-petrol four-cylinder continues (currently produces 180kW/350Nm), but the eight-speed auto is updated for better response with the adaptive cruise control system.

The IS 300h hybrid continues as is (currently produces 164kW), however, Lexus says throttle response has been sharpened up. Meanwhile, the 3.5-litre naturally aspirated V6 remains as the flagship powertrain. Lexus hasn’t mentioned any changes or updates for the V6 (currently produces 232kW/380Nm). 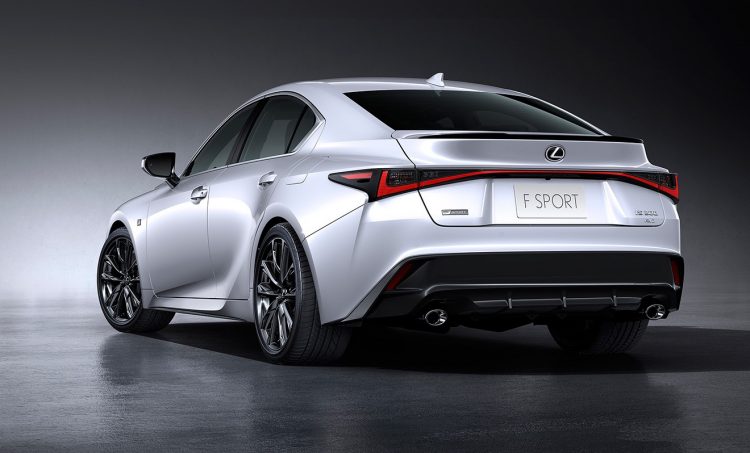 While there aren’t any real changes to the powertrains, the body certainly takes on a fresher look. At the front you’ll find a large interpretation of the company’s spindle grille, with slimmer headlights on either side. The side profile is lower and sharper, while the rear end gets completely new guards and bumper bar, with the full-width taillight topping it off. The F Sport pack adds a neat lip spoiler in black, and a black diffuser section.

Some new-look 19-inch alloy wheels also provide distinction over the outgoing model, and hub bolts (instead of studs and nuts) are now used to fasten the wheels for reduced mass and increased strength. Lexus has made some revisions to the chassis to enhance rigidity, improving overall handling.

Swing-valve dampers are introduced and feature ultra-low-velocity valves so they can respond to even the finest of road imperfections, while the front track is widened by 45mm and the rear is widened by 50mm to enhance cornering grip and stability. 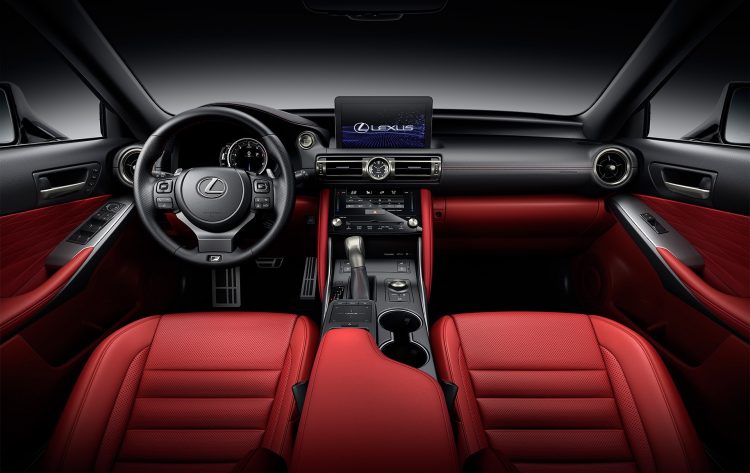 As for the interior, Lexus has introduced a new 10.3-inch media screen which supports Android Auto and Apple CarPlay. This is the first time the connectivity services have been supported on the IS. There’s also some new trimmings available, including a Lexus-first Ash veneer consisting of open-pore black, along with Black Geometric Film, or Satin Chrome in the case of the F Sport.

Safety is boosted thanks to the introduction of Lane Trace Assist, Driver Emergency Stop Assist, Emergency Steering Assist, and the usual autonomous emergency braking with pedestrian detection, as well as low-speed acceleration control to prevent accidents caused by pedal misapplication.

The 2021 Lexus IS will go on sale in Australia late this year. Specific details and variants are yet to be confirmed locally, however, all three powertrains are currently on offer and it’ll likely remain that way.