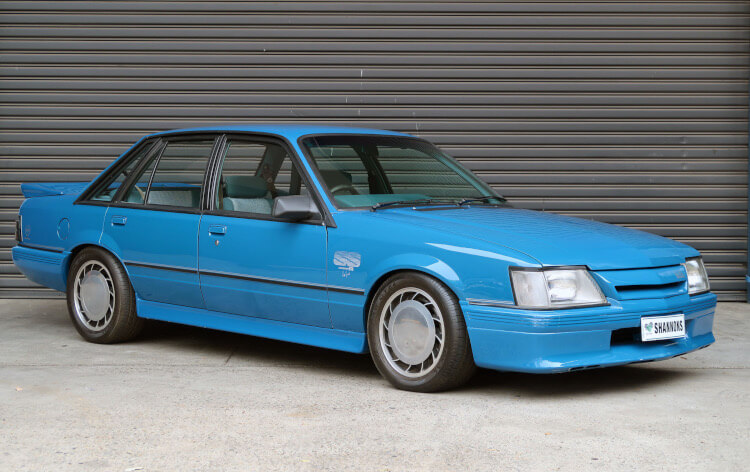 As we sadly heard earlier today, GM will officially shut down the Holden brand, with all local operations set to wind up by the end of 2021, we thought now could be a good time to purchase some kind of Holden investment. We’ve found a mint condition 1985 Holden HDT VK Commodore Group A SS, which is going up for auction tonight.

The car is going up for auction during the 2020 Shannons Sydney Summer Classic Auction. It’s a very rare mint condition example, and just one of 500 examples ever made. Nicknamed ‘Blue Meanie’, it’s described as one of the most collectible of the Peter Brock era Commodores.

Wearing the build number 279, it was originally bought by a customer in Dee Why, north of Sydney, in July 1985. It was optioned with the deck spoiler at the back, and is said to be in “very original condition”, with just 57,776km on the clock.

Power comes from a 5.0-litre naturally aspirated V8 that churns out around 200kW. In its day, it was the most powerful Holden ever. The unit was originally matched up to a M21 four-speed manual transmission, but this example features an optional five-speed manual.

Other highlights include a limited-slip differential, Group 3 suspension, and the proper 16-inch HDT alloy wheels. This car also presents the iconic Formula Blue duco, which apparently presents very well according to the lot listing. There are only minor stone chips around the nose.

The car is currently unregistered but the carburettor has been recently cleaned and the fuel system flushed. It is described as an unrestored example, with original statements of the HDT build documents and the owner’s handbook.