Suzuki Australia will officially launch the new Jimny tomorrow, on Australia Day. In anticipation, prices and detailed specs have now been confirmed. 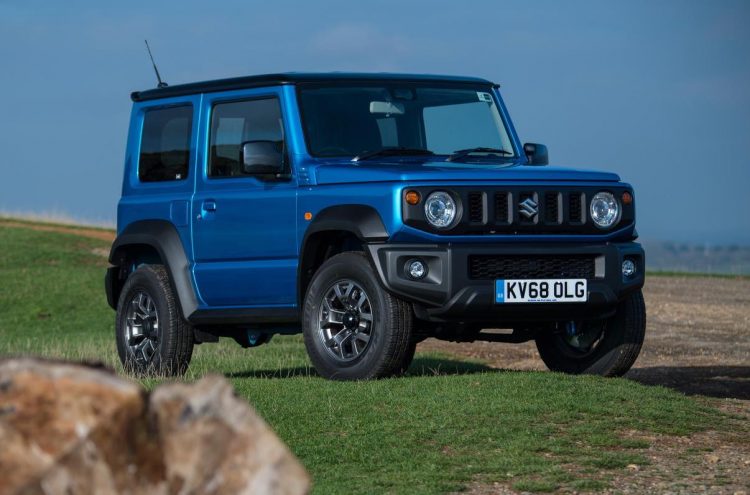 Just one variant goes on sale in Australia, although it’s available with either a five-speed manual or optional four-speed auto. Both come with a part-time rear-wheel drive/four-wheel drive drivetrain, along with a two-speed transfer gearbox with low and high range. There’s also a brake-type limited-slip differential system to optimise traction.

Under the bonnet, power comes from a 1.5-litre four-cylinder petrol engine that features variable valve timing and double overhead cams. It runs with a compression ratio of 10.0:1, and produces 75kW of power at 6000rpm, and 130Nm of torque at 4000rpm (up from 62.5kW/110Nm in the predecessor).

Across the official combined cycle fuel economy run the manual version is stamped with a rating of just 6.4L/100km, while the auto uses 6.9L/100km. With a 40-litre fuel tank, the theoretical average range of the manual is 625km. This is a decent improvement on the previous model’s 7.1L/100km average and theoretical range of 563km. 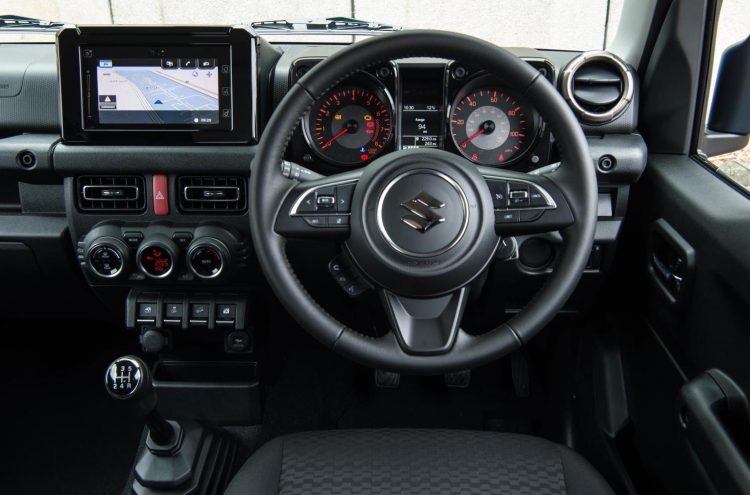 The new model comes generously equipped with all the fruit you’d expect in a modern vehicle. You get LED headlights with daytime running lights, 12V sockets in the front and back and a USB port, cruise control, climate control, and a comprehensive 7.0-inch touch-screen media system with Apple CarPlay and Android Auto. The screen also displays the standard rear-view camera.

In the back is an 85L boot with the two rear seats in place. However, fold them down and you have 377L, and a completely flat surface for loading cargo. In fact, the rear seat-backs are coated in resin for durability.

Some of the key driving figures include a 4.9m turning circle, 210mm of ground clearance, with solid disc brakes at the front and drum brakes at the rear. Both the front and rear use a live axle suspension setup using three links and coil springs. With an approach angle of 37 degrees and a departure angle of 49 degrees, the new Jimny promises to be the best off-road vehicle in its class. 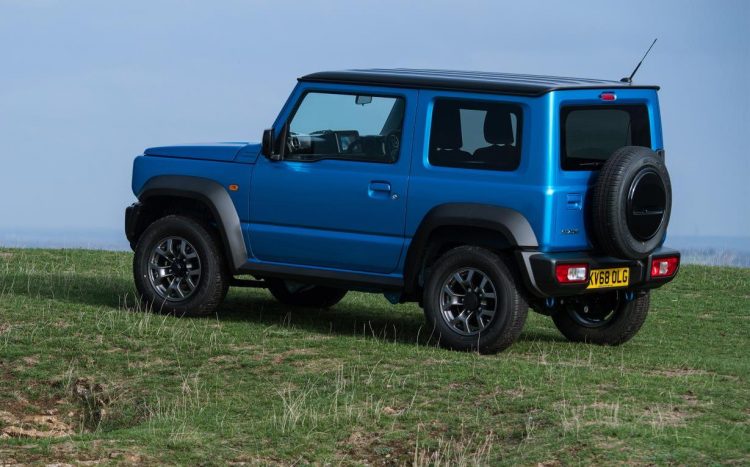 Suzuki is offering a range of just six colours for the exterior, and all of them are fairly masculine, perhaps highlighting its new macho design character. Buyers can choose between single-tone and two-tone layouts, including a brand new ‘Kinetic Yellow’ developed exclusively for the Jimny.

See below for the starting prices (excludes on-road costs), and further below for the range of colours available (metallic is $500 extra, and two-tone is $1250 extra). For more information you can check out our full review from the Australian launch event, which includes off-road driving video footage.