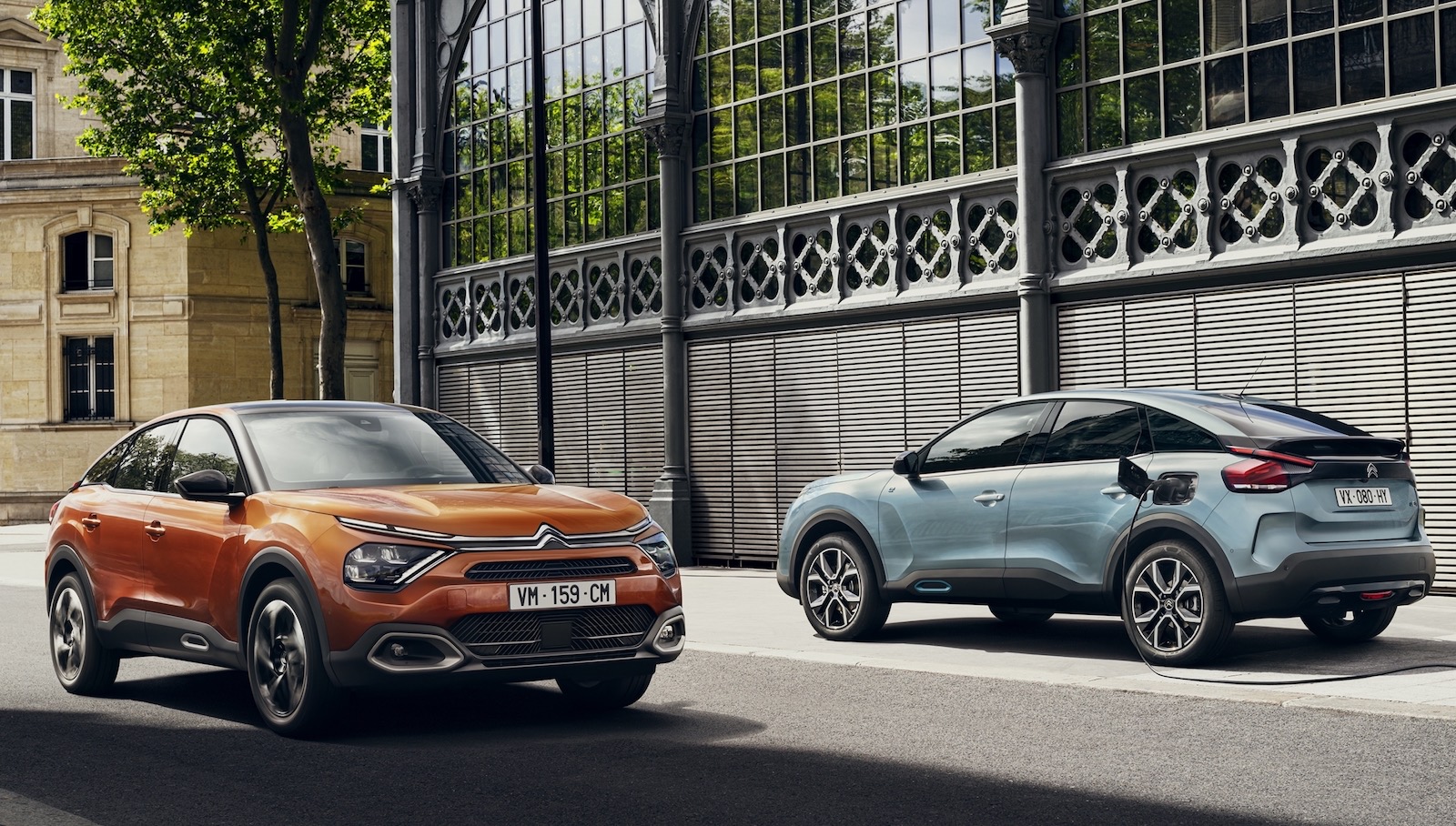 This is the all-new 2021 Citroen C4 – another provocative and chic design by the French company. It seems the nameplate has morphed into something of a crossover for the 10th generation, and there’s a fully electric e-C4 being launched for the first time. 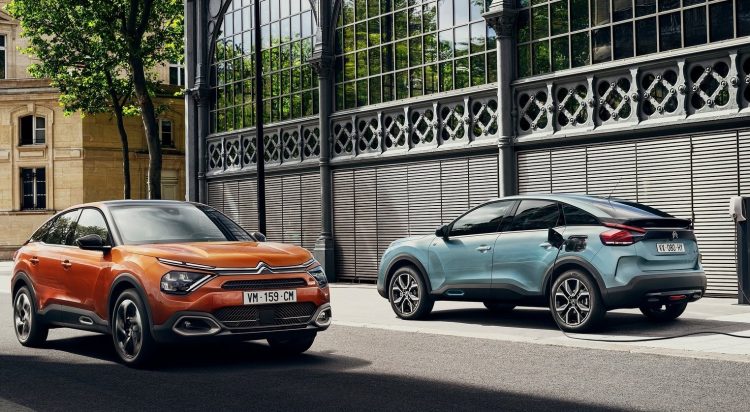 The new model is described as presenting an elevated and assertive posture, Citroen says,  inspired by customers and their various ways of driving – whatever that means. At the front you might notice the new-look V-shaped split headlight layout, which is simulated at the rear for a rather striking theme.

From the side profile you’ll see the four-door coupe-like roofline, which gives it a dynamic and pouncing stance, while the lower sections of the body are decorated in black ‘scratch-resistant’ plastic moulding with hints of Citroen’s Airbump surfacing that features on the outgoing C4 Cactus. 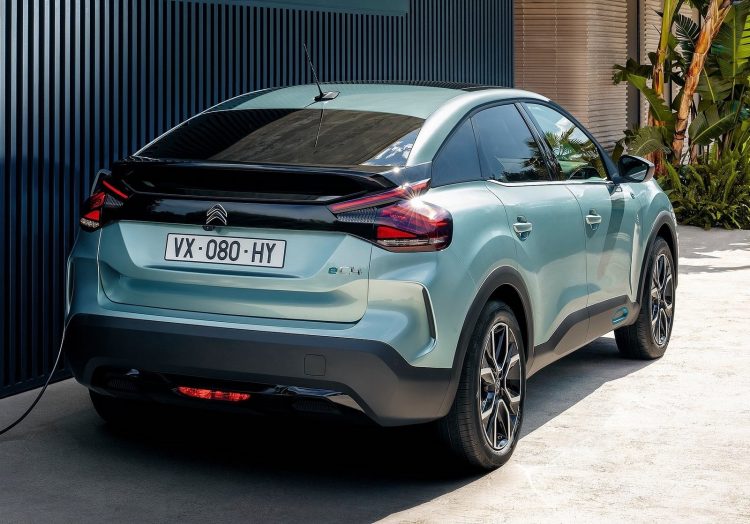 If you think the exterior is interesting, get a load of the interior. Citroen usually puts together amazing interior designs, and the latest C4 presents another relaxing yet modern theme. Soft edges and materials with lots of wide and horizontal shapes invite passengers in, while Citroen’s “Advanced Comfort” seats are colour coordinated with the door trims for that family room character.

On the dash is a 10-inch touch-screen system. It’s presented in borderless fashion, with a gloss black highlight in the background to make it appear like it’s floating. Chrome dials are used for the stand-alone climate control panel, while the centre console houses a unique gear selector toggle switch. Drivers also have three driver modes to choose from; Eco, Normal, Sport. 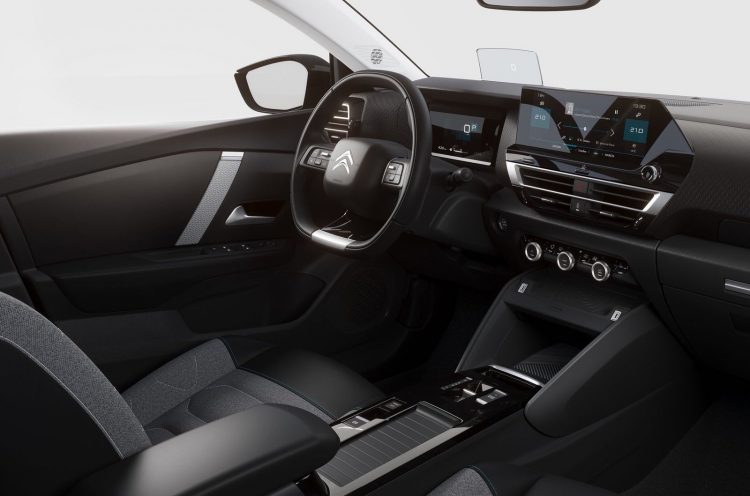 As for the propulsion sources, Citroen will be offering a range of turbo-petrol and turbo-diesel engines, ranging from the PureTech 100, 130, and 155, to the BlueHDi 110 and 130 diesels (figures correlate to metric horsepower). Both a six-speed manual and and eight-speed auto will be available.

The all-new e-C4 electric model features a 400V, 50kWh lithium-ion battery which supplies power to an electric motor that develops 100kW and 260Nm. According to the WLTP test cycle the e-C4 has a driving range of 350km. It can also accelerate from 0-100km/h in a reasonable 9.7 seconds. 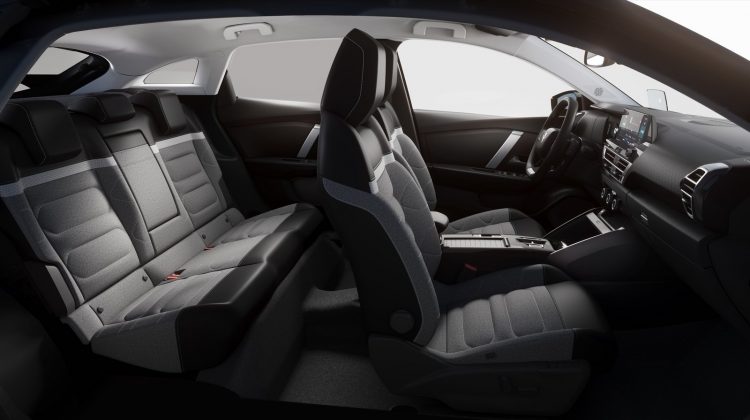 Citroen will be launching the new model in Europe during the northern autumn. Citroen’s Australian arm says the 2021 C4 is currently under evaluation for the local market, but at this stage it is unconfirmed.

The local arm certainly needs something fresh. It has been one of the hardest-hit mainstream car brands as we head through the coronavirus pandemic – see our full feature on how the Australian market is coping for more.