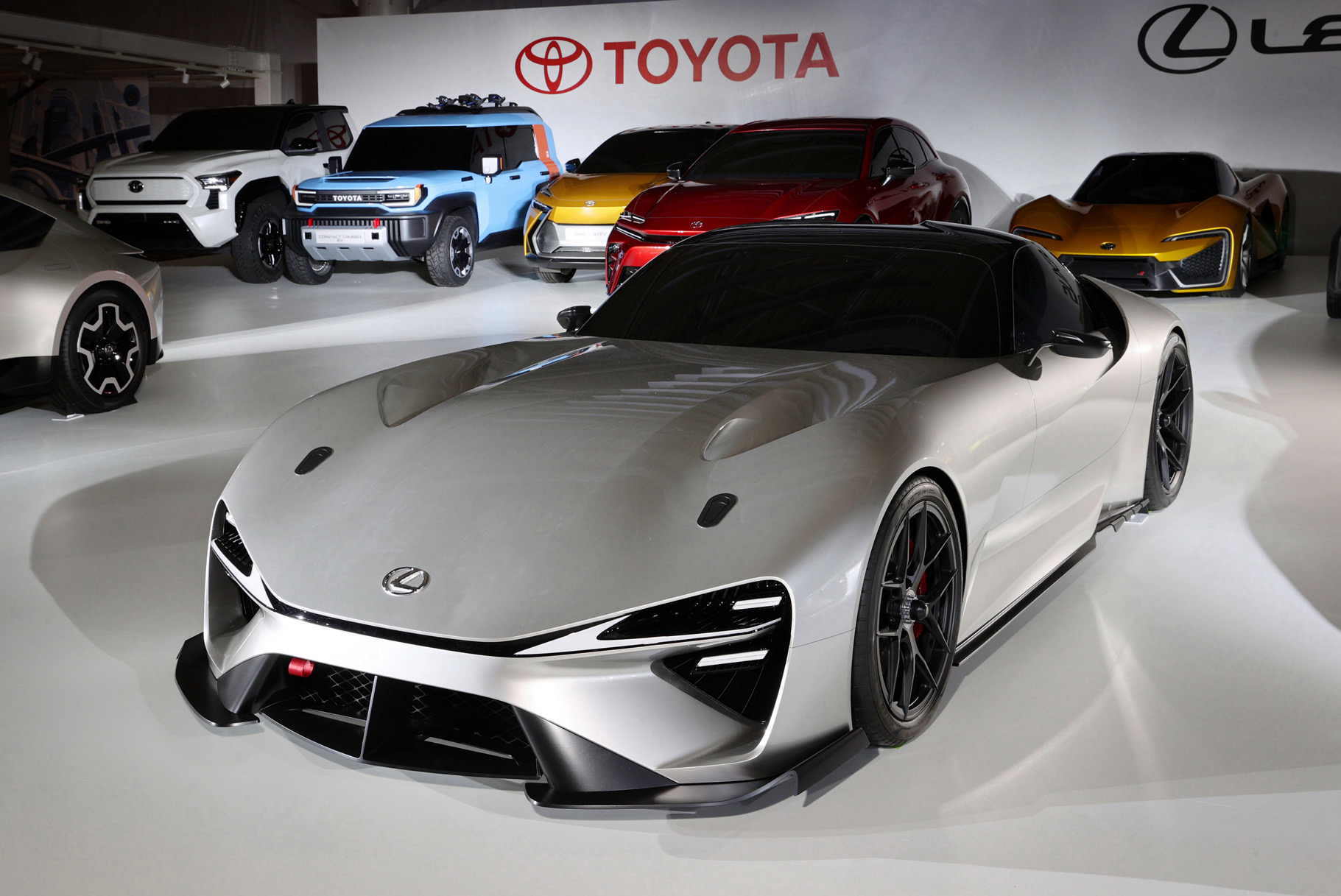 Lexus has revealed what can only be described as a future interpretation of its famed LFA super sports car, while also giving hints to a new sports sedan to eventually replace the IS and GS, while revealing its RZ electric SUV. 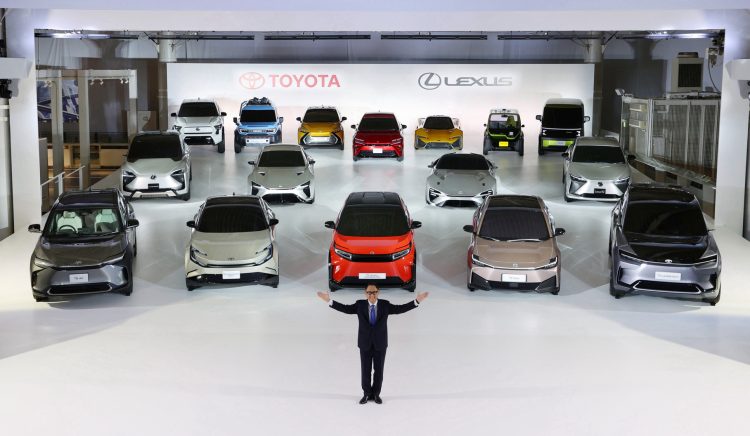 This is all part of a wider announcement last night by parent company, Toyota. The Japanese auto giant is investing around $98 billion into research and development and everything in between to fast-track its electrified vehicle rollout.

In the process of the announcement Toyota unveiled a fleet of concept cars, although it refrained from going into full detail about each one. But, picking apart the clues and pretty much stating the obvious, it looks like there are some very interesting ideas in the pipeline. 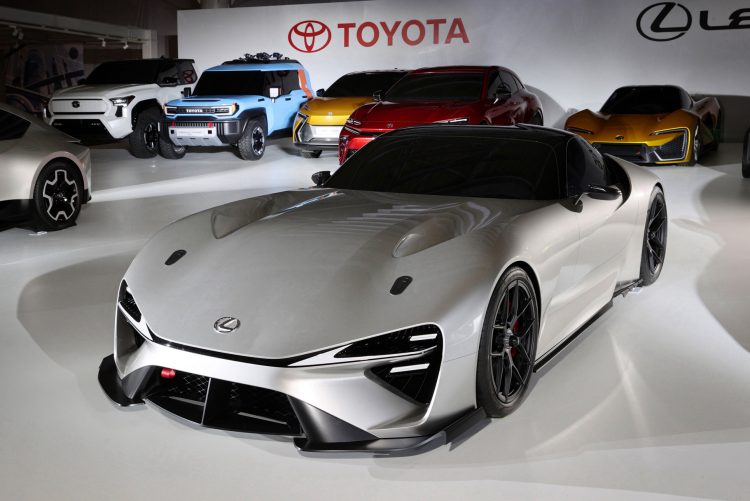 Firstly, something Lexus calls the “Electrified Sport” concept. It looks like a very low-slung sports car with a traditional long bonnet and drawn-back cabin. In introducing the concept during the official presentation (video below), Koji Sato, president of Lexus International, said:

“The endless pursuit of the Lexus driving signature will move to the next stage through the development of the new sports battery EV. With bold proportions and low ride height, essential to a sports car, it will showcase the unique driving performance of a Lexus and become a model that symbolises the future of the brand.

“Acceleration time will be in the low 2-seconds range, cruising range of over 700km, and with the possible use of solid-state batteries in mind we will aim to create a truly high performance battery EV.” 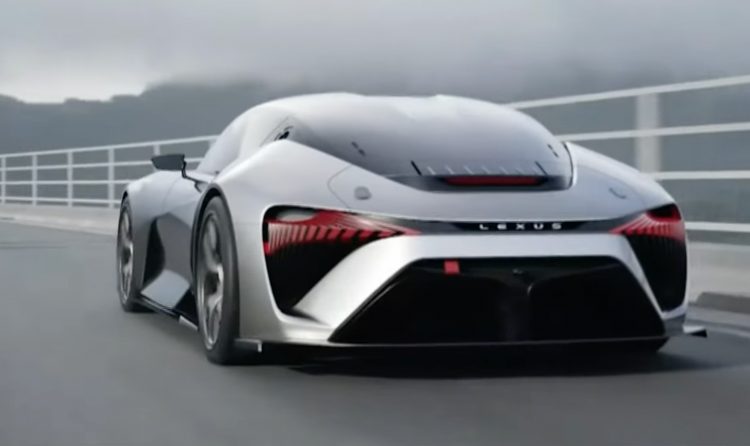 So although Sato doesn’t specially confirm a new LFA, he does confirm there is a high performance model in the pipeline. The concept certainly looks the part, and we hope most of it carries through to production. Speaking specifically about the LFA and its relationship with the concept, in the official presentation, Akio Toyoda said:

“Lexus will develop a next-generation battery EV sports car that inherits the driving taste, or the secret sauce, of the performance cultivated via the development of the LFA. We will extend the driving taste refined this way to other models as we evolve Lexus into a brand centred on battery EVs.” 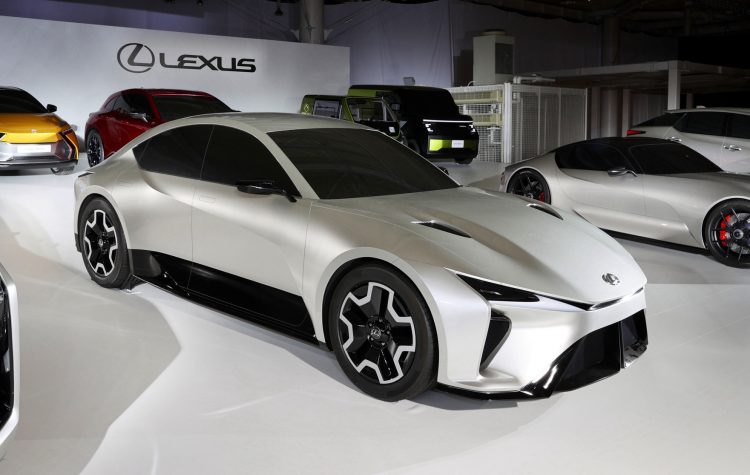 Also revealed during the presentation was a rather intriguing sports sedan concept, called the Lexus Electrified Sedan concept. It’s difficult to pick the size, but the proportions certainly seem similar to the Lexus IS mid-size sedan. It has been reported for some time that Lexus is dropping the GS sedan from its lineup, which suggests to us that this concept could eventually spawn a production model to overlap both sedans.

No details or specifications are at hand yet, but taking a look at the system in the works below, we could easily speculate a 300kW and 600Nm all-wheel drive fully electric arrangement. The sporty details will no doubt attract interest, including the deep twin-intake front end, curvy roofline, and thick side skirts. Fingers crossed this makes it production almost as is. 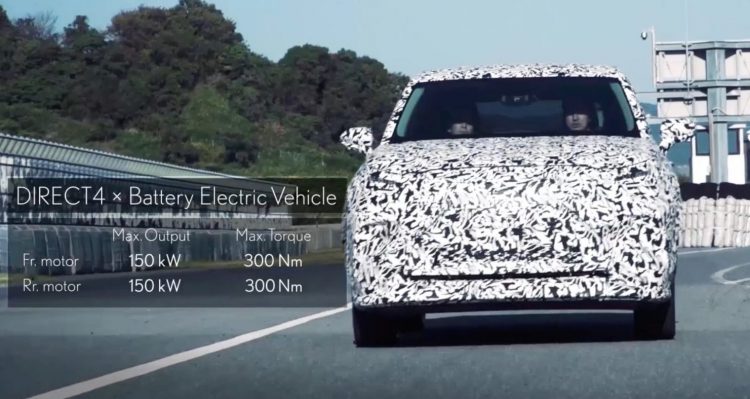 The first to hit showrooms for this new wave of electrified models for the luxury brand will be the Lexus RZ. Judging by the badge on the back, this will be available as an ‘RZ 450e’ fully electric offering. Details on its powertrain are yet to be outlined, however, Lexus has shown a prototype system in the past called DIRECT4 – also on the badge.

You can check out the full presentation in the video below. We’ve listened to as much of it as possible (while resisting drifting off to sleep at some points) to comb for juicy details, but you might hear something we missed.