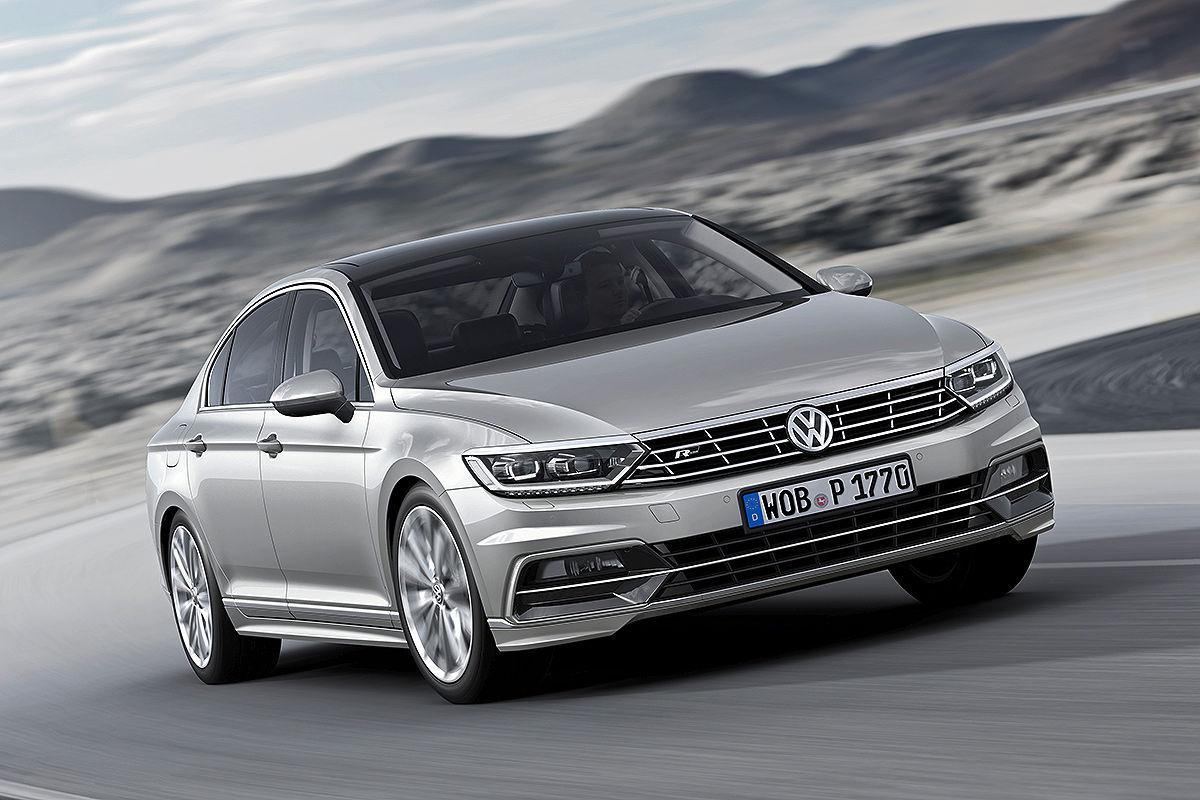 Volkswagen has revealed the new 2015 Passat and Passat wagon, showcasing a fresh design inside and out, a new range of turbo-diesel and turbo-petrol engines, and revised dimensions for increased interior space. 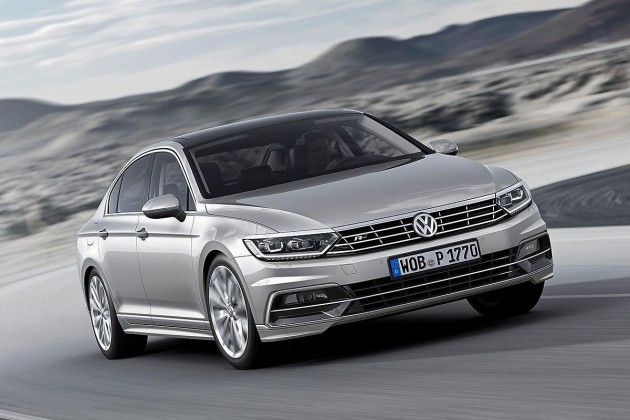 Starting with the engine lineup, Volkswagen is introducing a twin-turbo diesel 2.0 TDI producing as much as 177kW. Lower in the range there’s a 1.6 TDI developing 88kW, up to a 2.0 TDI (single turbo) producing 110kW and 140kW.

In the petrol lineup there’s a 1.4 TSI offering 92kW, 110kW, a 1.8 TSI with 132kW, and pair of 2.0 TSI units with 162kW and 206kW. Front-wheel drive setups will probably make up most of the Australian range while all-wheel drive will be offered in some markets.

A hybrid model joins the range as well, pairing a 115kW turbo-petrol engine with an 80kW electric motor. Overall output is rated at 157kW. It offers an electric-only driving range of about 50km. 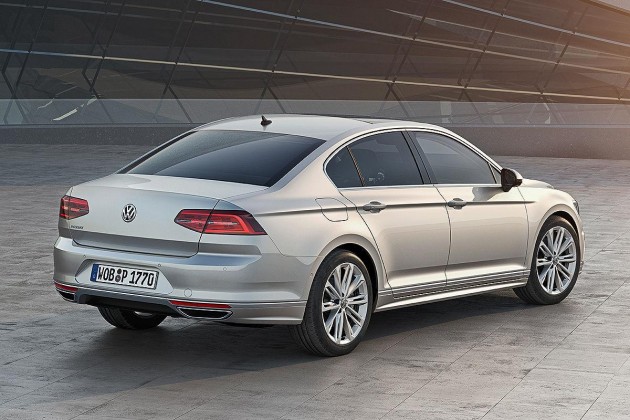 As for the design, the 2015 Passat has grown up quite a bit from the outgoing model. It now looks much more sophisticated with finer attention to detail. The front end features a larger horizontal grille with optional LED headlights, while at the back it’s sharper and tightened up lower down for an elegant look.

Volkswagen has reduced the overall length of the popular sedan by 2mm and has increased the wheelbase by 79mm. This provides 33mm of added length to the passenger compartment. It’s also 12mm wider overall and 14mm lower.

In the cargo area, capacity has increased to 586 litres for the sedan (up 21 litres) and 650 litres for the wagon (up 47 litres), compared with the outgoing model. 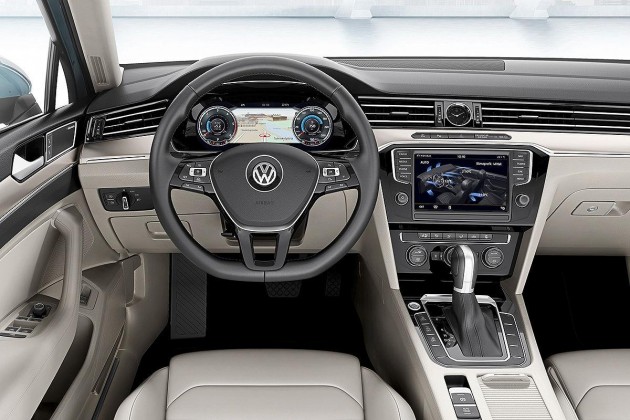 Thanks to Volkswagen’s latest MQB platform, kerb weight has dropped by an impressive 85kg. This helps to improve economy by 20 per cent and also contributes to better handling and performance.

Inside it’s fairly similar to the outgoing range in terms of the central touch-screen interface design, however, the attention to detail has stepped up a notch. There’s now a horizontal vent system that runs across the dash, a new steering wheel, and a cool, fully digital instrument cluster.

Volkswagen Australia is yet to confirm local specifications and model grades. It will go on sale early next year.