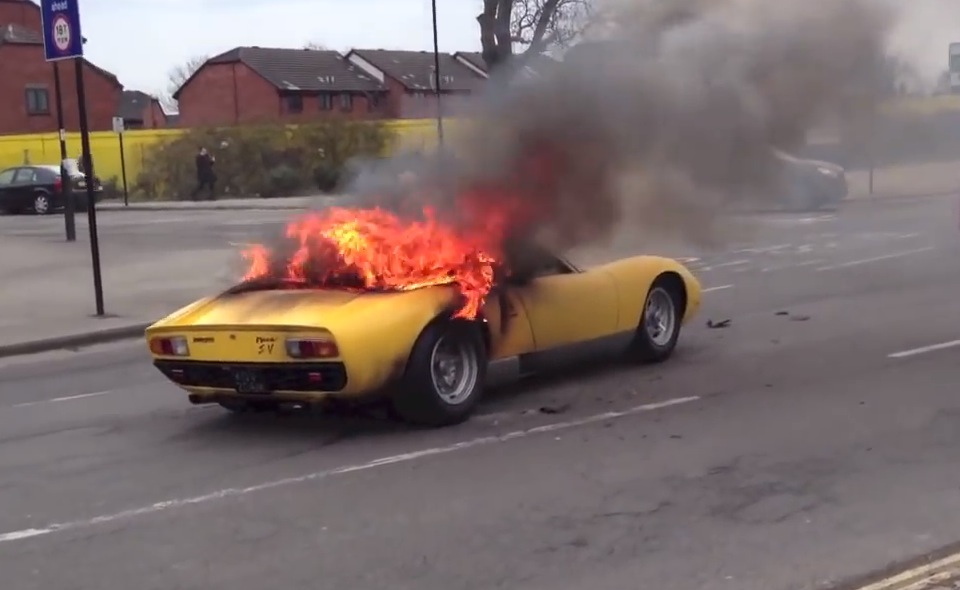 A real estate billionaire from England is suing a UK garage for more than $1.5 million in damages following a fire that left his Lamborghini Miura SV burnt to the ground. 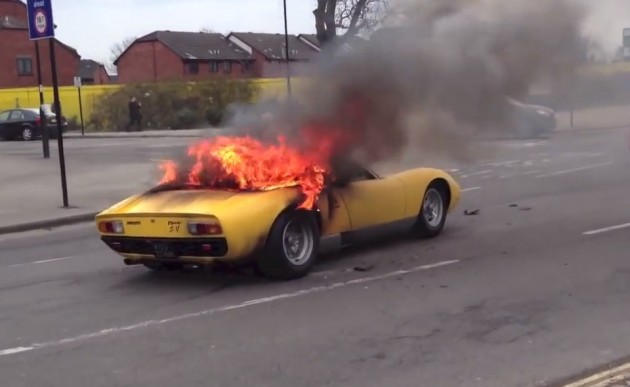 It’s understood the son of the owner picked up the Miura after a service and apparently only made it 1.6km from the garage before a violent fire ignited in the engine bay. The owner is now taking legal action against H.R Owen Dealerships.

The Miura SV was valued at $1.5 million due to its desirability and rarity, being a special edition of the Miura. Out of the 764 Miura models built, only 150 were SV models, which featured upgrades to the engine resulting in a power output of 283kW. The SV also came with a limited-slip differential for better overall performance.

A writ from the High Court was quoted as saying: “The defendant notified Mr Hunt that the services had been completed and the vehicle was ready for collection.

“On April 5, 2013 Mr Hunt, by his son, attended the garage to collect the vehicle. Mr Hunt’s son was then provided with the keys to the vehicle. He then proceeded to drive into London along the A40.

“As the vehicle proceeded it did not appear to be running smoothly. Within less than one mile of the garage, the vehicle’s engine gave off a puff of white smoke.”

Jon Hunt, the owner of the late Miura, plans to continue legal action to ensure the entire cost of the car is covered by the repairer. Check out the video below to see the poor Muira being engulfed in flames.