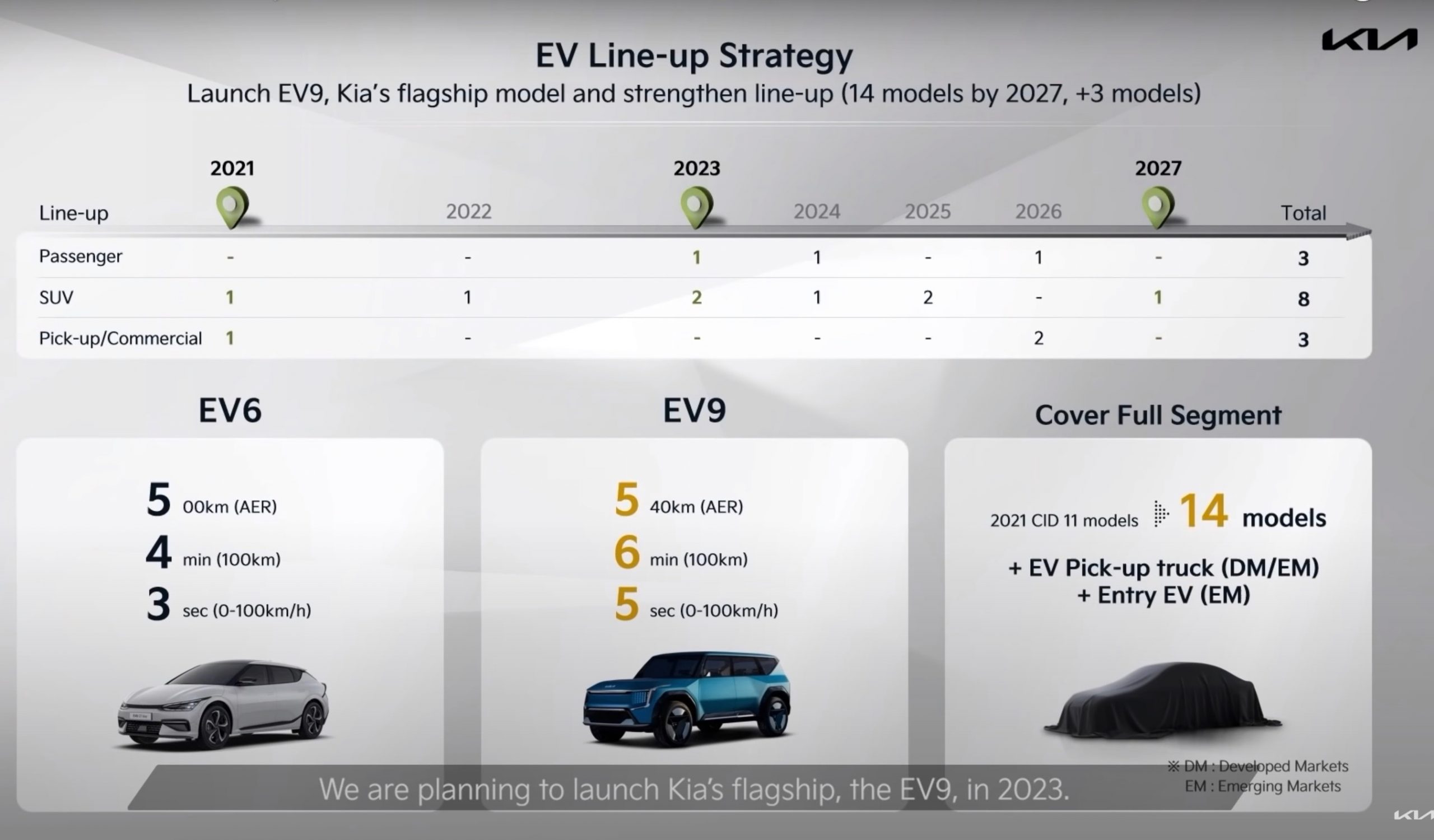 Kia has followed up on Hyundai’s intense electrification plans, committing to launch 14 new fully electric vehicles by 2027 and more hybrid and plug-in hybrid models. It is aiming for 52 per cent of its global sales to be made up of electrified vehicles in 2030, up from 17 per cent in 2022. 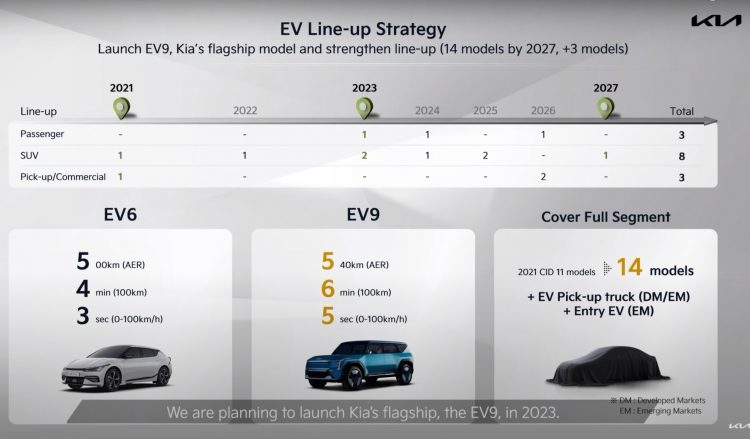 The company will also launch two new fully electric pickup trucks, including a dedicated pickup and a “strategic model” for emerging markets, Kia says. It will also introduce small and medium EV cars in Europe from 2025, and mid-size SUVs and pickups in the USA from 2024. 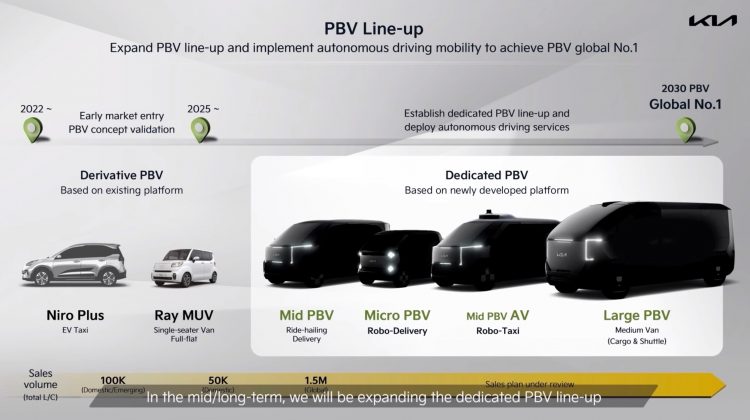 These are likely to be underpinned by Hyundai Motor Group’s new/upcoming IMA platform, although Kia simply refers to it as the next-generation ‘E-GMP II’ layout (currently used on the EV6).

Kia will also offer a 300,000km battery warranty for an upcoming PBV (purpose-built vehicle) version of the Niro, suitable for taxi services. This will be very appealing to business owners, and a segment-leading initiative. A number of fresh PBVs are also in the pipeline. 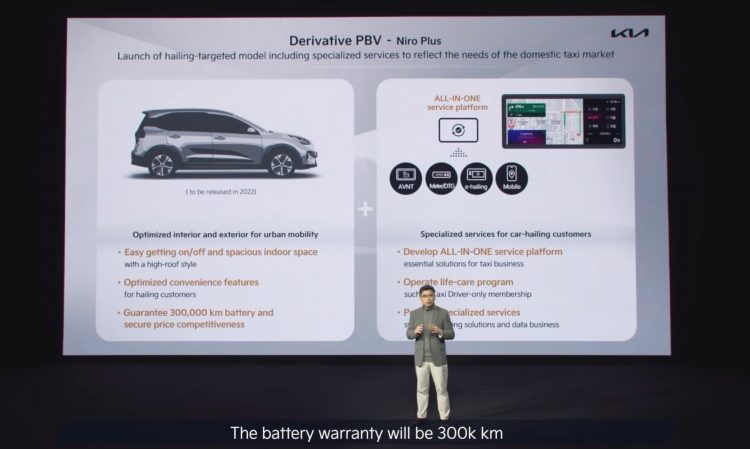 Excitingly, Kia mentions a performance GT variant for the new EVs. These will offer “dynamic” performance with “overwhelming acceleration”. It looks like there will be a GT version of an SUV – probably the EV9 – as well as a GT sedan, and GT urban/city car. 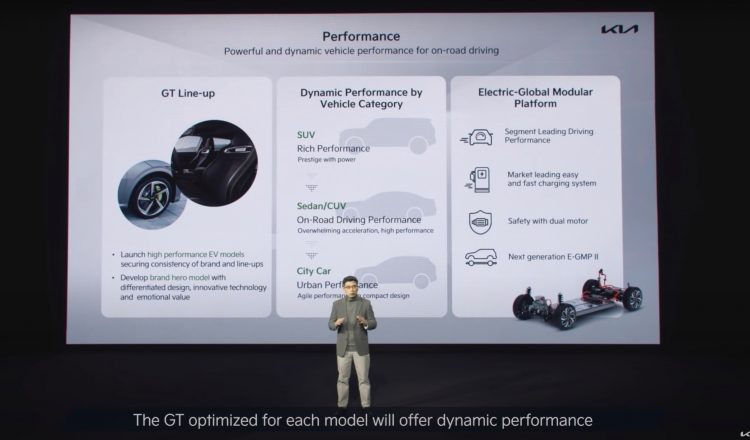 Of course there is no speak of an Australian market outlook specifically. But that’s a given since we do not have firm emissions laws in place like Europe and USA. So, understandably, Kia predicts that over 80 per cent of its total EV sales in 2030 will come from China, Europe, Korea, and North America. Kia says:

“In major markets with strong environmental regulations and a growing demand for EVs, such as Korea, North America, Europe and China, Kia plans to increase its proportion of eco-friendly car sales by up to 78 percent by 2030.” 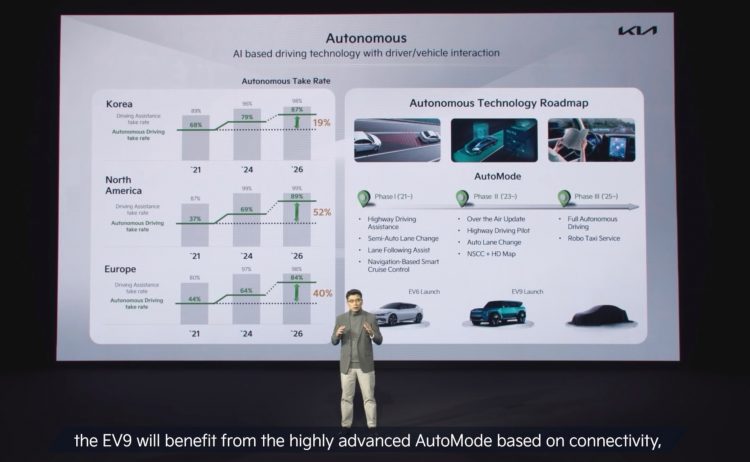 Kia is also forging ahead with over-the-air and feature-on-demand technologies. These will allow customers to update their vehicles from home, almost like a computer software update. It will be possible to unlock new vehicle functions, at a cost, like a post-sale option.

To achieve these goals Kia will obviously have to invest in research and development and production of the new vehicles. As such, it is investing 28 trillion won in its business operations over the next five years. More details can be found in the 2022 Kia CEO Investor Day video below.