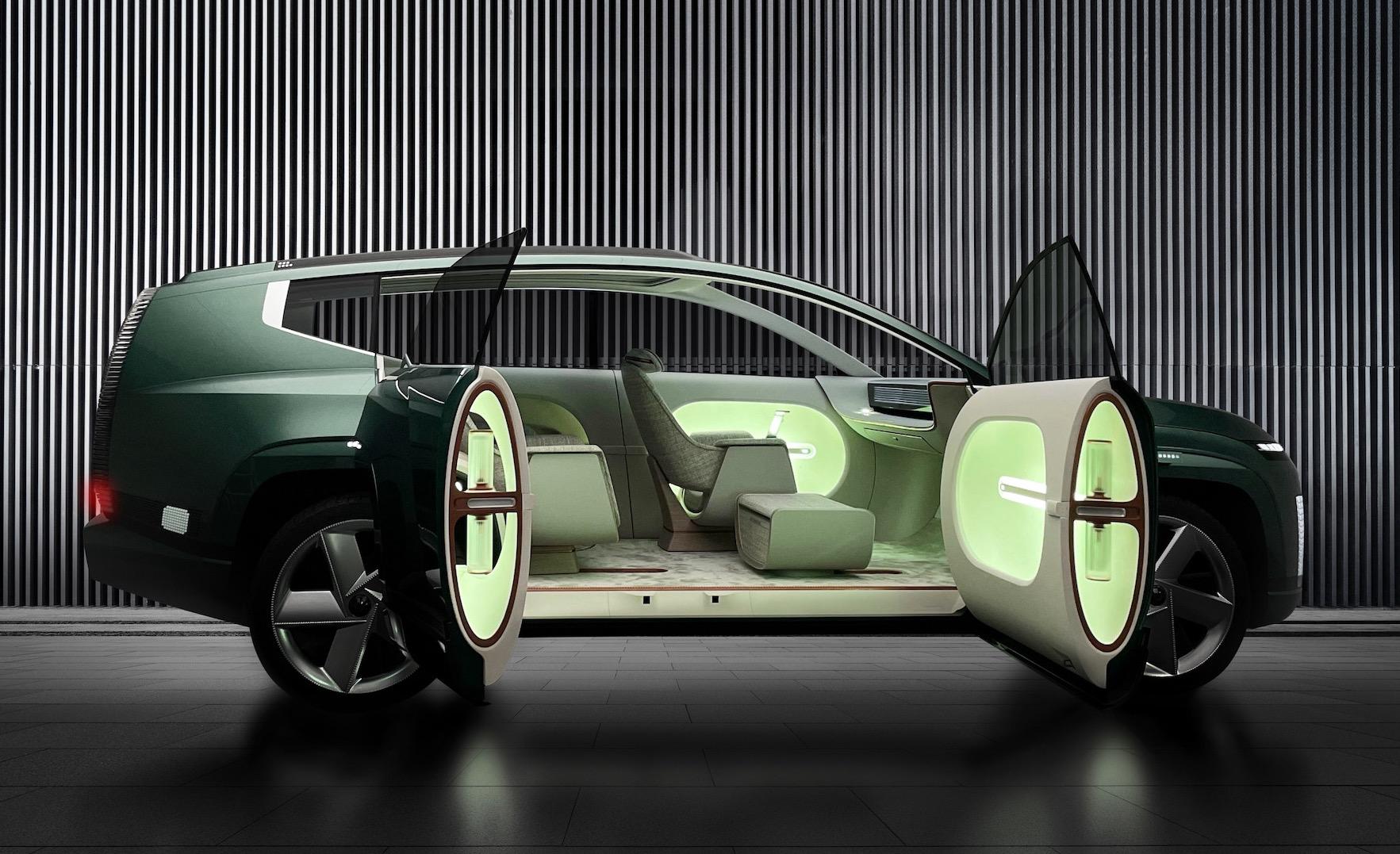 Check out this. It’s the new SEVEN SUV concept by Hyundai. Although it looks super-futuristic, it will actually inspire the upcoming IONIQ 7 production model in the future. 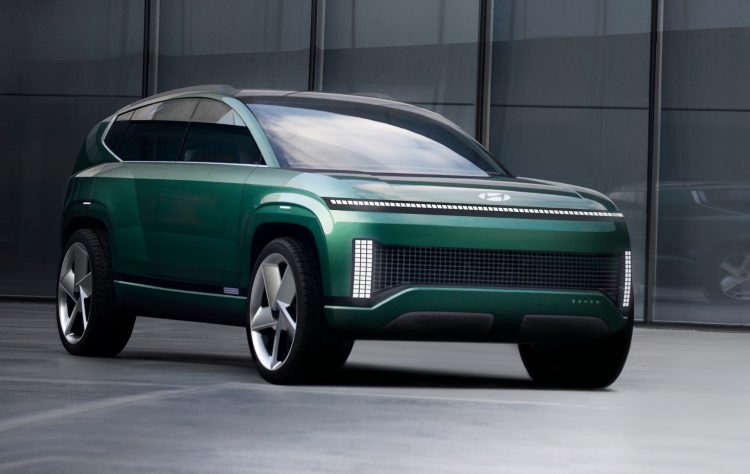 The IONIQ 7 will join the IONIQ 5 and the IONIQ 6 in the new fully electric sub-range of the showroom. And judging by this concept, the 7 will be another very innovative and intriguing option for the growing EV field.

It rides on Hyundai’s E-GMP layout, featuring a 3.2-metre wheelbase, in concept form anyway. That’s huge considering a Toyota LandCruiser 200 Series wheelbase is 2850mm. Hyundai says designers intentionally pushed the wheels outward to ensure there is as much room as possible inside. 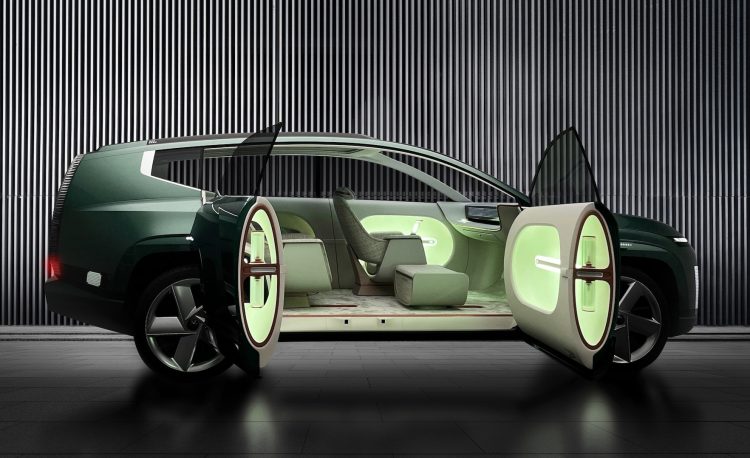 “SEVEN paves the way forward for what an SUV needs to become in the EV era with a unique aerodynamic pure form that does not compromise on its rugged personality. The interior opens up a new dimension of space that cares for its passenger as a family living space.”

Various elements of the concept have been made to be as eco-conscious as possible too, with bio-paint applied to the body, and hygienically-recycled and renewable materials used throughout the interior, with mineral plaster, bamboo wood and carpet, and bio resin. Copper and hygienically-treated fabric with proven antibacterial functions are also applied. 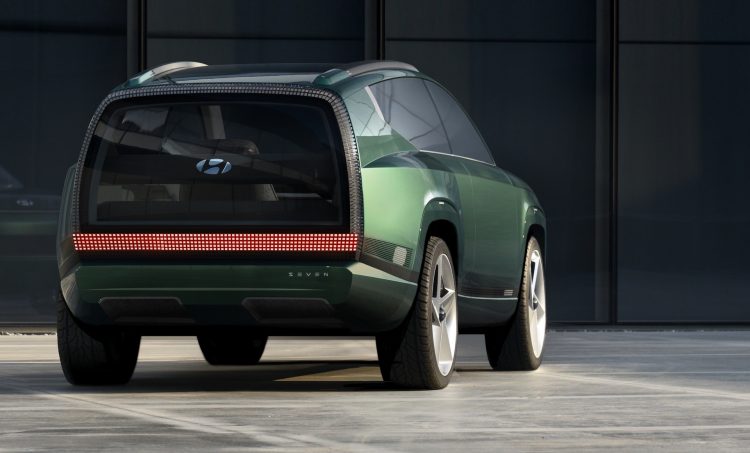 As for the powertrain, Hyundai hasn’t revealed the full specs. However, it says the system is capable of being recharged at 350kW, requiring about 20 minutes to go from 10-80 per cent charge. It also says it has a “target range of over 300 miles” (483km).

The production version isn’t set to appear until early 2024, according to an earlier comment from Hyundai. In 2020, the company said:

“In 2022, Hyundai will introduce IONIQ 6 sedan, which is based on the company’s latest concept EV ‘Prophecy’, unveiled in March; followed by IONIQ 7, a large SUV in early 2024.”