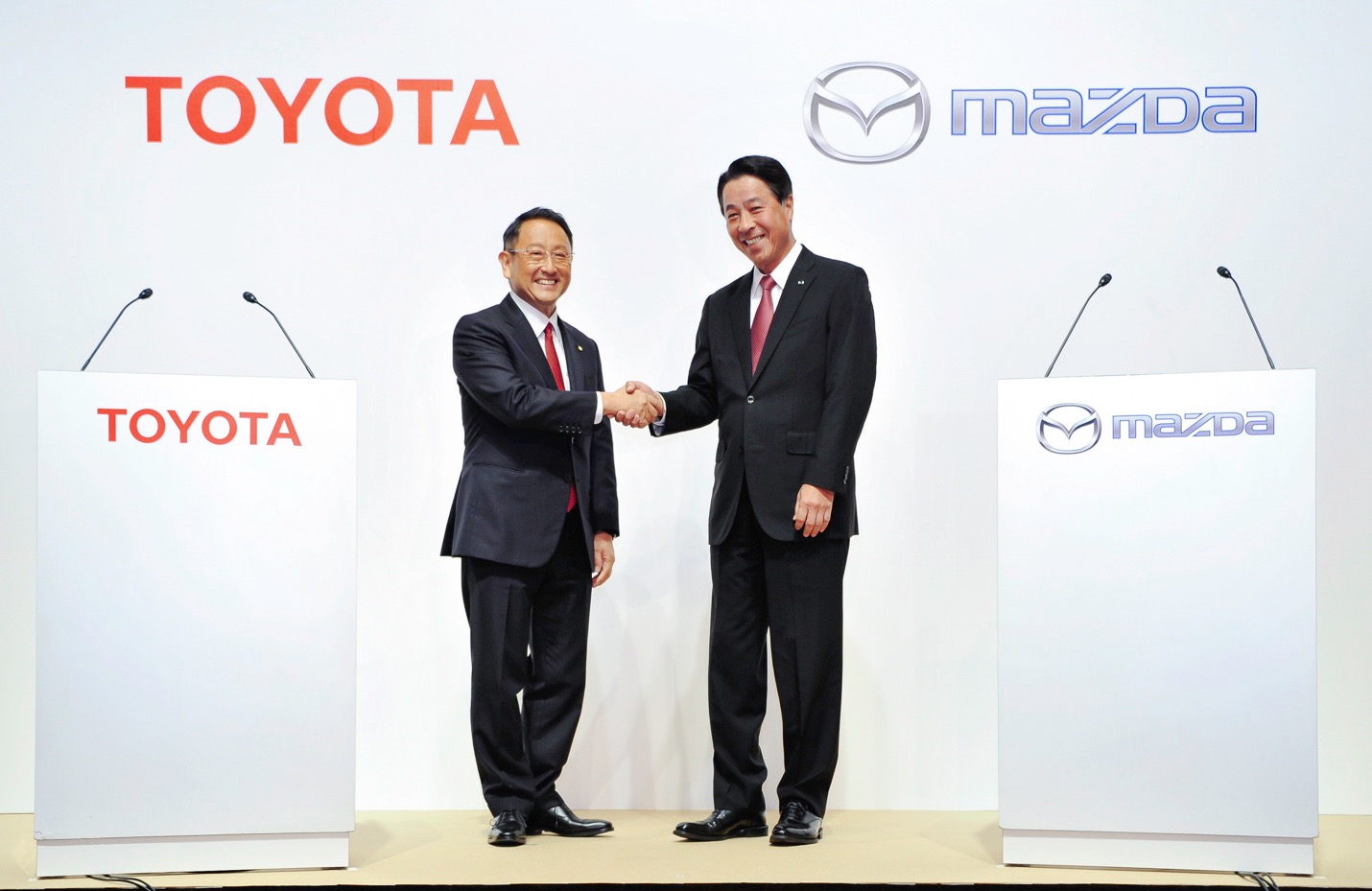 Toyota and Mazda are teaming up to co-develop future mobility and electric vehicle technology, and will establish a production plant that will allow both companies to produce vehicles in the US. 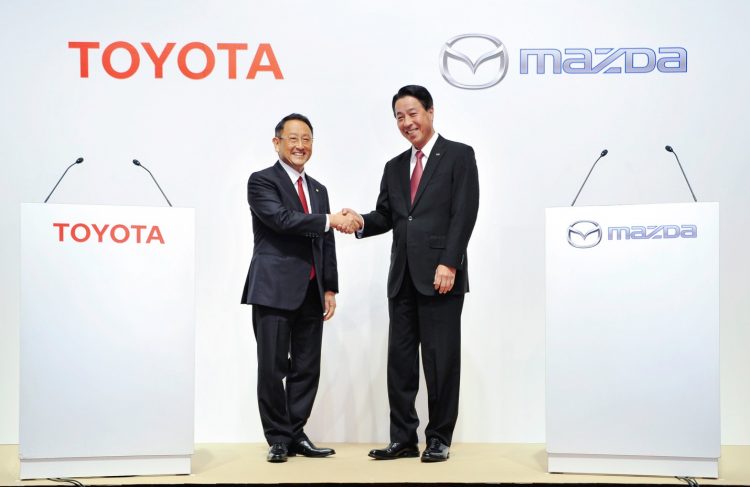 This has been two years in the making, but now the two have signed into a business and capital alliance. The partnership comprises of four different elements; the establishment of a joint venture production facility in the US; the co-development of electric vehicle technology; the co-development of safety and connected-car technology; and the expansion of complementary products.

In 2021, a new production plant is planned to open up in the US, creating up to 4000 jobs and requiring a US$1.6 billion investment. The plant will allow Mazda to produce upcoming crossover models for North America, while Toyota will produce its Corolla for the market.

As for the electric vehicle development, Toyota and Mazda will jointly explore development for the basic structure of future electric vehicles. The partnership is set to fast track the technology, particularly in the area of passing regulations and supplying for market demands in specific countries.

To go through with the plan Toyota will acquire 31,928,500 shares of common stock newly issued by Mazda, with a shareholding ratio of 5.05 per cent and a total value of 50 billion yen. Meanwhile, Mazda will acquire Toyota shares to the equivalent value, with a shareholding ratio of 0.25 per cent. The two companies will also consider expanding on this in the future. Speaking about the news, Toyota president Akio Toyoda said:

“The greatest fruit of our partnership with Mazda is that we have found a new partner who truly loves cars. It has also sparked Toyota’s competitive spirit, increasing our sense of not wanting to be bested by Mazda. This is a partnership in which those who are passionate about cars will work together to make ever-better cars. It is also the realisation of our desire to never let cars become commodities.”

It’s interesting that both companies produce cars that are, in our opinion, exactly that; commodities. Nonetheless, most of the products available from Toyota and Mazda are regarded as truly excellent commodities.