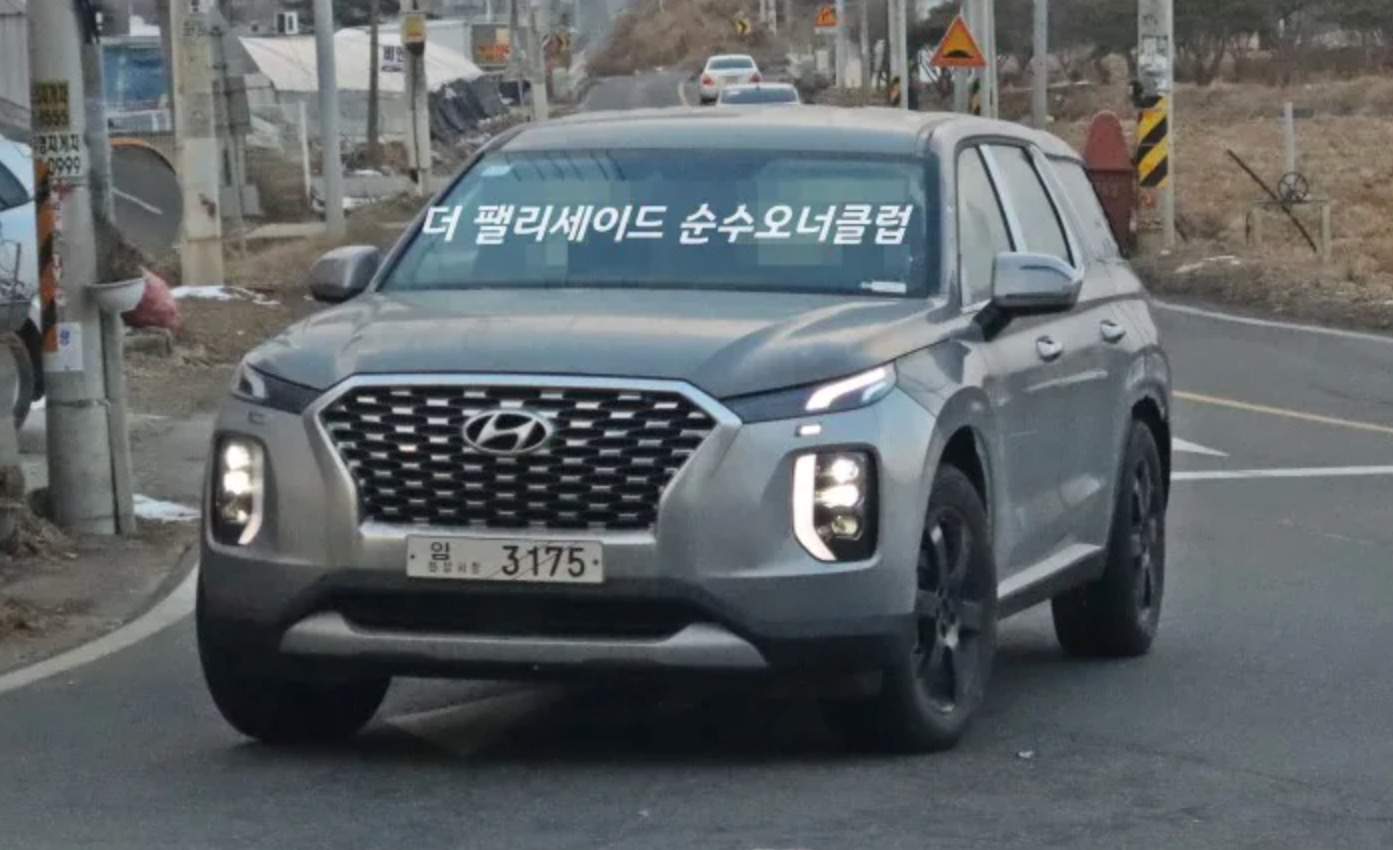 Genesis may have been spotted test driving an early prototype version of its upcoming super-size SUV, known as the GV90, wearing Hyundai Palisade panels. 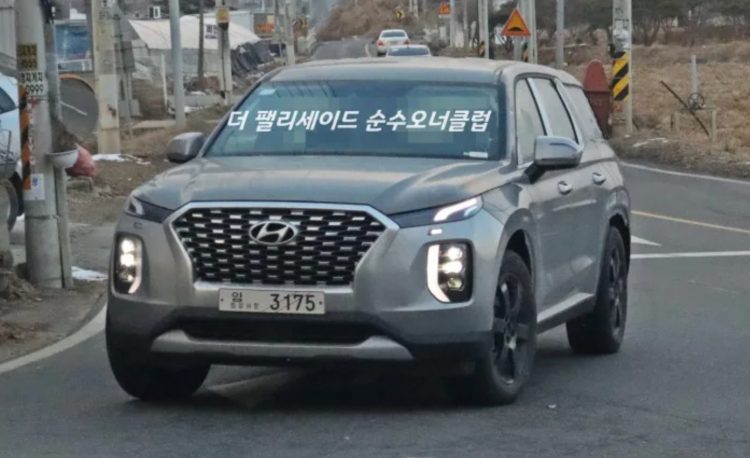 Firstly, what is the GV90? Although not officially announced, it is set to be an upper-large, upper-luxury SUV positioned above the GV70 and even the seven-seat GV80. It’ll give vehicles such as the BMW X7 and Mercedes-Benz GLS a run for their money, offering proper seven-seat comfort.

Since all Genesis vehicles beyond 2025 will be fully electric (including hydrogen), the GV90 is very likely to be an all-electric model. As such, it will probably share some hardware and fundamental components with the upcoming Hyundai IONIQ 7 and Kia EV9.

Judging by these recent spy shots by AutoPost, Genesis has begun testing the foundations of the GV90 using a Hyundai Palisade as a base. Although it looks like a Palisade, it is clear to see this is a very chopped up, makeshift test mule, likely featuring Palisade panels purely for concealing purposes only. Even the front bumper bar doesn’t look right. 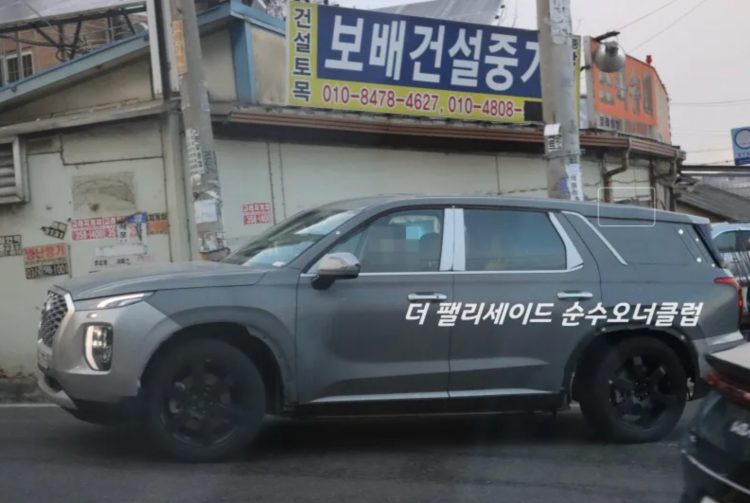 Interestingly, if you take a look at the rear wheel it appears to sit inside a strangely large wheel arch. The wheel itself also seems to be angled, perhaps suggesting rear-axle steering? Genesis might be toying with the idea, especially as this model will be heavily focused on comfort and ease of use. It’ll obviously be very large, making it difficult to manoeuvre in tight, inner-city areas.

According to the photographer, the vehicle emitted no noise during this spotting and he/she also observed the lack of a fuel filler cap on the body. Interestingly, in Australia, Hyundai has filled a trade mark application for the name GV90. However, it also had the name ‘GV90e’ registered last year, but the trade mark has since been listed as cancelled ‘at the request of IB’ – International Bureau. 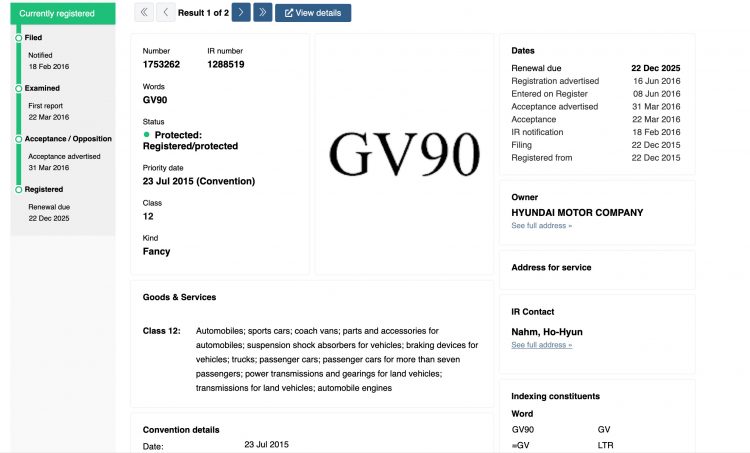 To us, this suggests Genesis may have originally planned for the GV90 to be offered with petrol or diesel power. But since the company became committed to an all-electric future, maybe there is no need for the ‘e’ on the badge?

Like the GV60 electric SUV – which doesn’t feature an ‘e’ either yet is all-electric – the GV90 is likely to be offered with a 77.4kWh battery pack, with twin electric motors (AWD) offering around 230kW and 605Nm. An AWD Performance option for the GV60 steps that up to 320kW. Range figures for the GV90 are expected to peak at around 500km. 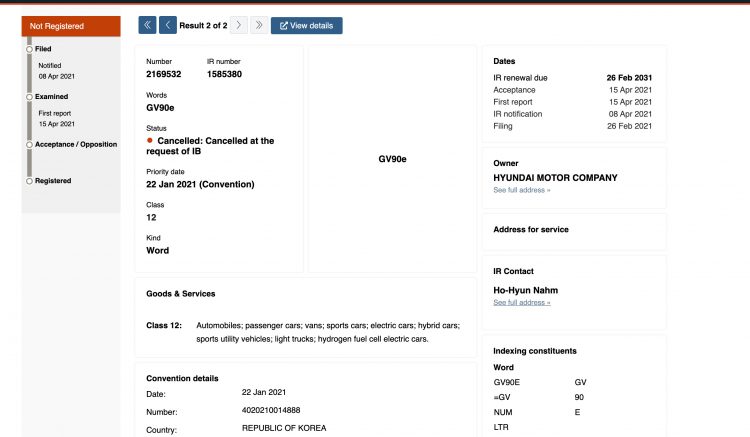