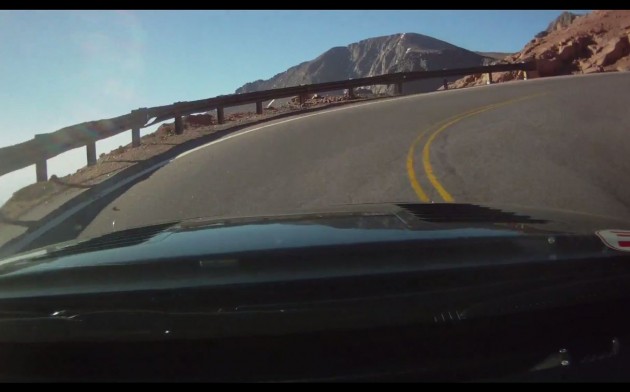 The Lexus IS F CSS-R was specially designed to take on Pikes Peak International Hill Climb this year. It features lots of carbon fibre replacement components over the normal IS F, while a number of extensive aerodynamic revisions have also been made.

Under the bonnet, it’s largely the same 5.0-litre naturally aspirated V8, producing 311kW and 505Nm. The engine does feature a freer-flowing induction setup to help it breath at high altitudes.

Click play on the video below for a glimpse of the test run, and notice that the run is now all-tarmac now, as opposed to last year’s tarmac and dirt layout. The real event starts on July 8.