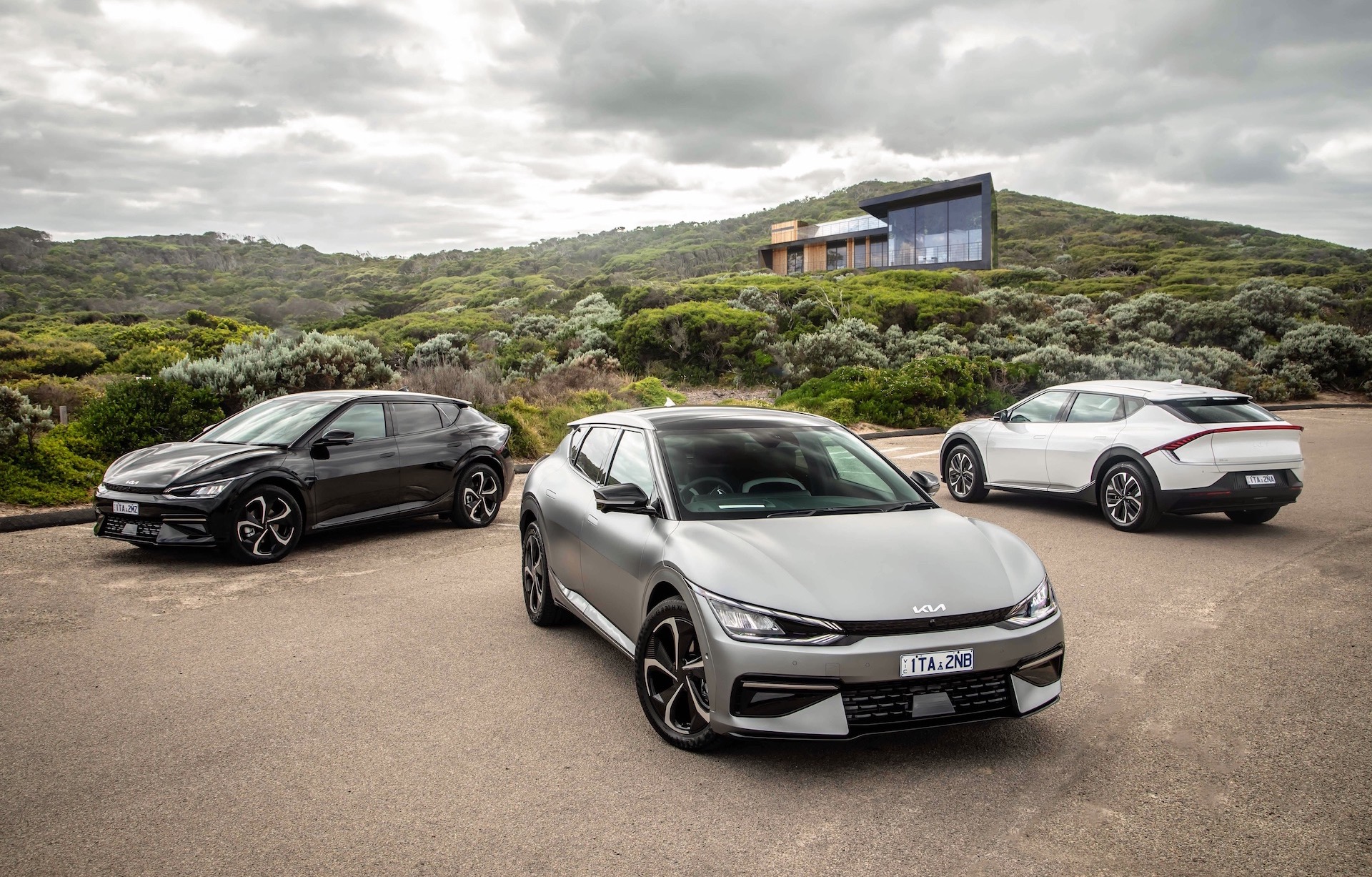 The Kia EV6 fully electric coupe/crossover/hatch is about to launch in Australia, with two variants to kick things off before the flagship GT (eGT) arrives later in the year or early in 2023. 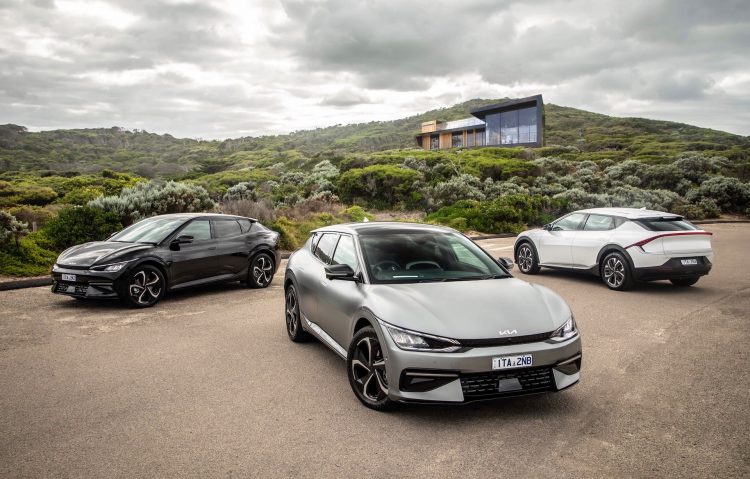 In standard configuration the Air and the RWD GT-Line feature a single electric motor that unleashes 168kW and 350Nm, offering a driving range of 528km (504km on the GT-Line due to 20-inch wheels). Acceleration from 0-100km/h takes a claimed 7.3 seconds with the 19-inch alloy wheels on the Air.

Stepping up to the AWD GT-Line adds a front electric motor, offering an overall combined output of 239kW and 605Nm. The driving range is rated at 484km, and 0-100km/h takes a claimed 5.2 seconds with the standard 20-inch alloy wheels.

Kia Australia says local interest in the EV6 has been extraordinary in the lead up to its arrival. It will be joined by the all-new Niro this year, as well as a hybrid option for the Sorento. The local arm also says the high-performance EV6 GT, which seems to be called the eGT in Australia, will arrive “late 2022 or early 2023”.

These initial EV6 models are scheduled to launch in February, with prices starting from $67,990 (excluding on-road costs). That means it undercuts the platform/powertrain-sharing Hyundai IONIQ 5 by $3910.