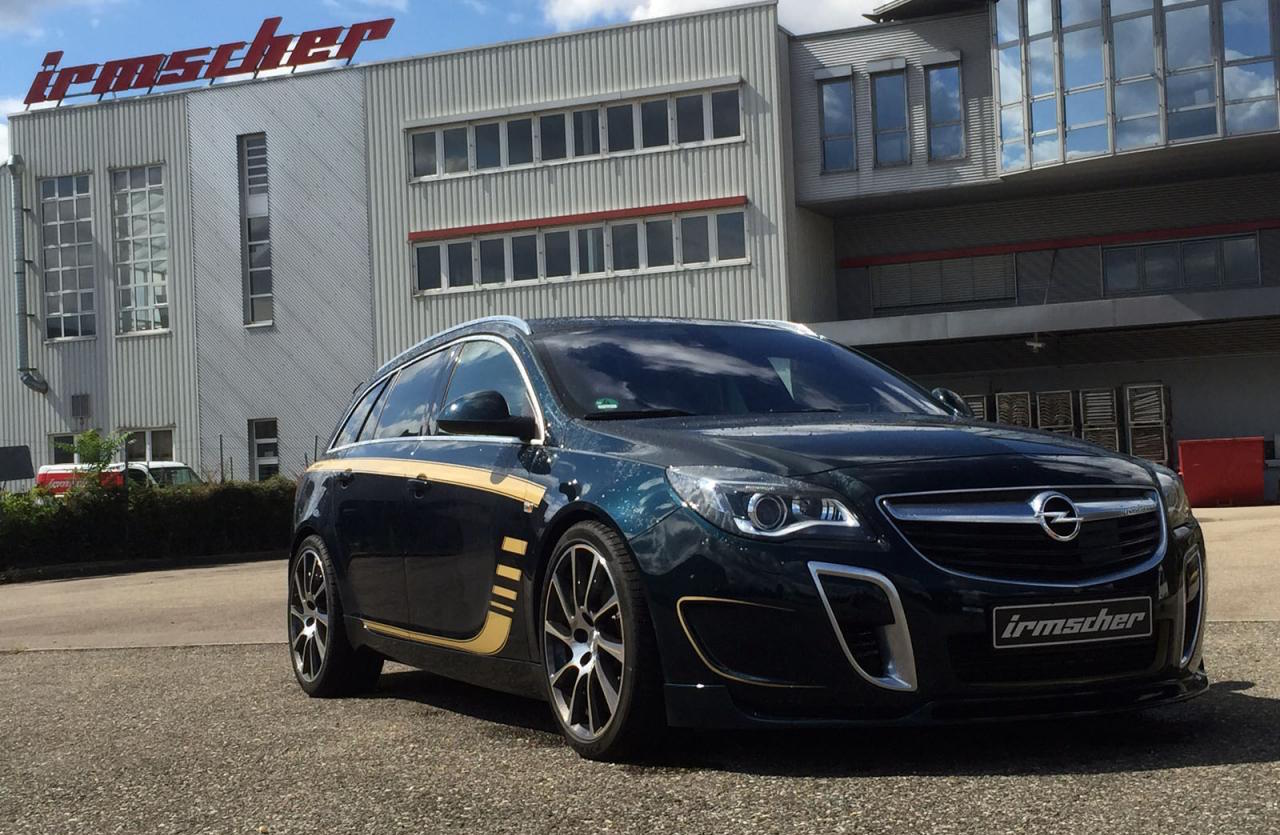 The Opel Insignia OPC, called the Holden Insignia VXR in Australia, is the recipient of a new tuning project announced by renowned German tuner Irmscher. It’s called the Insignia is3 Bandit. 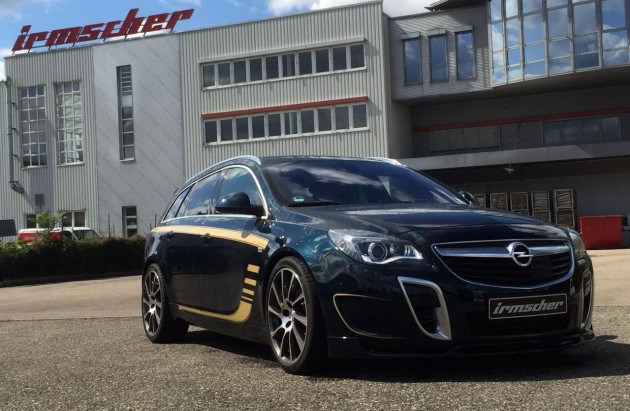 In standard form the top Insignia model comes with a 2.8-litre turbo V6 producing 239kW and 435Nm. Thanks to an upgraded turbocharger and new intake system to increase breathing capacity, the engine produces an impressive 279kW and 600Nm.

Out on the tarmac the tuning firm says the car can accelerate from 0-100km/h in 5.9 seconds, down from the factory 6.3-second time. It gets off the line using the standard four-wheel drive system and six-speed automatic.

The tuning program doesn’t stop there though. The entire package was put together as a co-development project with Köstner Opel in Germany. As such, the team has dressed the Insignia in a bespoke livery and bodykit.

Styling is enhanced with a new front spoiler system which extends lower towards the ground, matching side skirts, and a chunkier rear diffuser setup. There’s also a rear spoiler mounted up near the roof, and a set of 20-inch ‘Turbo Star’ alloy wheels.

Köstner Opel will be offering the complete package as a brand new vehicle later this year, while Irmscher will of course be offering the parts separately or as an upgrade package for existing customers.

Unfortunately for Australians, Holden doesn’t offer a wagon version of the Insignia VXR. It’s a shame we think as it would make for one cool family wagon.