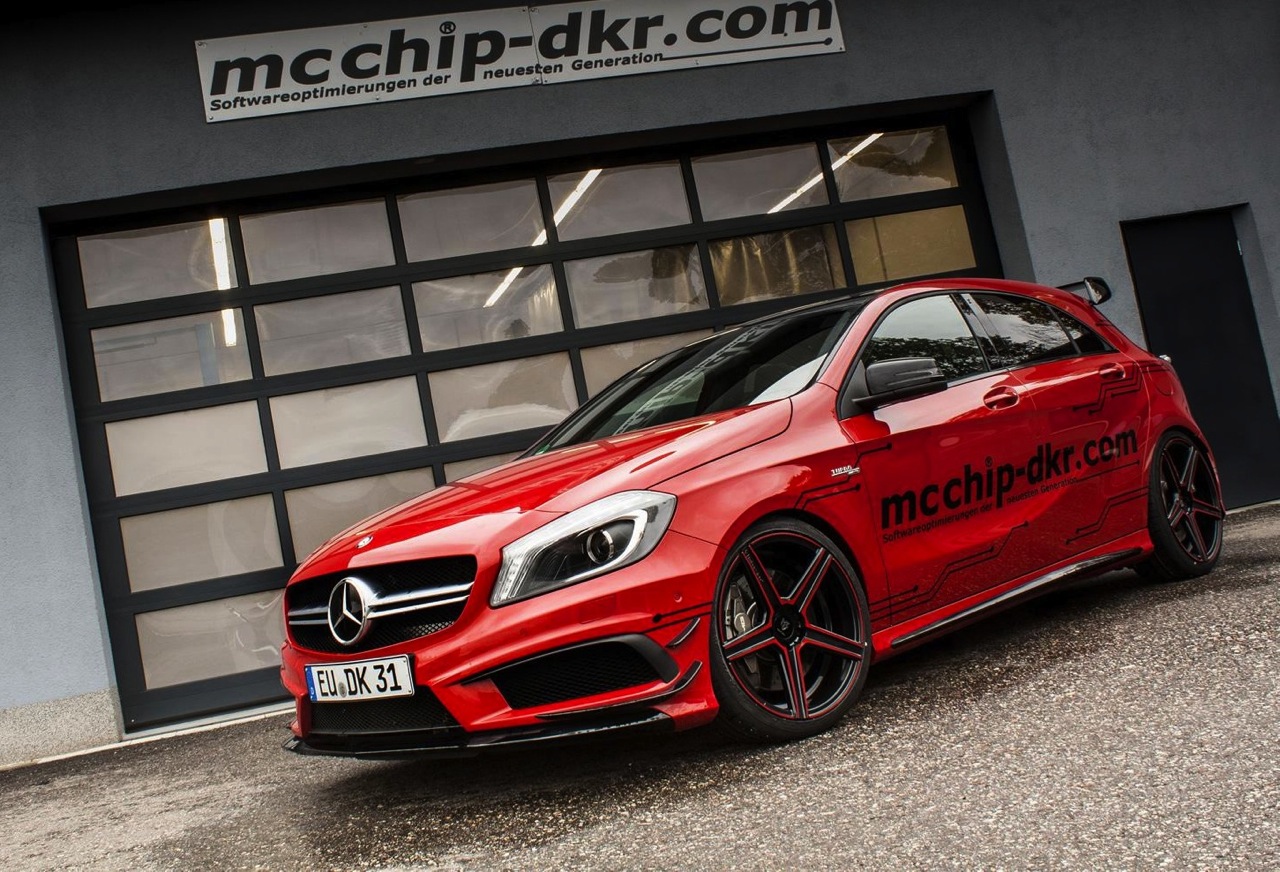 The Mercedes-Benz A 45 AMG is already a lethal little package, without the need for tuning. In fact, it’s currently equipped with the most powerful factory 2.0-litre engine on the market. Even so, mcchip-dkr has come up with an extensive tune for the beast. 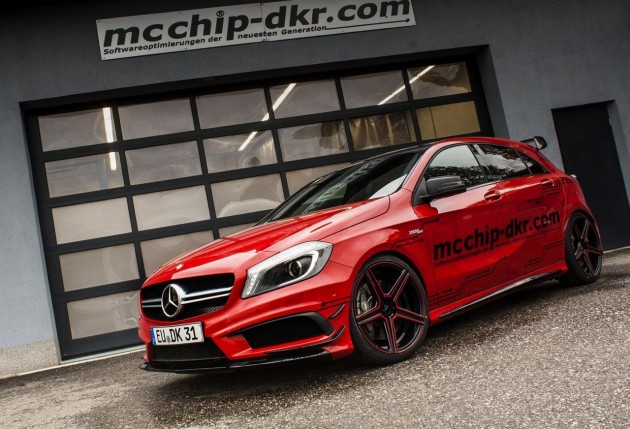 In standard form the A 45 AMG comes with a 2.0-litre heavily turbocharged four-cylinder engine producing 265kW and 450Nm. With the help of a mcchip engine computer tweak, outputs can be boosted to three different levels.

The stage 1 package boosts power to 294kW and an impressive 535Nm. Moving up to the stage 2 tune and 309kW and the same 535Nm is sent through all four wheels. For those that enjoy a level of performance that’s capable of peeling back your forehead as you accelerate, stage 3 lifts power to a V8-like 331kW and 550Nm.

How does this translate into tarmac performance? Well, considering the standard A 45 is able to conquer 0-100km/h in 4.6 seconds, we have no doubt the stage 3 kit could see this figure tumble right down into the low 4.0-seconds region, potentially dipping into 3s with a good launch.

If you’re after a ballistic pocket rocket, here is some great inspiration alright.