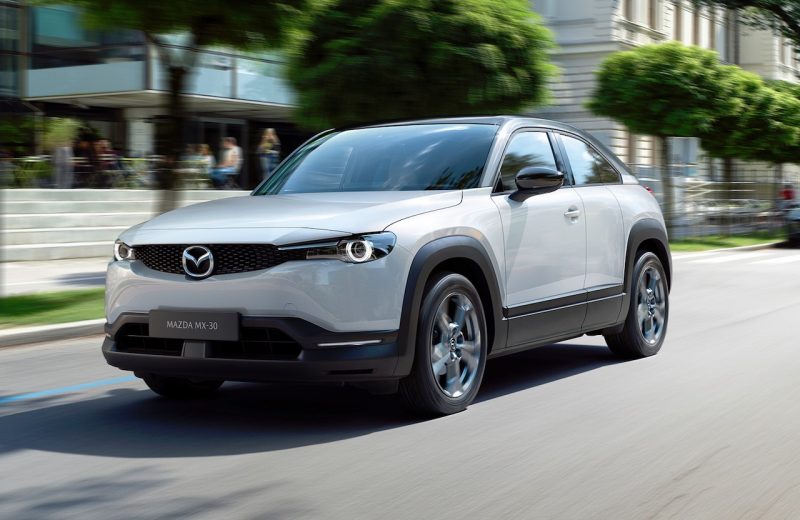 Production of Mazda’s all-new, all-electric MX-30 has commenced as the company gets ready to jump into the growing electric SUV market. It’ll contend with the likes of the Hyundai Kona Electric. 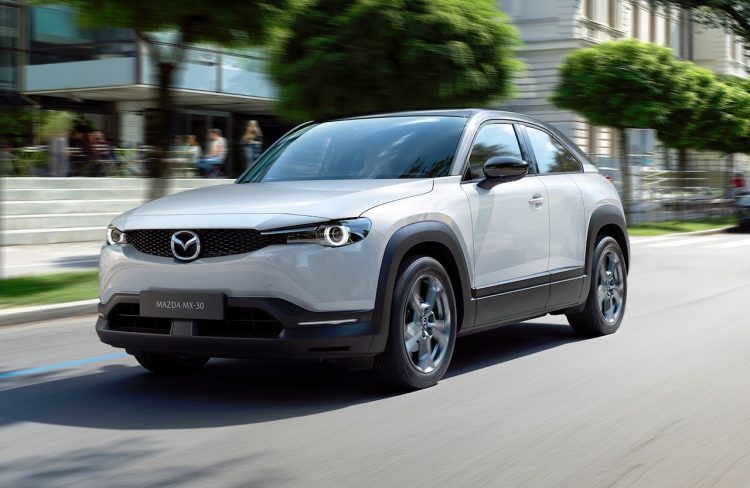 The MX-30 is Mazda’s first-ever fully electric production vehicle. It is being produced at the company’s Ujina plant in Hiroshima, Japan, and will soon be shipped out to European markets from the northern autumn (third quarter). At this stage it is not set for the Australian market.

Powering the new model is a 35.5kWh lithium-ion battery that feeds an AC synchronous electric motor for the front axle. On full throttle the system produces up to 107kW of power. Acceleration figures for 0-100km/h haven’t been mentioned, but the WLTP average range is approximately 200km. Recharging to 80 per cent can take as little as 30-40 minutes using a 50kW rapid charger. 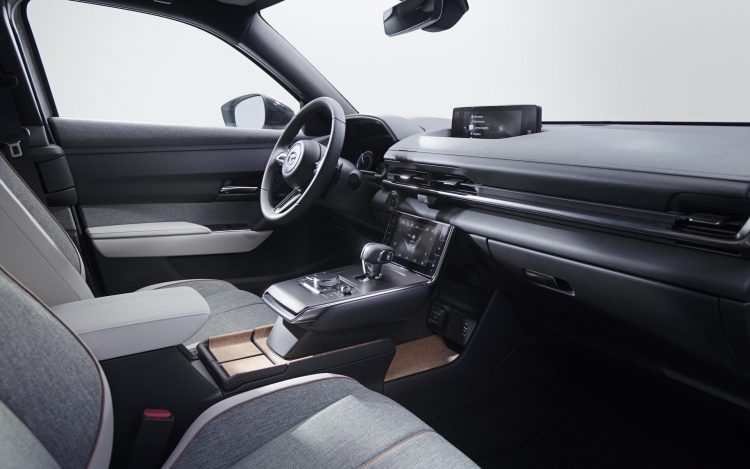 Like the Hyundai Kona Electric rival, the Mazda MX-30 is being pitched as a conventional small SUV. Although it doesn’t borrow the body design from any existing Mazda model, it is just as practical and user-friendly as Mazda’s CX range. It also showcases Mazda’s latest Kodo design language, incorporating unique rear-hinged rear doors.

Inside the cabin things are a little different. Mazda has gone for a very modern and clean decor that uses softer greys and lighter colours as opposed to its usual dark theme. There’s also a unique floating centre console that houses the gear selector, with a separate touch-screen for the climate controls. The latest Mazda Connect hand controller system is also used for another digital screen up on the dash.

Mazda will be launching a special First Edition in some regions giving buyers the opportunity to quality for a free home box wall charger, as well as some other bonus features. In the UK the First Edition is limited to 500 units.