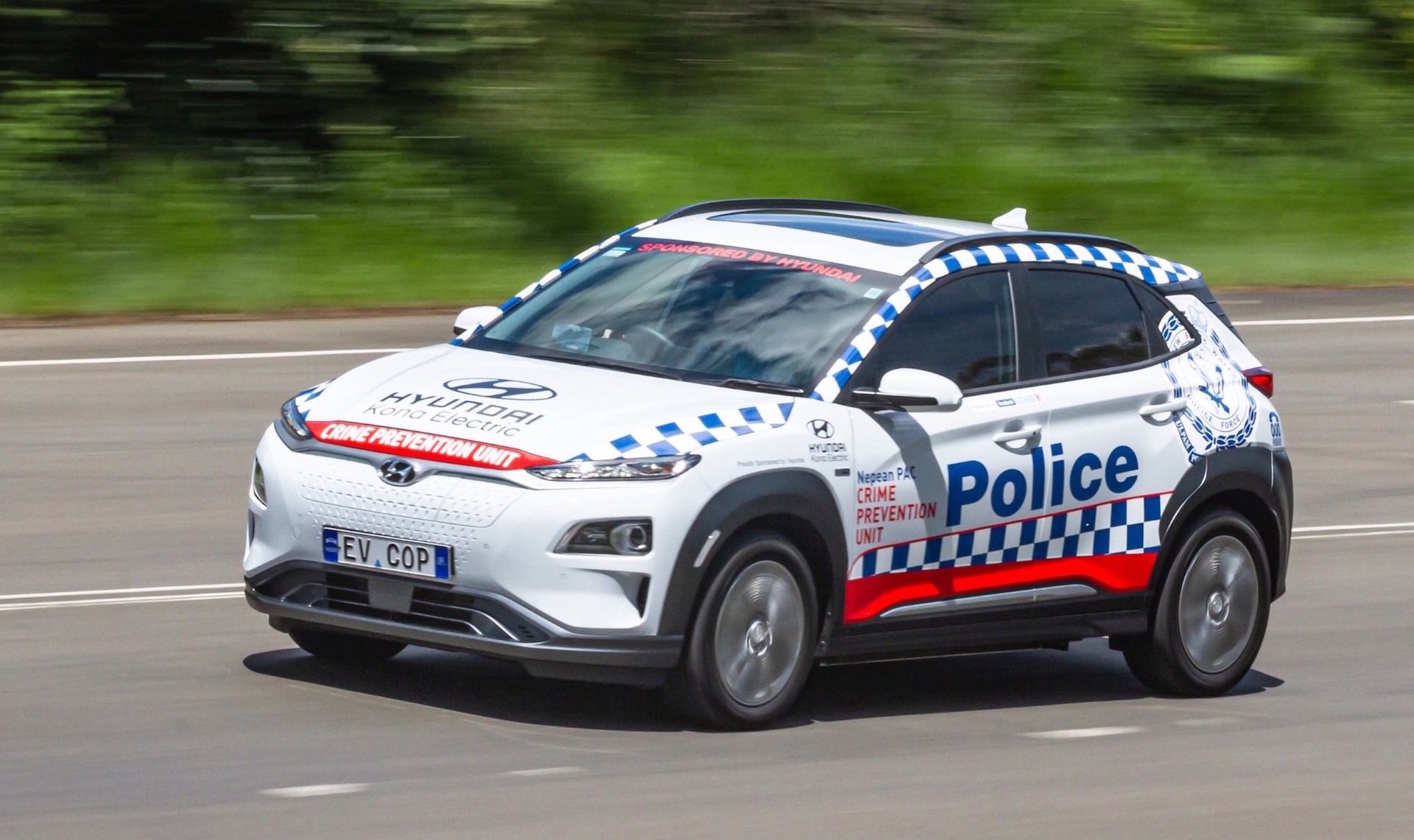 The NSW Police Force has welcomed a new recruit; a Hyundai Kona Electric. It will be used by the Crime Prevention Unit as part of a 12-month trial in the Nepean Area Command in west Sydney. 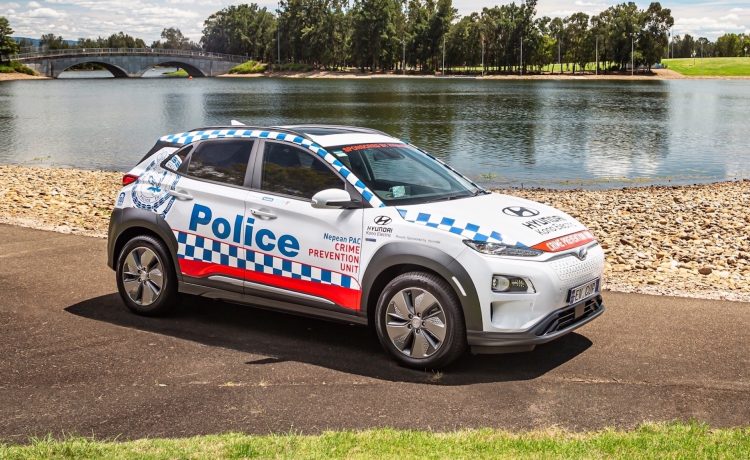 Although it is just a 12-month trial, the fully electric SUV is being sampled to see how the technology fits in terms of practicality, drivability, convenience and safety for the police force. It certainly has the acceleration for traffic duties, however, the vehicle will primarily be used by the Crime Prevention Unit and for community engagement.

A special AC charger has been installed at the Penrith Police Station underground car park to allow officers to recharge the Kona overnight. With a WLTP-rated range of 449km, it should be able to fulfil the demands of multiple shifts on a single charge. Superintendent Chris Keane, commander of Nepean Police Area Command, said:

“The Hyundai Kona electric vehicle is a valuable addition to the Nepean Police Area Command and will assist our Crime Prevention Unit with its community engagement initiatives. The sponsored vehicle with unique police markings is generating a lot of interest and comments when out in the community, and we are grateful to Hyundai for its support of our Command.” 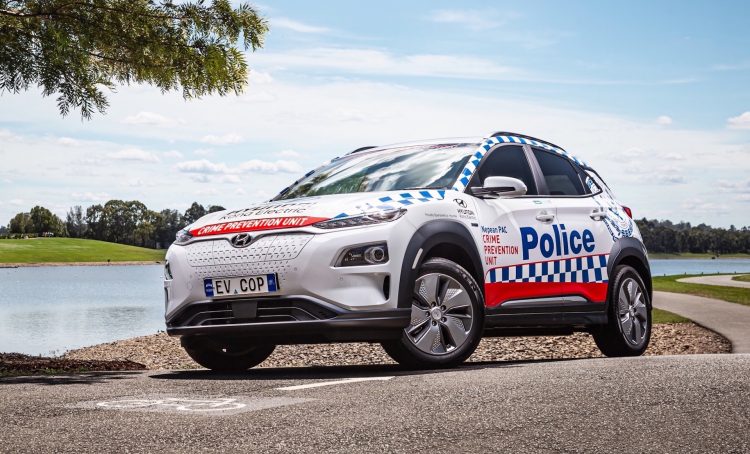 Even though the Kona Electric police vehicle does not feature flashing lights on the roof, the SUV is decked out in complete police livery to help it attract public attention. Hyundai hopes it will also help win new EV fans. Check out those registration plates.

As per the regular Kona Electric, the police version is powered by a 65kWh battery that feds an electric motor at the front axle. It produces 150kW and 395Nm, which is enough to see 0-100km/h done and dusted in around 6.8 seconds (according to our tests). The Kona Electric also offers five-star ANCAP safety, and comes packed with all of the usual creature comforts of the regular Kona, such as a full touch-screen media interface, climate control, and the top model even features heated and cooled front seats.