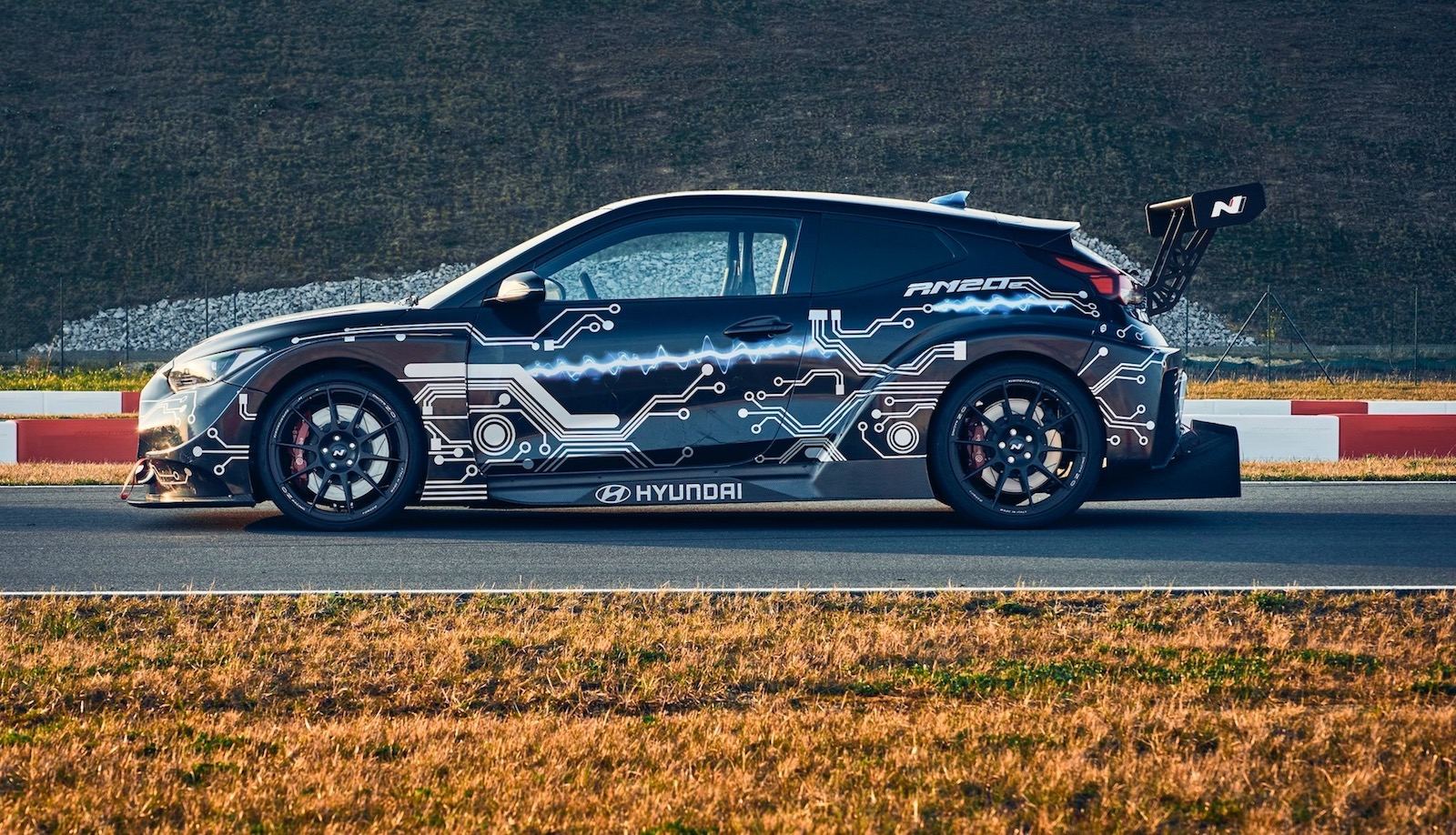 Hyundai N division is demonstrating its electrified powertrain capabilities, today unveiling the RM20e Racing Midship Sports Car concept. Although it is just a concept, it does give us a potential preview of a future Hyundai N performance system for a road car – observe the number plates on this show example. 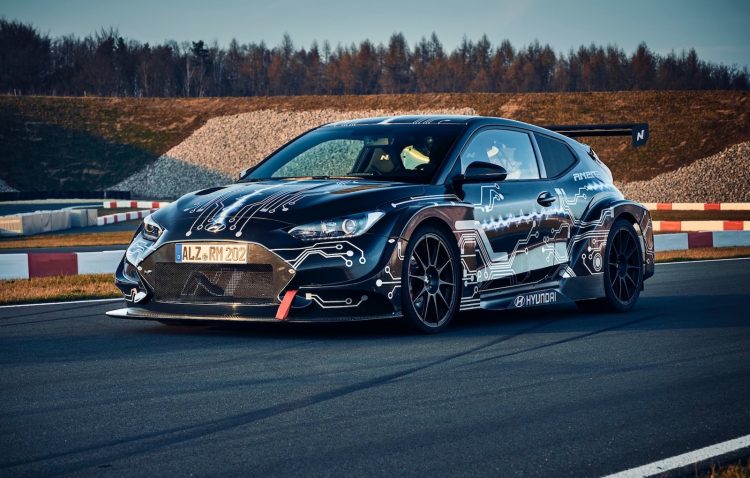 The new concept is an evolution of the RM series of concept cars. Over the years Hyundai has created a number of versions, including the RM14, RM15, RM16, and RM19. All are loosely based on the Veloster, however, they feature a unique mid-mounted powertrain, hence the name ‘RM’ – Racing Midship.

For the RM20e, power comes from a brand new 800-volt electric motor and inverter system, running a 60kWh battery. The outputs are insane, with up to 596kW available via four electric electric motors (one for each wheel), and 960Nm of torque. Hyundai says the technology has been developed with thanks to its recent investment and strategic partnership with Rimac Automobili.

Out on the tarmac, the powertrain translates to a company-estimated 0-100km/h time of under 3.0 seconds, and 0-200km/h in 9.88 seconds. The system also facilitates a top speed of over 250km/h. Albert Biermann, president and head of research and development at Hyundai Motor Group, said:

“Our new electrified RM20e pushes the proven RM platform forcefully into a new, environmentally-focused decade of the 21st century, stretching the performance envelope of electrification on normal road environments. RM20e represents a revolutionary new chapter of electrified performance for the Racing Midship series, and our N engineers continue to garner valuable insights in the arena of zero-emission performance dynamics.” 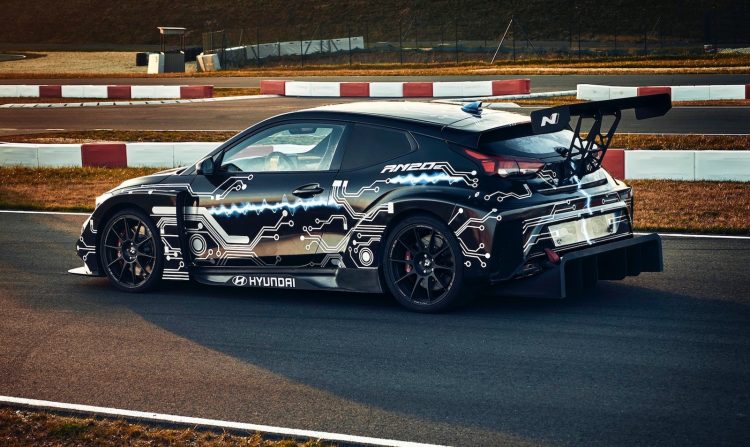 The concept features MacPherson strut front and double-wishbone rear suspension with adjustable settings, as well as high-performance six-piston front and four-piston rear brakes. There’s also a single-speed reduction gear ratio of 1:5.67, with straight-cut gears which are sure to produce a racing car sound.

Even though it is just a concept, Hyundai describes the RM platform as an engineering “rolling lab” for testing high performance technologies, and one that is expected to translate into a production car of some kind in the future. Hyundai says the RM series of concepts have been built so engineers can “observe their effective increase in performance”, and “improve them for application in future N models” for the showroom.