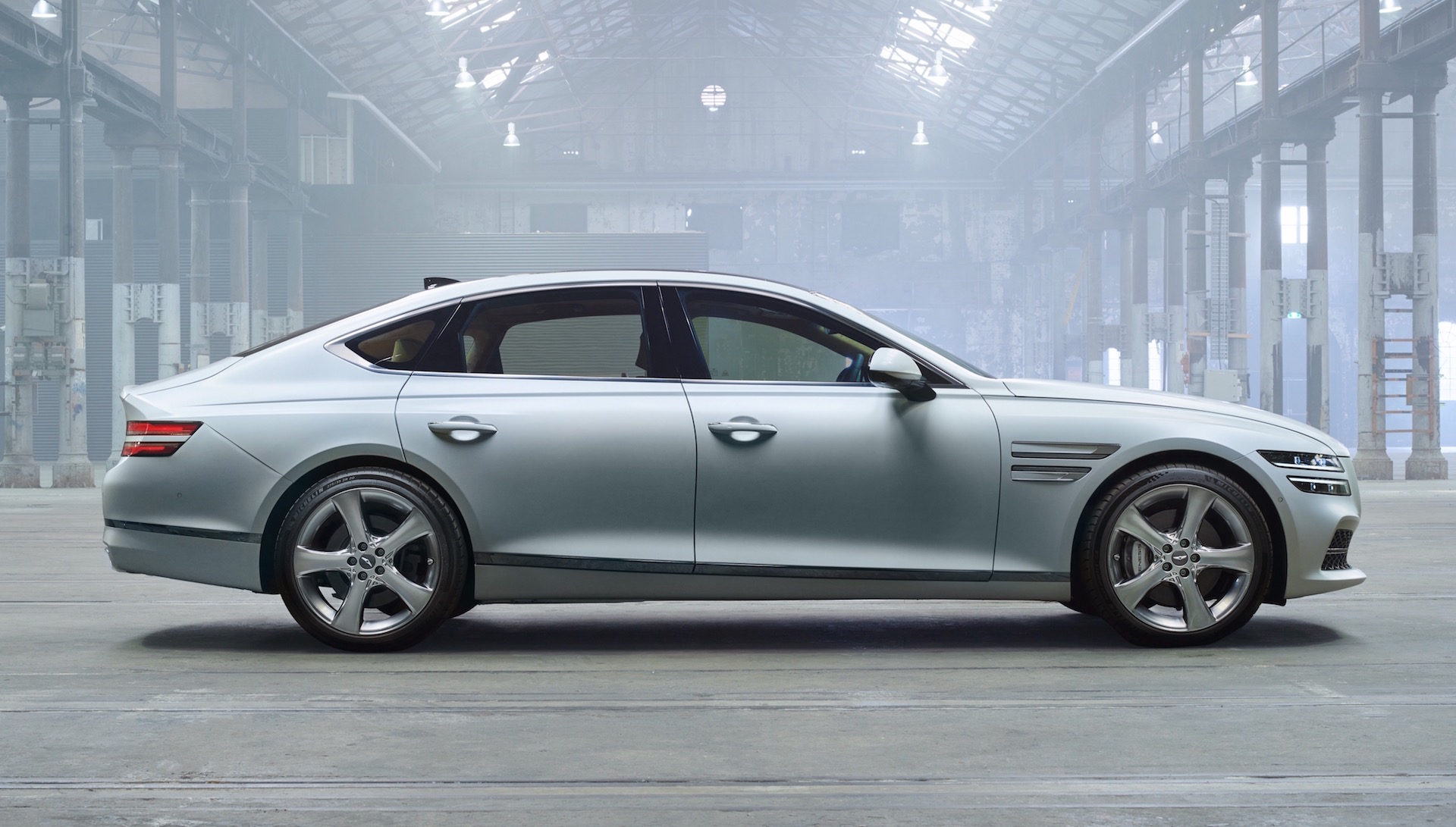 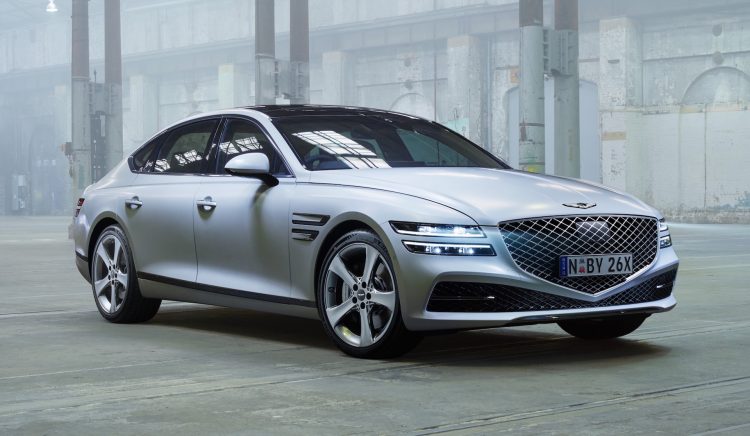 Genesis is introducing two main variants of the all-new model; the 2.5T and the 3.5T. The 2.5T debuts Hyundai Motor Group’s 2.5-litre turbo-petrol four-cylinder engine, which, in the G80, develops an impressive 224kW and 422Nm. It’s matched up to an eight-speed auto with rear-wheel drive. Genesis hasn’t mentioned a 0-100km/h time or fuel economy figures as yet.

Stepping up the flagship brings in a new 3.5-litre twin-turbo V6 engine that develops 279kW and 530Nm – this was the engine that was expected to join the refreshed Genesis G70 and Kia Stinger. Like the 2.5T, the engine is mated to an eight-speed auto. However, the 3.5T comes with all-wheel drive as standard.

We first saw the new G80 back in March. It features a new design language called Athletic Elegance, with the new-look split headlight treatment and large crest grille at the front. There’s also matching taillights at the back and a gently-sloping rear windscreen and curved boot, leaving a very elegant profile. A short front overhang also provides prominence and an energetic stance. 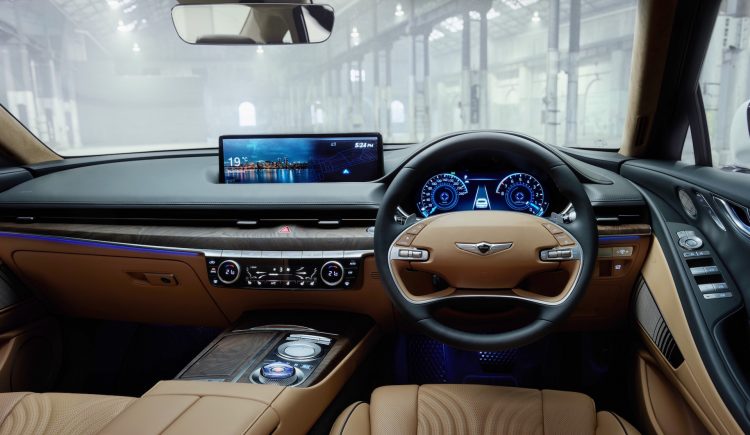 The interior receives a major overhaul compared with the outgoing layout. It’s now much cleaner and more luxurious while also packing much more advanced technology. Check out the little climate control panel, for example, incorporating a flush digital display. There’s also a new 14.5-inch touch-screen mounted on the dash, and a 12-inch head-up display for the driver. When optioned with the Luxury Pack, the instrument cluster houses a 12.3-inch digital screen.

Both models come with Android Auto and Apple CarPlay, as well as a 21-speaker, 1050W Lexicon by Harman sound system, 12-way power front seats with heating and cooling, retractable sun shades for the rear doors, and wireless phone charging. Dual-zone climate control is also part of standard mix, with separate temperature control for the rear.

The new model officially goes on sale in November, with prices starting from the following (excluding on-road costs). PerformanceDrive will be at the official media launch event next week, although, reviews are under embargo until November 20.