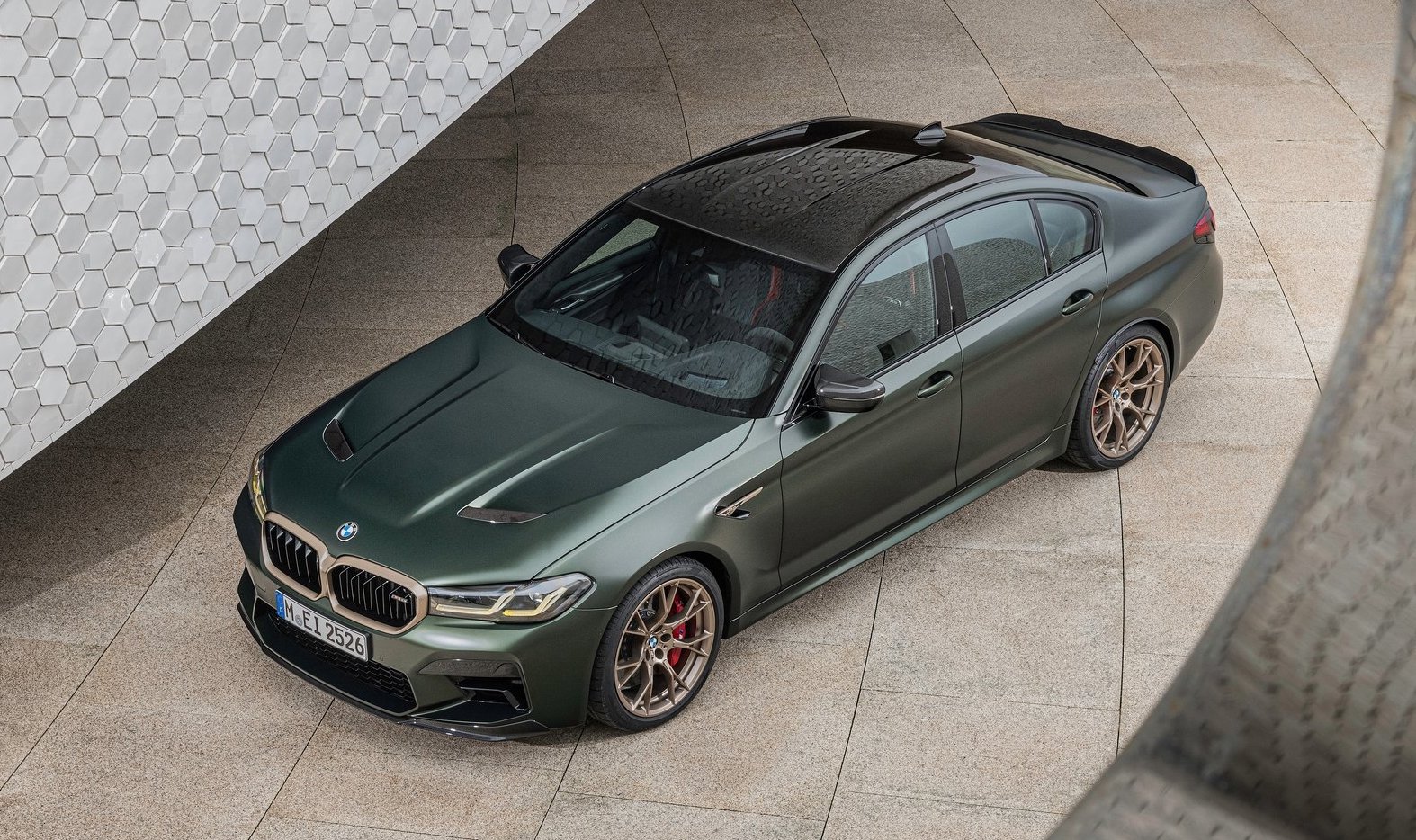 It’s here. Well, it’s coming to Australia soon. The beastly new BMW M5 CS. This is the first Club Sport version of the iconic sports sedan ever, and it becomes the most powerful production car BMW has ever made. 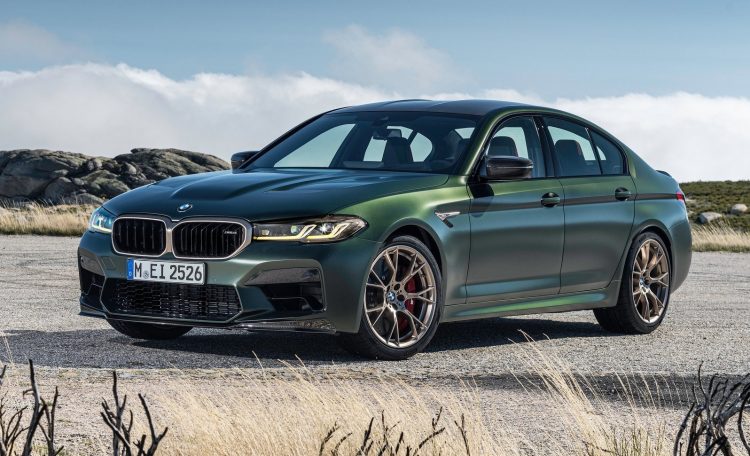 The M5 CS follows in the footsteps of the M3 and M4 CS, and more recently the M2 CS. Lightness and the removal of unnecessary luxuries is the main philosophy, and of course maximum power. Some unique revisions are also made to the interior and exterior to help it stand out from the regular model.

Power comes from a tuned and tweaked version of the M5’s 4.4-litre twin-turbo V8, so now it produces a colossal 467kW and 750Nm. This is sent through an eight-speed automatic with a switchable RWD/AWD system. In its peak settings, the sedan offers a blisteringly-quick 0-100km/h time of just 3.0 seconds. It also does 0-200km/h in a claimed 10.4 seconds, with a top speed electronically limited to 305km/h.

In short, it becomes one of the fastest and most powerful production sedans in the world. In fact, with a 0-100km/h time of 3.0 seconds, it’s actually in a very similar league as the Ferrari F8 Tributo supercar (2.9 seconds), and the Lamborghini Huracan EVO AWD (2.9 seconds) – mind-bending stuff considering this is a large luxury sedan. 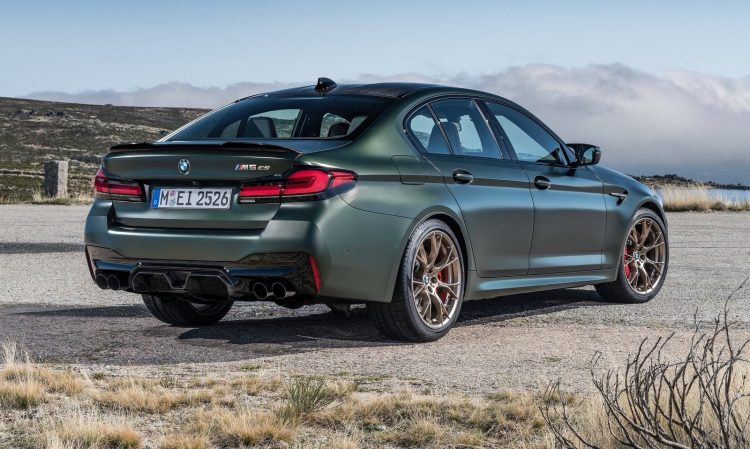 Speaking of luxuries, some features are removed to shed weight. For example, there are four individual seats inside including two special M Carbon seats for the front. An outline of the Nurburgring circuit is imprinted on the headrests, which suggests to us BMW M will soon be gunning for a sedan lap record.

Cosmetically, various highlights are fashioned in the traditional CS Gold Bronze, such as the front grille surrounds, front gills, badges, and for the exclusive 20-inch forged wheels. Diehard fans will also notice the special L-shaped light tubes for the Laserlight headlights, which glow in yellow. This is inspired by endurance GT racing cars. 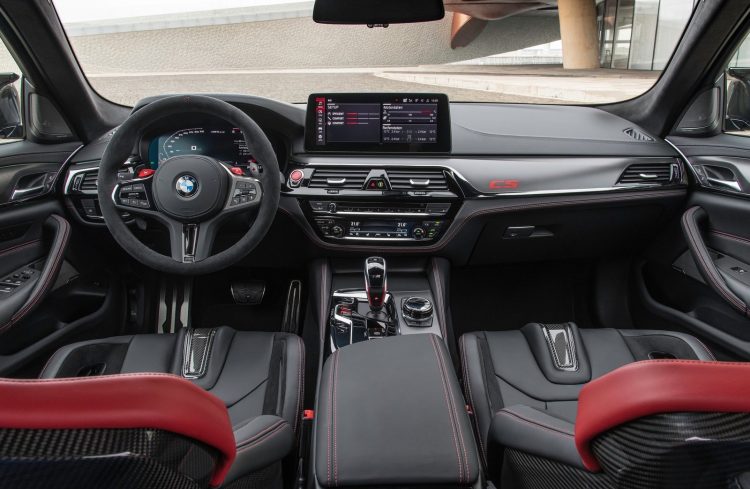 Some bits and pieces are stripped from the interior, including the centre console arm rest, which is replaced by a carbon fibre fixture. BMW says this brings a “significant” reduction in weight. Alcantara is used for the headliner and rim of the M steering wheel, and the seat belts showcase red and blue stitching as a tribute to M colours.

Other unique touches include M Carbon ceramic brakes as standard, a specially-tuned M xDrive all-wheel drive system, and revised dampers, springs, and stabiliser bars, with the ride height dropped by 7mm. There’s also an M Sound Control button which the driver can use to soften the car’s “acoustic presence” and convert to a subtle tone.

BMW Australia confirms the special model will arrive locally during the middle of this year. Prices start from $305,900 drive-away, or $274,900 excluding on-roads. Orders are being taken online. See below for the key features: