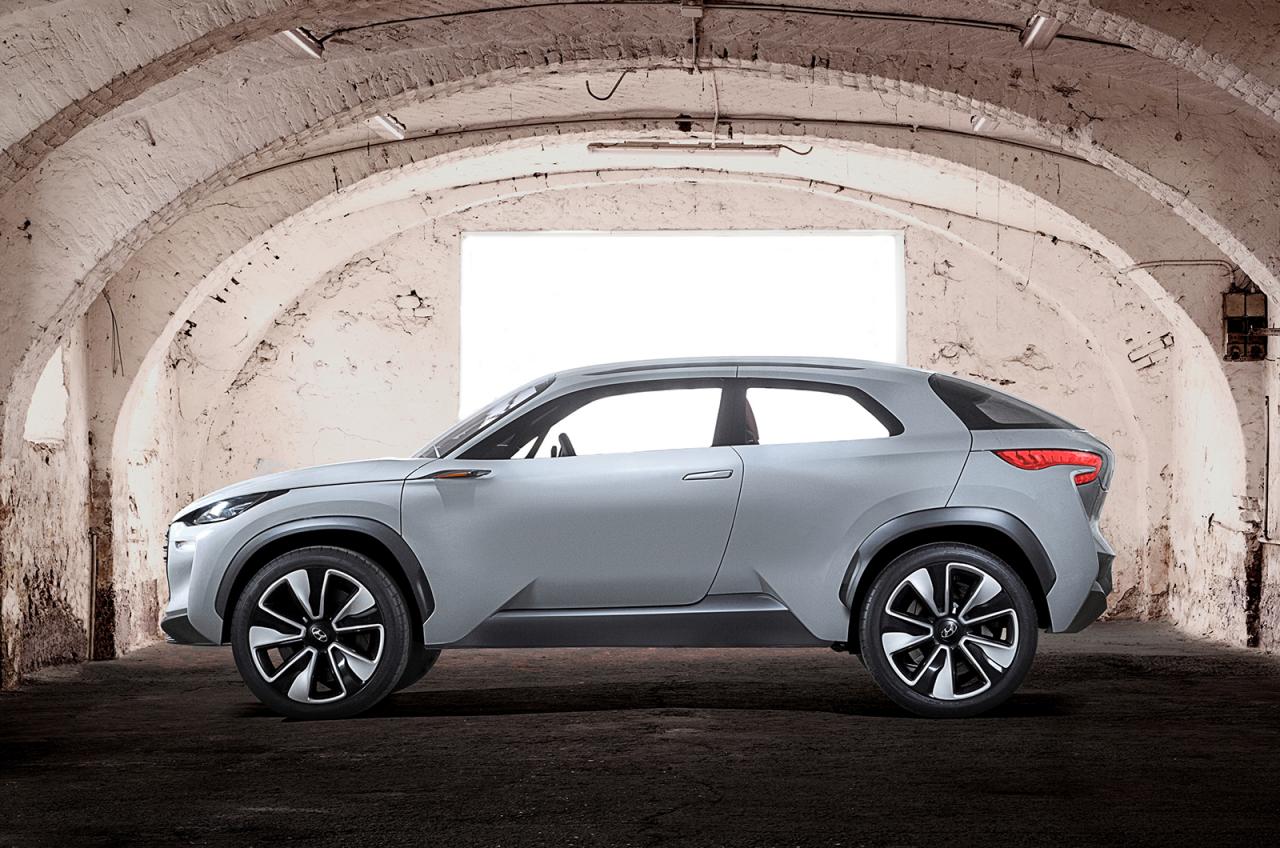 Images of a muscly Hyundai ‘Intrado’ concept SUV have found their way online, giving us a full view of the company’s upcoming design language. 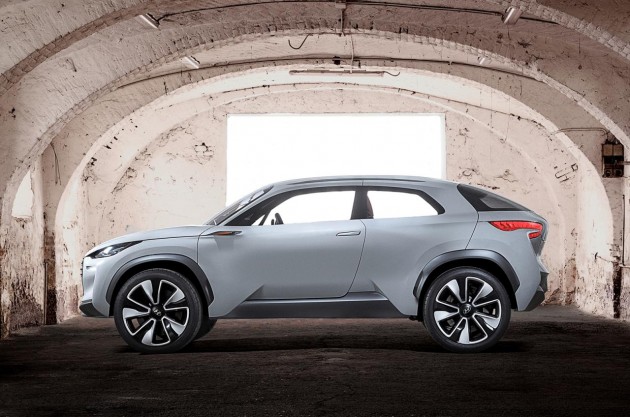 Although the concept looks very sharp and muscular, it’s believed it is the first vehicle to showcase Hyundai’s new Fluidic Sculpture 2.0 design language.

As you can see it is quite an advancement on the company’s current fluidic sculpture philosophy. It’s now even sharper, with C-shape taillights, LED headlights, and a large prominent grille at the front. You’ll also notice the shard-like wheel arch sections that wrap around the wheels like giant spanners. 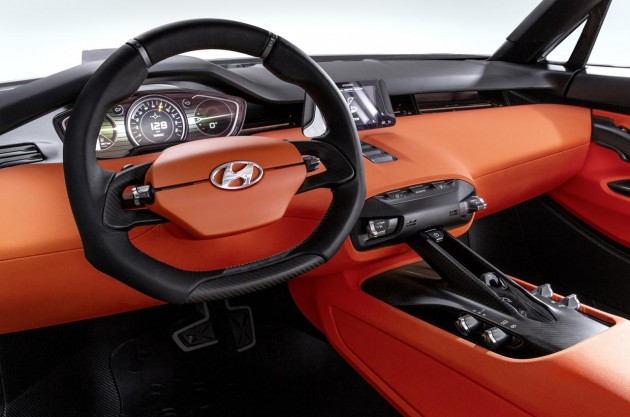 Inside, it’s just as futuristic, with an orange and black two-tone theme, a raised centre console area with spacecraft-style controls, an LCD instrument cluster and multimedia unit, and plenty of carbon fibre spread about the place.

Power is set to come from a next-gen hydrogen fuel cell system, potentially linked up to an all-wheel drive system.

A full debut will take place at the 2014 Geneva Motor Show starting March 6.