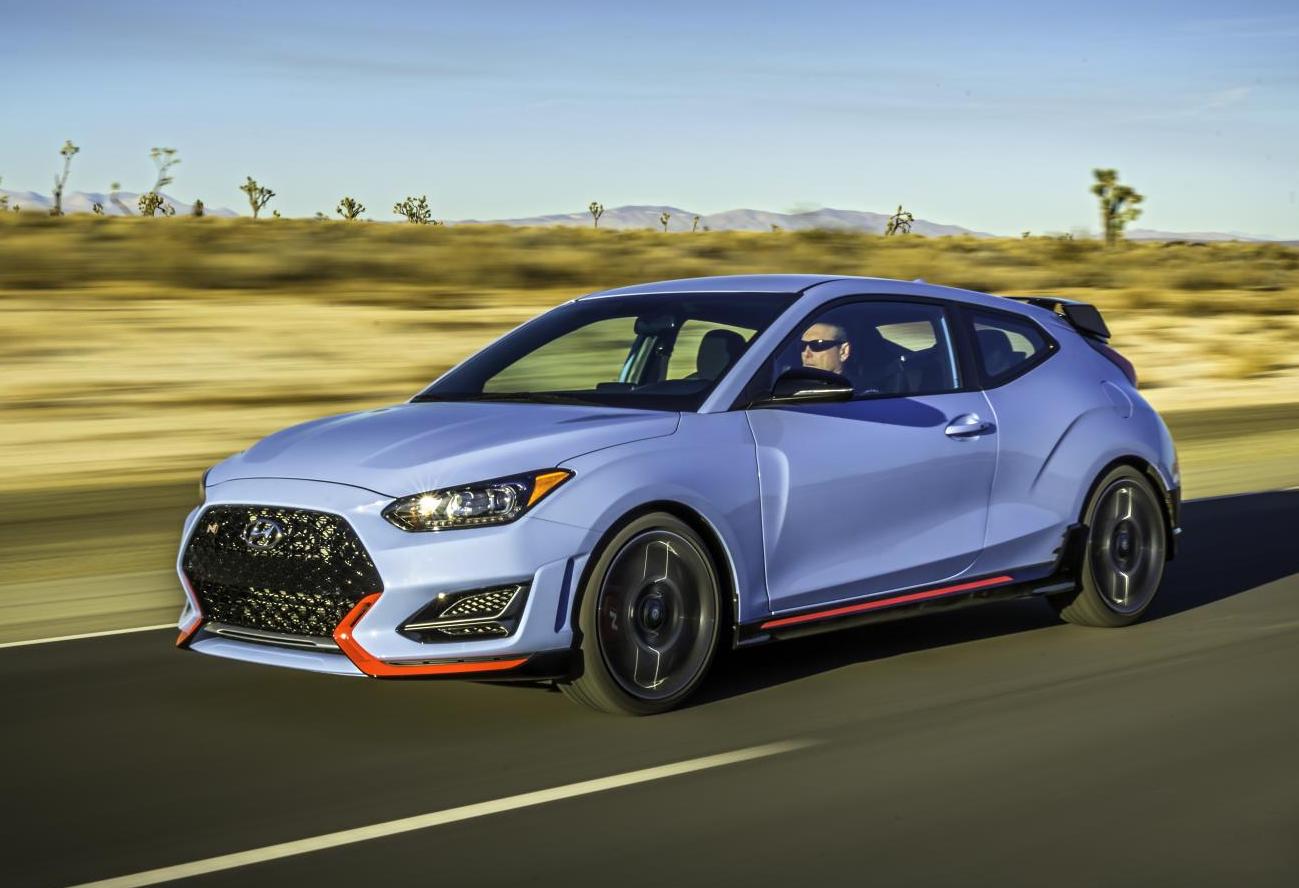 This is it. The all-new, 2019 Hyundai Veloster. The new model has just made its international debut at the Detroit auto show, coinciding with the unveiling of the Veloster N performance model. 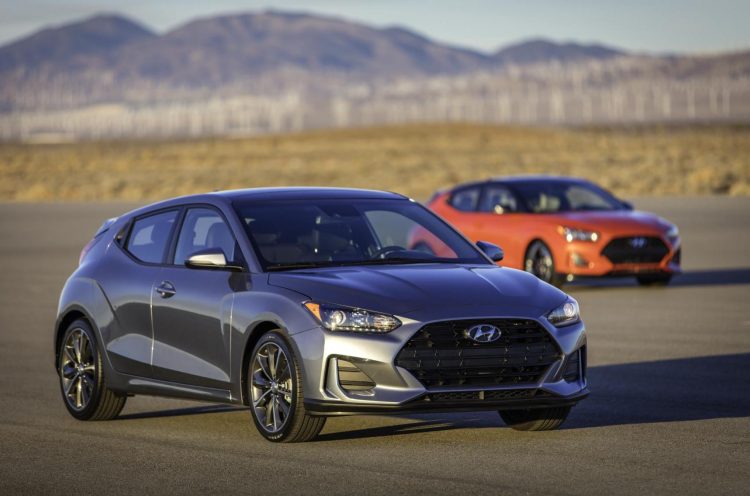 Starting with the regular Veloster. Hyundai has given the now-iconic three-door/four-door hatch a fresh look. The panel edges are curvier, there’s new headlights and taillights available with LED technology, the latest grille design at the front, and the side profile is now more low profile than upright hatch.

In the engine bay there has been some pretty substantial changes. The base model 1.6L is out, and in is a ‘Nu’ 2.0-litre non-turbo four-cylinder running on Atkinson cycle firing sequence. It produces 110kW (up from 103kW in the old 1.6), and 179Nm. Gears are made via a six-speed manual or six-speed auto.

For the new Veloster Turbo the 1.6-litre unit has been revised. It still produces 150kW of power, but peak torque of 264Nm is available between 1500-4500rpm, and there’s an overboost function that lifts the output to 274Nm for short periods. It comes paired with a six-speed manual or seven-speed dual-clutch auto.

New for the 2019 model is a torque vectoring control system for the front-wheel drive drivetrain. The system uses wheel-speed sensors to apply precise braking force to the inside front wheel to help pivot the car around corners and minimise wheelspin. Hyundai says this system provides an “incremental margin of cornering precision during enthusiastic driving”. 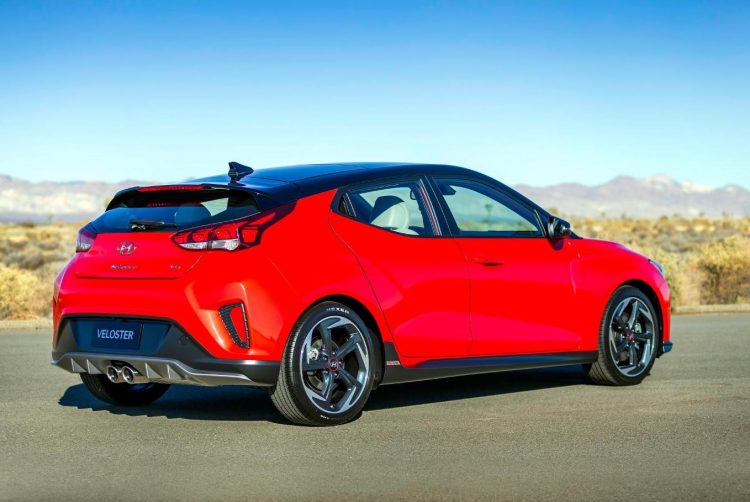 Also helping with handling for the Turbo model, Hyundai has fit a more complex multi-link rear suspension system to the car. This is paired with a stabiliser bar and MacPherson strut front end, for an overall more confident and connected drive. There’s also 18-inch alloy wheels wrapped in Michelin Pilot Sport 4 tyres.

As for the interior, it has been given a complete makeover. It’s now a driver-focused layout with contrasting colour combinations, new materials, and of course passengers are treated to a comprehensive touch-screen media interface. The interface is now mounted up on the dash in tablet fashion, like in the latest i30. Wireless phone charging is also available. 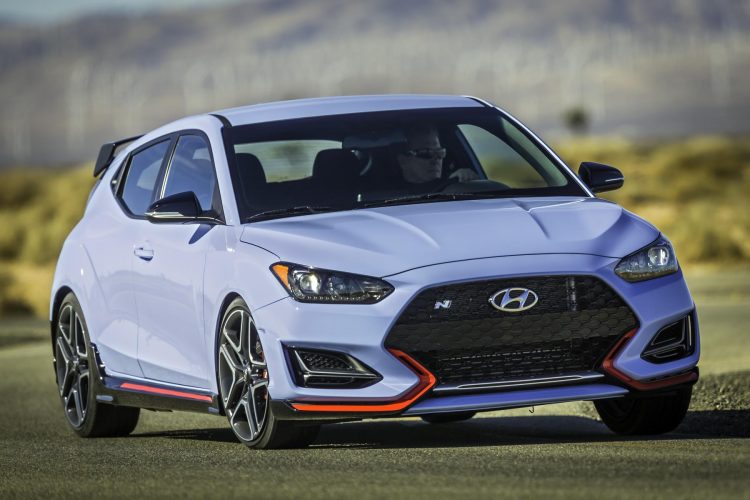 The biggest news though is the arrival of the Veloster N. It shares the same performance spirit as the i30 N, which is due to arrive in Australia very soon, developed by Hyundai’s new N division for performance cars.

Under the bonnet is a 2.0-litre turbocharged four-cylinder producing 202kW and 353Nm. This is the same unit that powers the high-output variant of the i30 N, and comes connected to a six-speed manual transmission with rev-matching technology.

To make sure the Veloster N produces a nice, meaty growl there’s a multi-mode sports exhaust system. In the top N mode you get an exciting crackle during the over run, and a loud bark when revving up through the gears.

Other highlights include unique 19-inch alloy wheels, Michelin Pilot Super Sport tyres measuring 225/40 and 235/35 (front and rear), and an adaptive sports suspension system with various modes. Performance brakes are also part of the package, along with a unique interior with sports seats.

Hyundai Australia will be launching the new Veloster locally during the second half of this year. At this stage the Veloster N is not locked in for Australia and may be produced in left-hand drive only.