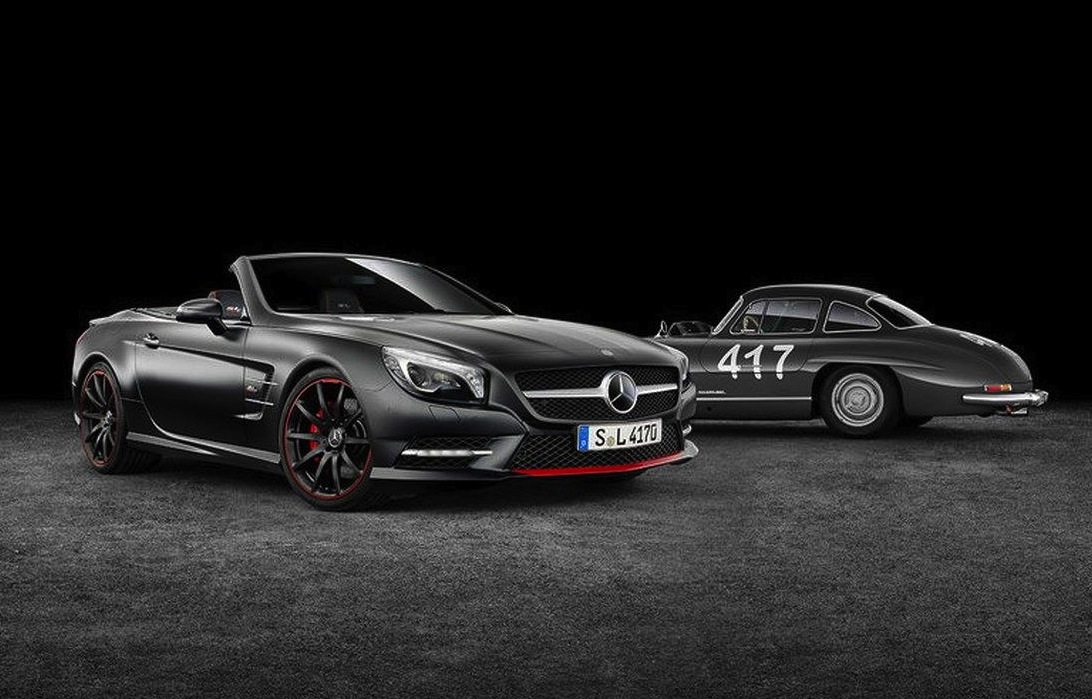 Mercedes-Benz has revealed a new special edition ahead of its Geneva Motor Show debut, called the 417 Mille Miglia. It’s create for the SL-Class. 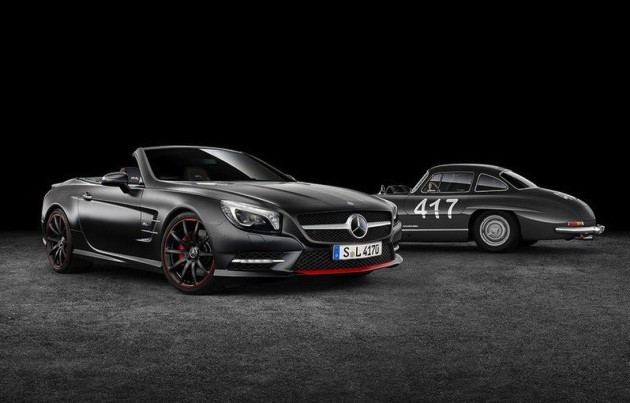 The special edition is an option package which can be adapted to the SL 400 and SL 500 models, bringing a number of unique trimmings and highlights to pay tribute to the 417-numbered 300 SLR that won the Mille Miglia rally in 1955. It was driven by Sir Stirling Moss and Denis Jenkinson.

As you can probably see, the special treatment includes a set of red-painted performance brakes, a red spoiler section at the front, and red detailing around the 19-inch front and 20-inch rear AMG alloy wheels.

Inside, there’s a smattering of matching red highlights as well, such as red seat bolsters, red grab-sections of the steering wheel, and various matt carbon fibre elements spread throughout.

Mercedes-Benz is planning to introduce just 500 examples of these unique packages. An example will make its public debut at the big Geneva event starting March 3.