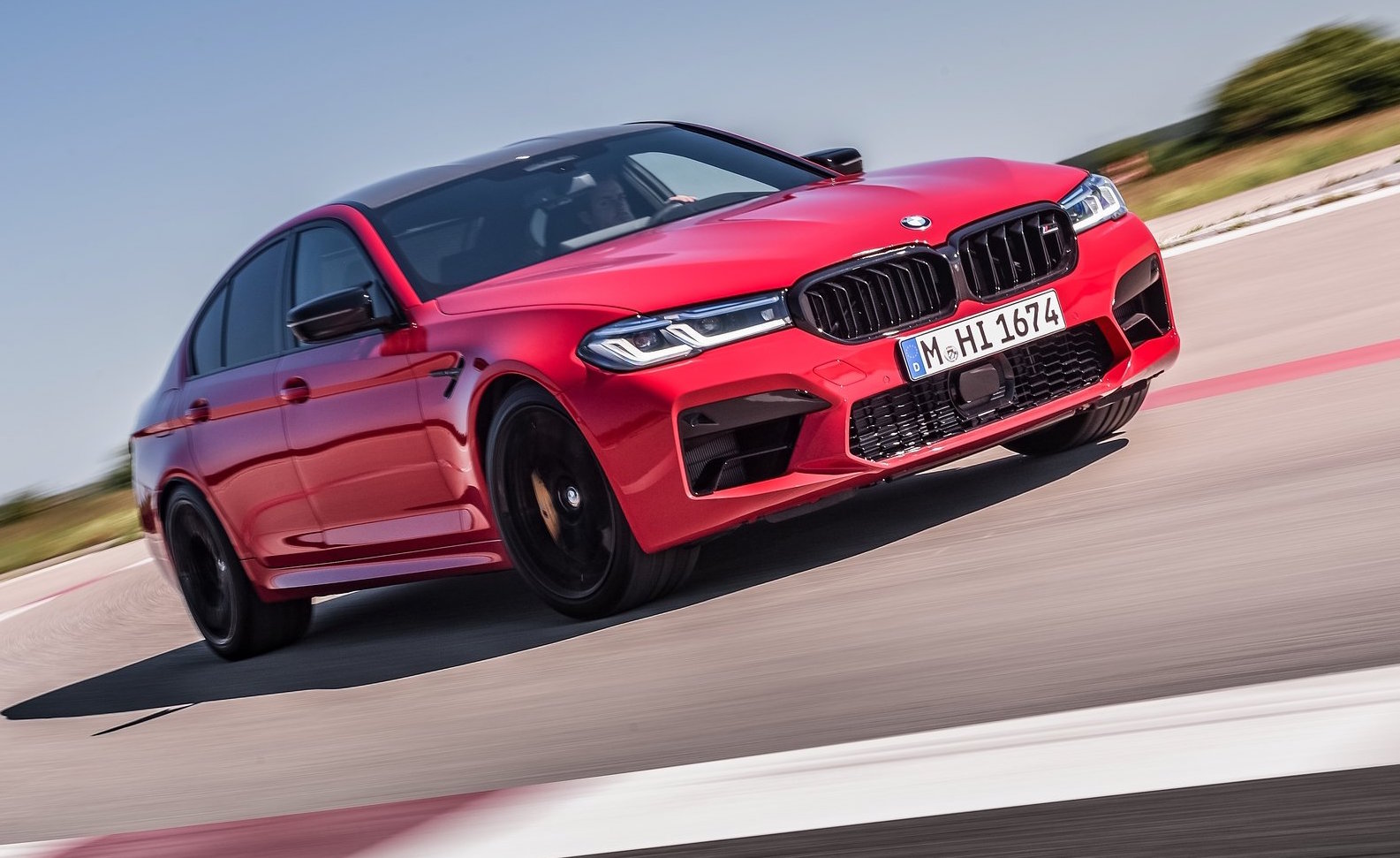 Following the announcement of the 2021 BMW 5 Series, set to arrive in Australia in October, the local arm has now confirmed prices and details for the high performance M5 Competition model. It will join the new 5 Series lineup as the flagship. 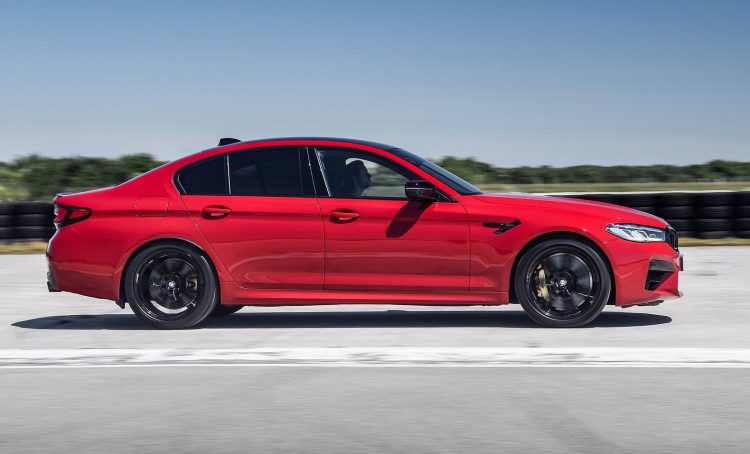 Perhaps the biggest change is to the interior. BMW has applied its latest generation 12.3-inch media interface to the dash. It now runs BMW’s 7.0 operating system, and is controlled by an updated iDrive pad on the console featuring flush buttons. The instrument cluster is made up of a fully digital screen, and there’s a new M Mode button on the console allowing drivers to toggle through different viewing modes. 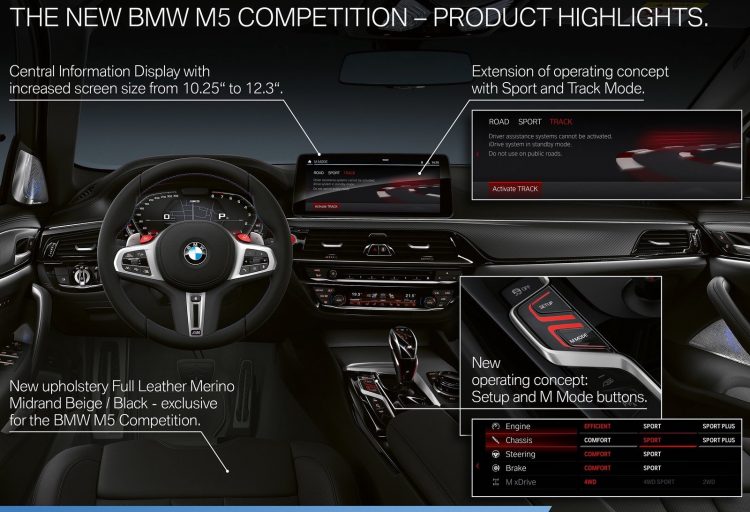 In terms of the hardware under the skin, the M5 Competition continues with its monster 4.4-litre twin-turbo V8 that belts out 460kW and 750Nm. BMW says 0-100km/h comes up in just 3.3 seconds, and 0-200km/h in just 10.8 seconds. In Australia the M5 Competition comes with the otherwise optional M Driver’s Package, which lifts the top speed to 305km/h. It also includes complimentary entry into the BMW Driving Experience Advance 2  course.

Drivers can select between 4WD, 4WD Sport, and RWD drive modes, and there are multiple settings for the eight-speed automatic transmission. There’s also an M Sport exhaust system with a dual-branch and flap-controlled muffler set so drivers can enjoy different sound levels. 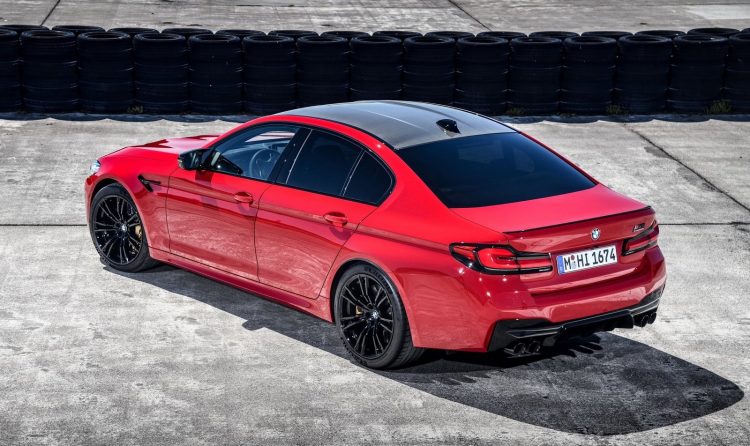 Some revisions have been made to the suspension for 2021. The Competition version continues to sit 7mm lower than the regular M5 (not available in Australia), however, the dampers have been adopted from the M8 Competition Gran Coupe to improve comfort and handling, and the spring settings have been retuned.

Like the updated 5 Series, the 2021 BMW M5 Competition will be available for local delivery from October. Prices start from $244,900 (excluding on-road costs). See below for the highlight standard features: