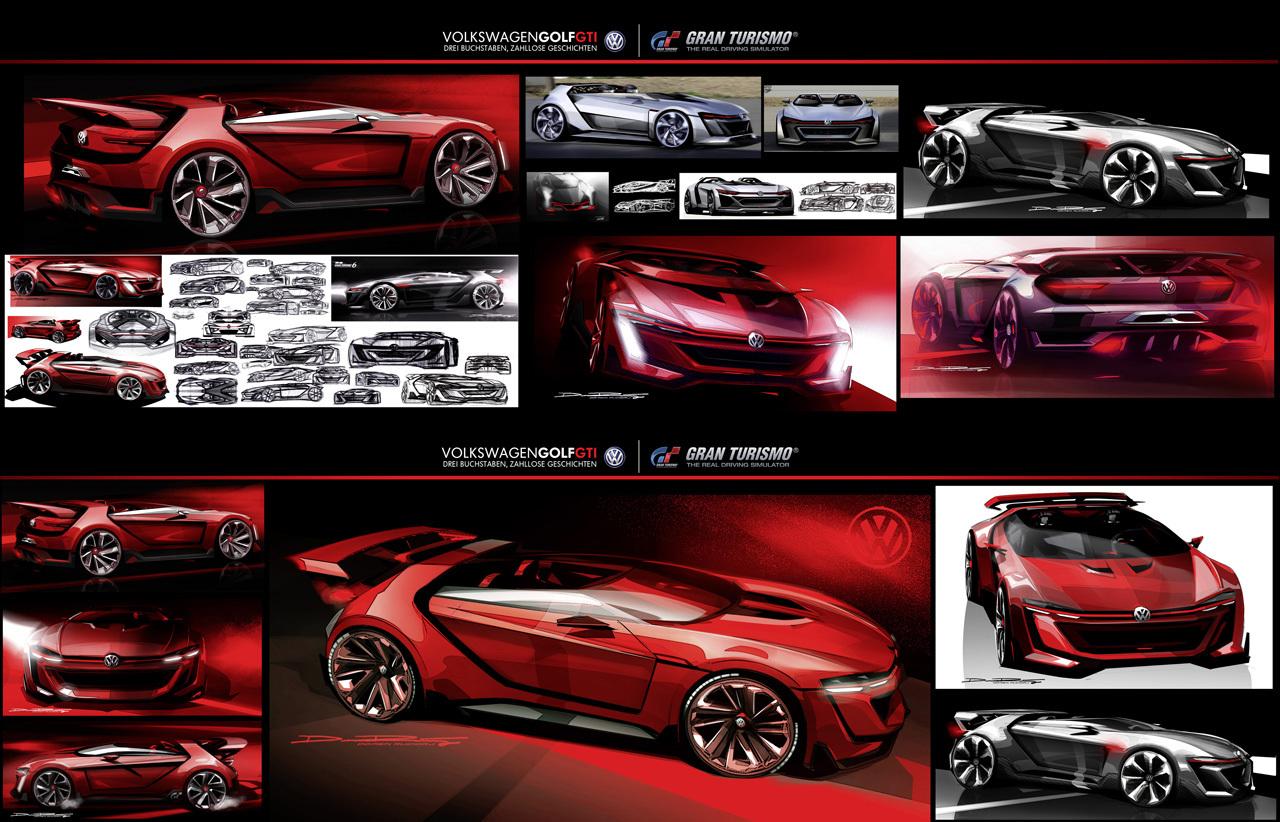 Volkswagen has revealed an extravagant concept called the GTI Roadster Vision Gran Turismo, which will make its debut at the Worthersee festival next week. 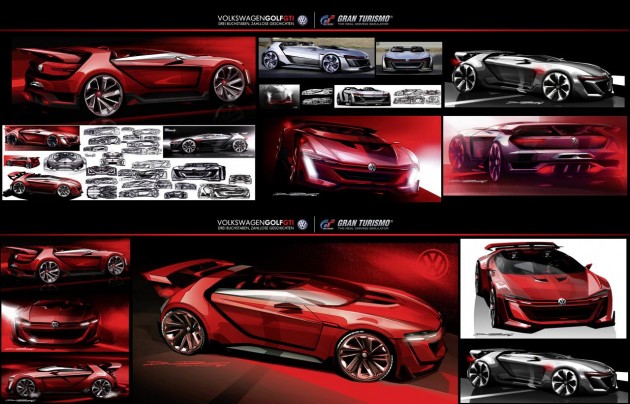 Volkswagen says the crazy creation has been designed for a singular mission: the populat Sony PlayStation Gran Turismo video game. This meant designers and engineers could go nuts and explore all corners of their imagination.

It features a dramatic open-top roof layout with a very low-profile ‘chop-top’ windscreen, chunky B-pillars which double as the foundation for the side intakes, and a mega rear wing ensemble finishing it off.

Power comes from a 3.0-litre twin-turbo V6 producing 375kW of power and 665Nm of torque, which is sent through a 4MOTION all-wheel drive system and seven-speed DSG auto.

The bodywork is all coated in a bright metallic red colour scheme which is a modern interpretation of a classic Golf GTI colour.

The concept will be available as a play car in the Gran Turismo 6 PlayStation game.