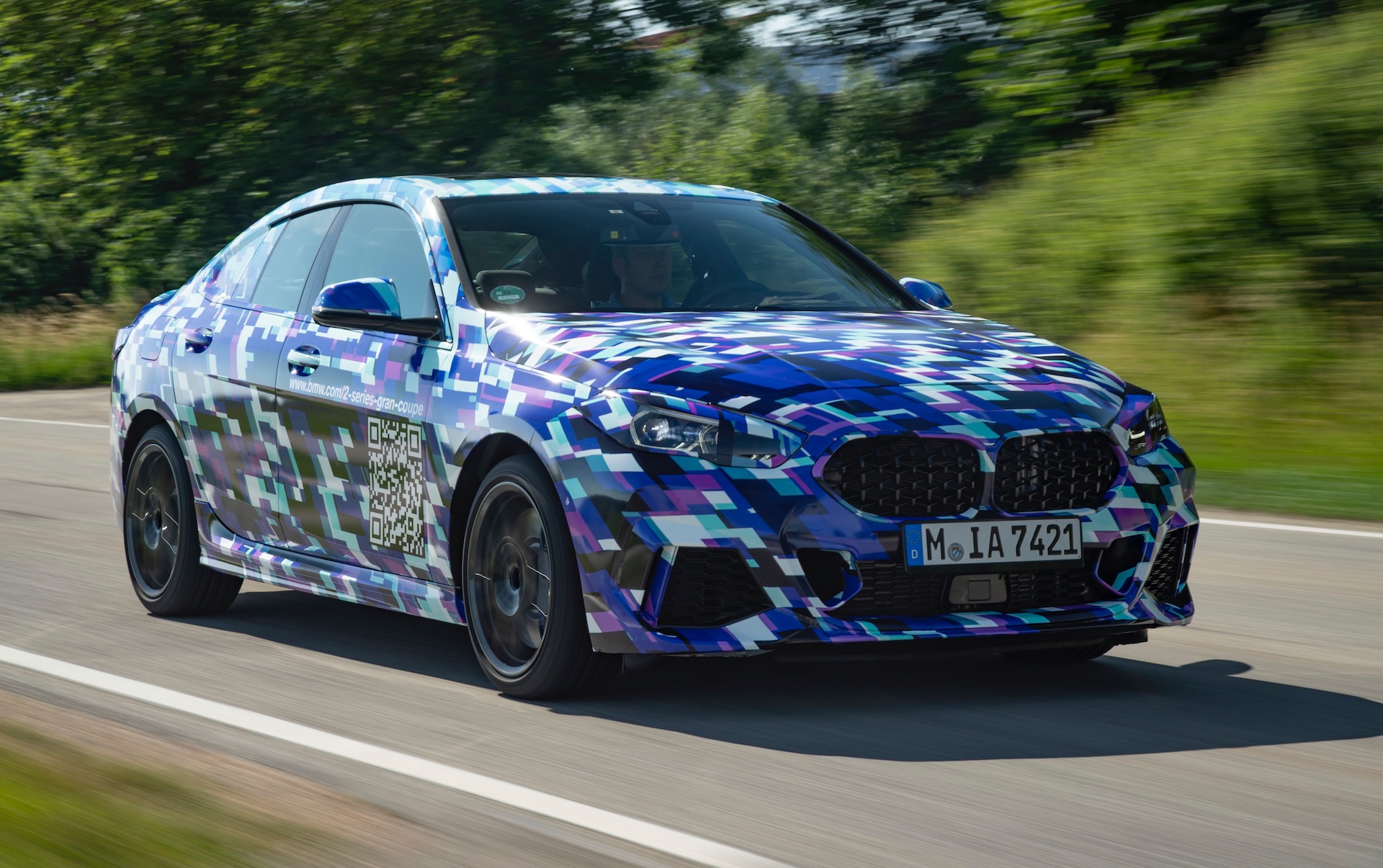 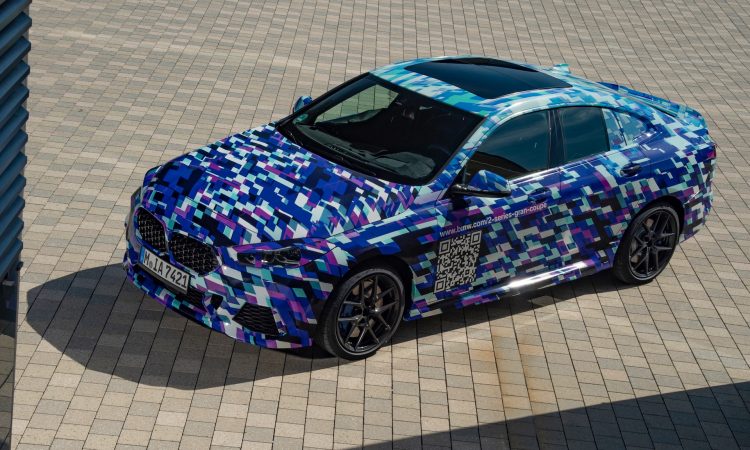 This is the first time BMW is stepping into this market space, with a product ready to rival the Mercedes-Benz CLA. Instead of spy photographers capturing prototypes during testing, BMW has simply handed out some images showing a prototype dressed in unique purple and blue camouflage.

As you might expect, the new 2 Series Gran Coupe shares plenty with the all-new 1 Series hatch, including the front-wheel-drive-based platform. And by the looks of the prototype, the front end looks quite similar indeed, although the lower front bumper bar and chin spoiler seem to be a bit more aggressive on this Gran Coupe.

Front and centre is the new-look BMW kidney grilles, which are conjoined in the middle. On this prototype the grilles are black, which suggests this is a performance version of some kind. In fact, BMW has confirmed with the images that there will be an M235i xDrive variant, featuring the company’s new 2.0-litre turbo-petrol four-cylinder that produces 225kW and 450Nm. 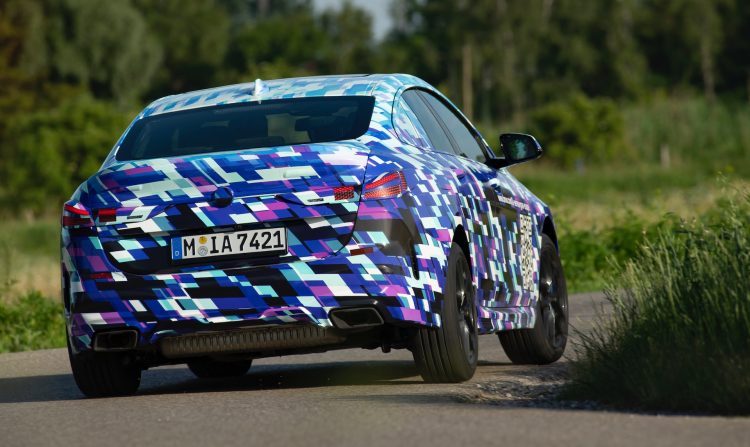 This version will come with an advanced xDrive all-wheel drive system that features a clever wheel slip management system called ARB; near-actuator wheel slip limitation. This technology was first seen on the i3 electric city car. Basically, the slip controller unit is positioned within the engine control unit rather than part of the control unit for the stability control. According to BMW, this eliminates long signal paths which means information can travel three times quicker, resulting in improved response for the driver.

The M235i will also come with a mechanical Torsen limited-slip differential for the front axle, further enhancing traction, as well as the BMW Performance Control unit to manage yaw moment distribution. It all sounds complex but BMW ensures the new model will raise the bar in driving dynamics and agility. Speaking about the new model in a statement, BMW said:

“The first ever BMW 2 Series Gran Coupe complements its elegantly sporty and extrovert lines with cutting-edge connectivity and generous levels of spaciousness. It therefore has all the ingredients to fuel the enthusiasm of new, design-led customers in urban areas for BMW’s hallmark driving pleasure.”

BMW will launch the 2 Series Gran Coupe from the second quarter of 2020. Specific market availability and full powertrain details are yet to be revealed.