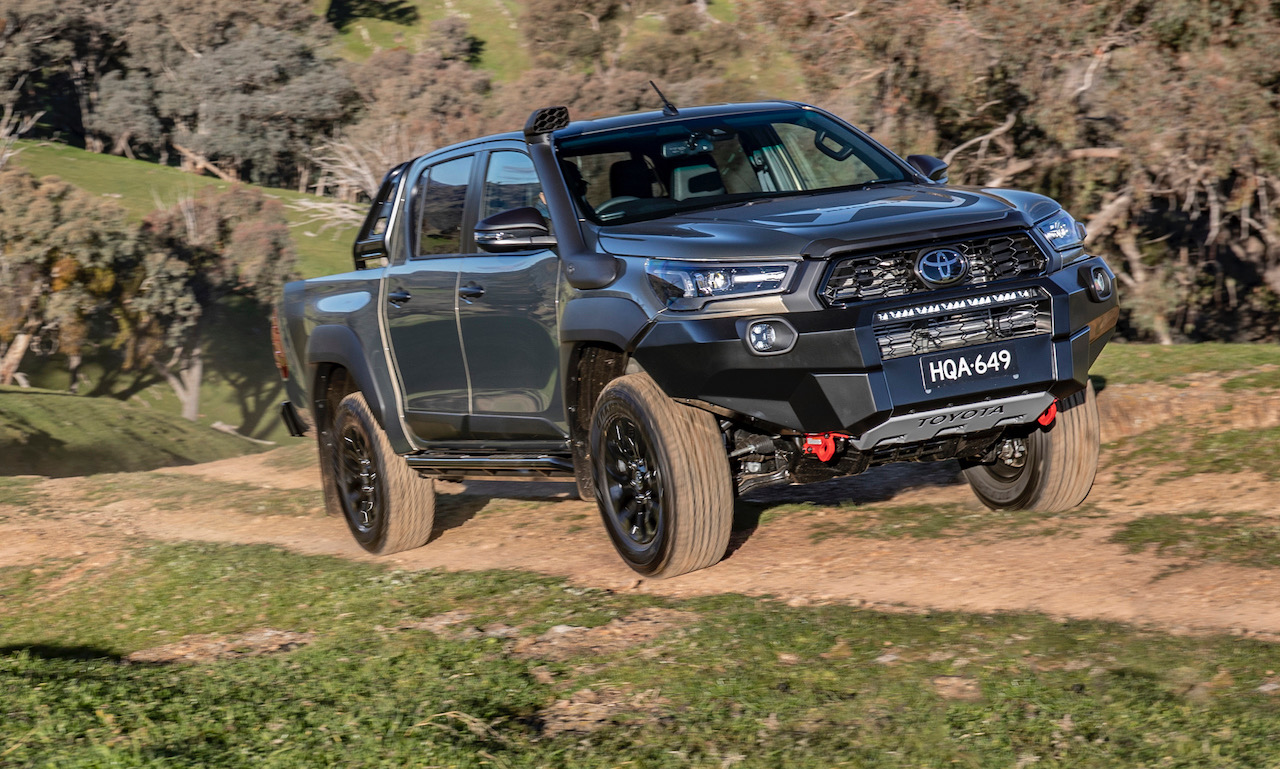 Well, after a fairly challenging year, it looks like new vehicle sales are on the mend in Australia. New vehicle registration figures for November 2020, released today in the form of the VFACTS report, reveal a clear sign of recovery. 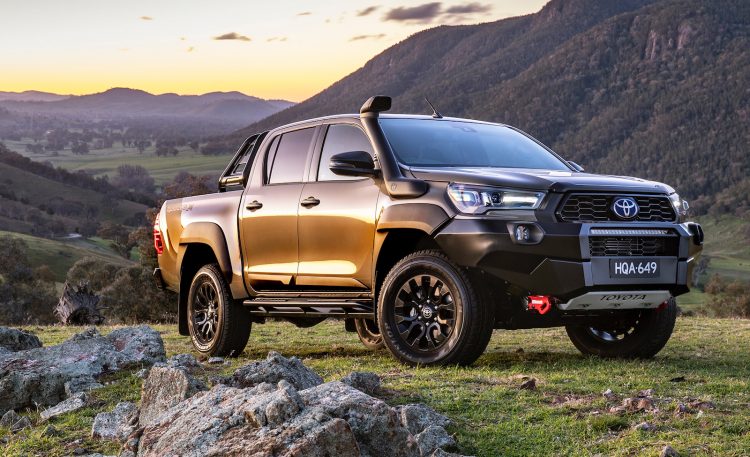 During November, Australian consumers purchased 95,205 vehicles according to VFACTS figures. That’s an impressive 12.4 per cent increase on November last year. Year-to-date (YTD), it accumulates to 821,316 units. Although that is down 16.1 per cent on the same period last year, it is an improvement on YTD figures over the last few months. For example, through September sales were down 20.5 per cent, and then down 18.8 per cent through October.

As for the most popular new vehicle brand, Toyota stands proudly at the top. With 23,204 sales in November, it is now reporting a negative of only 3.8 per cent across YTD. Mazda remains in second spot, and its YTD figure is down 15.8 per cent, with Hyundai following in third, down 28.1 per cent YTD. Haval is reporting the biggest YTD increase of all the main brands, up 88.9 per cent.

See below for the top 10 best-selling car brands in Australia during November 2020. The figures in brackets are from the previous month and not YTD, so we can see how models are tracking throughout the year.

The Toyota HiLux is still in the lead, posting very impressive numbers in November. This was probably helped by the arrival of the refreshed model in recent months. Aside from the Ford Ranger in second place, four of the top five best-selling cars during the month were Toyotas. The Prado, which also underwent an update recently, fell down from fourth spot in October to fifth spot.

Technically, the Toyota LandCruiser as a badge sits in fourth spot, however, we don’t include that in our top 10 list as it is available in two completely different generations and they sit in completely different segments; 70 Series (commercial vehicle) and 200 Series (SUV). The nameplate as a whole saw 2947 sales.

We also see the new Isuzu D-Max is reporting consistently decent figures, good enough for seventh spot in November. The Mazda CX-5 is still going strong, with the Hyundai Tucson competing in the same class also hanging in there despite a new model being just around the corner. The top 10 best-selling vehicles in Australia during November 2020 were as follows:

Here we see the Toyota Corolla maintains its top position from the previous month, posting almost 1000 more sales than in October. The Hyundai i30 also creeps back into second spot, overtaking the Kia Cerato from October, while the Mazda3 remains in fourth spot.

Overall segment sales hit 9947 during the month, down 8.7 per cent on November last year. Across YTD, sales are down 30.4 per cent for the segment. See below for the top 10 best-selling small cars in Australia during November 2020: 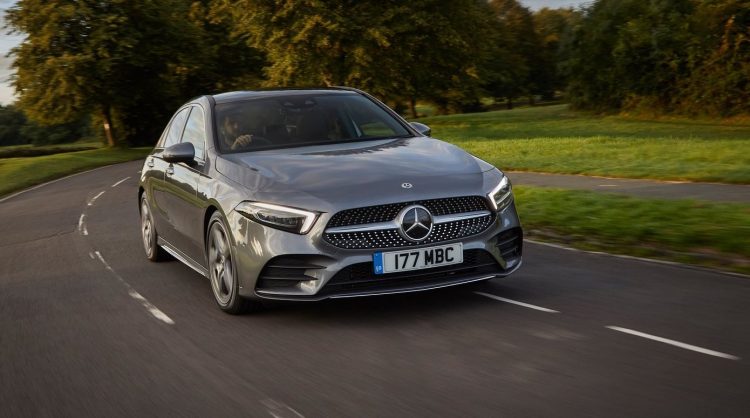 Over in the premium small car class, the Mercedes-Benz A-Class continues kicking more goals than any rival. We also see the new BMW 2 Series Gran Coupe is getting much closer to the regular 1 Series hatch, while the Audi A3 stands clear ahead in second place.

Class sales hit 1167 during the month, up 6.6 per cent on last November. Year-to-date, the segment is reporting a 13.6 per cent increase. The top five best-selling vehicles in the class during November 2020 were as follows:

Here we see the Toyota Camry is still by far the most popular vehicle in what is essentially a pretty weak segment. Camry sales are down 35.9 per cent for the month, and down 19.8 per cent YTD, which is obviously not a good sign.

Overall, the class experienced 1850 sales, down 29.8 per cent for the month, with the YTD figure down 24.6 per cent. The top five best-selling vehicles in this class during November 2020 were as follows:

In the premium sector, BMW pushed hard and reported an impressive result for the month, leaving its arch rival, the C-Class (a regular in the top spot), around 100 units behind. The Mercedes CLA seems to be catching the C-Class, perhaps as preparations for the next-gen C-Class materialise.

All up, the segment reported 1581 sales, which is up 19.1 per cent on last November. However, YTD, the figure is down 26.2 per cent. The top five best-selling vehicles in this class during November were as follows: 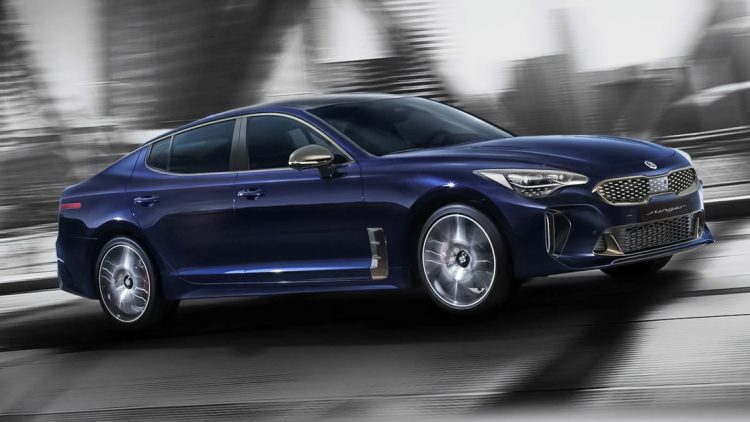 Kia Stinger sales remain consistent, and we anticipate a slight increase when the updated model arrives next year. Holden Commodore sales are dropping off more noticeably, and will soon disappear altogether.

The segment returned 210 sales overall, down 53.6 per cent for the month, and down 63.1 per cent across YTD. The only vehicles on sale in this segment during November reported the following figures:

Onto the large luxury cars and we see BMW leads the way here as well for the month, as it trades places with the Mercedes E-Class almost perfectly from month to month. The CLS-Class really dropped off this month, leaving the door open for the Volvo V90 Cross Country to swoop fourth spot.

Segment sales are up 16.7 per cent for the month, but down 25.1 per cent across YTD. The top five best-selling vehicles in this segment during November 2020 were as follows:

Sports car fans continue to prefer the Ford Mustang in the new car market, with its figure for November up 93.3 per cent compared with last November. Its nearest rival was the BMW 2 Series two-door and the Hyundai Veloster in equal measure.

Class sales topped 538 units, up 60.1 per cent for the month, with the YTD number sees a drop of 20.9 per cent. The top five best-selling vehicles in this class during November 2020 were as follows:

The BMW 4 Series saw a decent spike in November, perhaps as the new model arrives. In fact, with 107 sales, that’s up 970 per cent on last November. It outsold the common top-running Mercedes C-Class two-door by 20 units.

For the segment overall, buyers snapped up 365 vehicles during the month, down 18.7 per cent on last November. The YTD figure is down 39.4 per cent. The top five best-selling models in this segment during November 2020 were as follows: 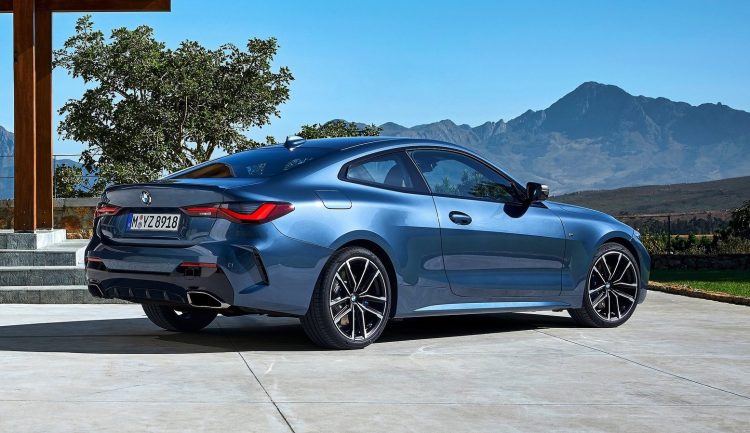 The Porsche 911 maintains its crown position at the top end of the sports car market, easily outselling all rivals. Further down though we see Bentley moved into second spot for the month, with the Mercedes-AMG GT rounding out the top three. Ferrari moved down to fourth spot following its common second-place finish in recent months.

Overall, this segment reported 90 sales, which is down 17.4 per cent for the month, with the YTD tally down 22.2 per cent. See below for the top five best-selling vehicles in this category during November 2020:

The HiLux stands firmly at the top for November, leaving the Ford Ranger for second place. It’s interesting to see the Isuzu D-Max is still holding on strong for third place, following the launch of the all-new model. However, its platform-sharing cousin, the Mazda BT-50, doesn’t seem to be experiencing a similar interest.

Isuzu is suffering from some supply issues too, so maybe the tables will turn somewhat or get closer to levelling out in the coming months. The top 10 best-selling utes (4×2 and 4×4 combined – excludes LandCruiser, LDV T60, RAM 1500 etc.) for November were as follows:

Into the 4×4-exclusive utes, and it’s the Toyota LandCruiser 70 Series that collected the most sales. The LDV T60 is right behind though, and RAM 1500 sales are holding on. The top five best-selling 4×4 utes during November 2020 were as follows: 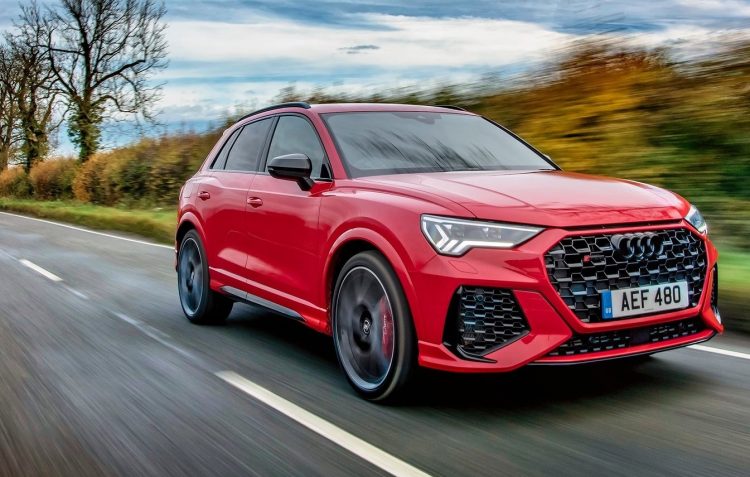 In regards to the best-seller, it’s the Toyota RAV4 once again. It will easily be the best-selling SUV of the year, and has reported 34,995 units so far, with just one month to go. The nearest competitor, the Mazda CX-5, has so far accumulated 19,919 sales.

The best-selling premium SUV in November was the Audi Q3. However, the overall favourite of the year looks like it will be between the Mercedes-Benz GLC (4175 units YTD) and the BMW X3 (3978 units). The top three best-selling SUVs in all segments during November 2020 were as follows:

Total new vehicle sales in Australia in November were up on October 2020 figures. During November, Australian consumers bought 95,205 vehicles according to VFACTS, compared with 81,220 in October. Overall sales for the month were up 12.4 per cent compared with November 2019, although down 16.1 per cent year-to-date, as mentioned.