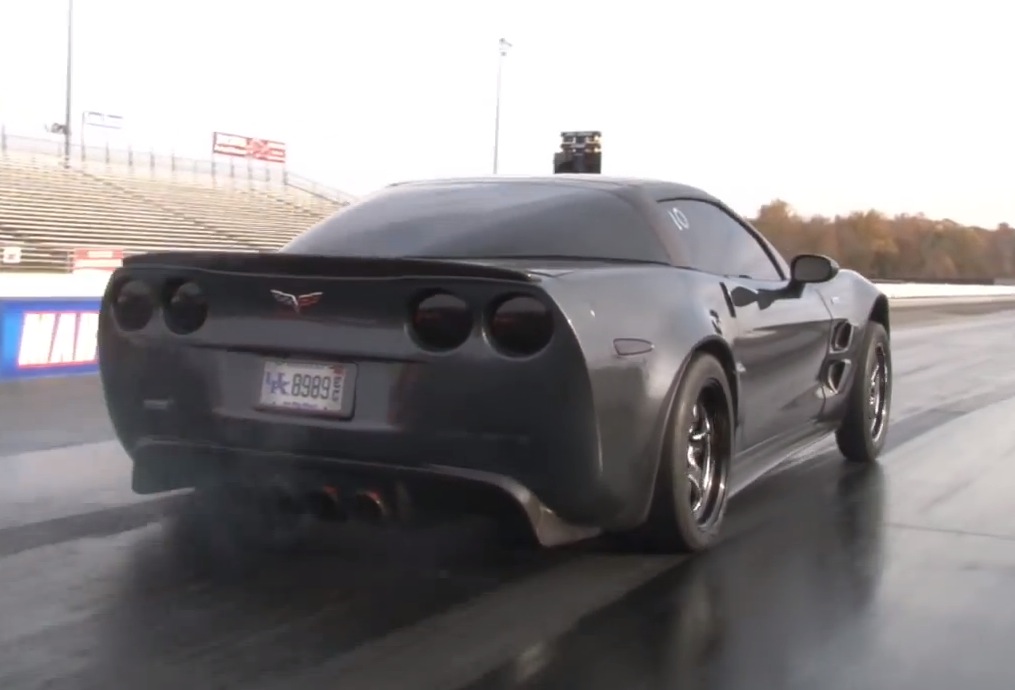 Welcome to one of the quickest previous-gen stock bottom end Chevrolet Corvette ZR1s in the world. Run by Eric Lancaster, the ‘Vette uses an extensive engine rebuild including a supercharger and nitrous system, however, the crank and block are standard. It’s understood the car still uses a factory chassis and suspension layout too. The end result is a quarter-mile in an incredible 8.92 seconds at 251.46km/h. And it has number plates.